Here’s what happened yesterday and what to expect today, Thursday, Oct. 28 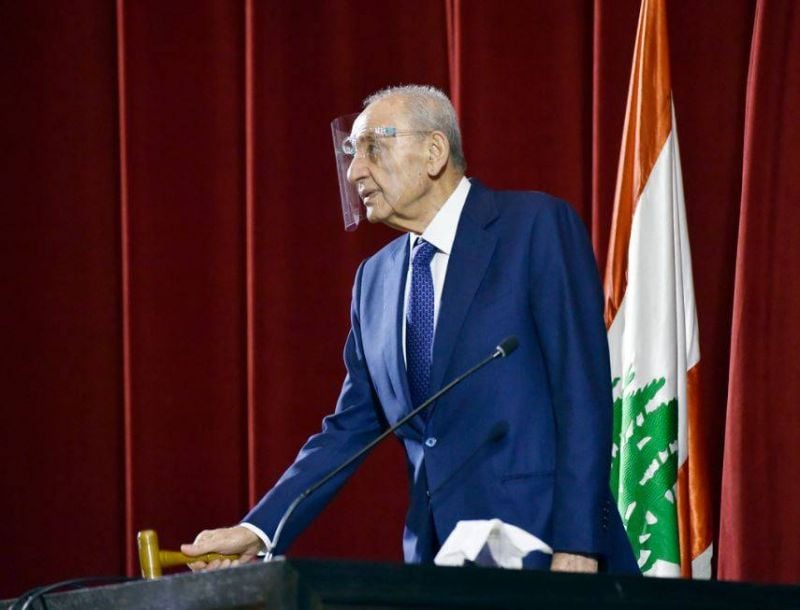 Parliament will vote today on a raft of key proposals including the electoral law for next year’s elections, which has been bounced back and forth between the president and legislators. Parliament agreed earlier this month to move up the election date from May 8 to March 27, among other procedural changes, but President Michel Aoun sent the proposal back to the chamber for further consideration. On Tuesday the joint committees voted in favor of the law once again. Other key items on today’s agenda include drafts for a long-awaited capital control law, a proposal to waive the immunity of state employees in connection to the port explosion investigation and an extension of the temporary banking secrecy exception granted to allow for a forensic audit of Banque du Liban. Civil society group Legal Agenda criticized the two draft capital control law proposals for giving too much power to the central bank. State employee immunity, if lifted, would clear the way for high-ranking officials like General Security head Abbas Ibrahim and State Security chief Tony Saliba to be prosecuted by investigating judge Tarek Bitar without needing the approval of the Interior Minister, Higher Defense Council, and Public Prosecution. Parliament will also take up amendments to the law passed in March authorizing a $246 million World Bank loan to pay for social assistance programs; implementation of the programs has been delayed, in part, because the Bank had not approved a number of the terms previously passed by legislators. Other items before Parliament include increasing the penalties for hoarding; granting the victims of the Tleil explosion a legal standing equivalent to Lebanese army soldiers killed in the line of duty, thus entitling them to government compensation; and appropriating LL1,200 billion for various expenses.

Former premier Hassan Diab filed suit against the Lebanese state yesterday, a judicial source told L’Orient Today. The lawsuit, filed in the Court of Cassation, argues that investigating judge Tarek Bitar lacks jurisdiction to prosecute Diab for his alleged criminal negligence in the Beirut port explosion, a source said, adding that this authority lies only with the Supreme Council. The Supreme Council is a special body, unused in decades, to try heads of state and ministers. Until the court rules on Diab’s suit, Bitar’s investigation into the former premier must be put on hold. Diab has repeatedly refused to appear for questioning in the case, and traveled to the US in September, during which time a hearing had been scheduled. Diab was charged with criminal negligence by Bitar’s predecessor, judge Fadi Sawwan, who was removed from the case in February.

The head of the Lebanese Forces failed to show up for a hearing with army intelligence, scheduled for yesterday morning, as supporters rallied around his home in Maarab. Samir Geagea had been summoned to the hearing by the military tribunal to explain his party’s alleged connection to the deadly Oct. 14 clashes in the Tayyouneh area of Beirut that killed seven people. Geagea, who is supportive of Judge Tarek Bitar’s pursuit of MPs and ministers as part of the Beirut port explosion investigation, has called his own summons illegal, and said he would not appear for questioning unless Hezbollah leader Hassan Nasrallah does so first.

The Saudi Foreign Ministry gave Lebanon’s ambassador an “objection note” following a dust-up over comments made by the information minister regarding the war in Yemen. George Kurdahi criticized the Saudi-led military campaign and said that their enemies, the Houthis’, had acted in “self-defense.” Kurdahi made the comments in early August, before he became a minister, on a talk show episode that only aired this week. Lebanon’s Ministry of Foreign Affairs immediately distanced itself from the remarks, while Kurdahi refused to apologize for his views, which he said were his personal views and not those of the Lebanese government. The UN puts the death toll in the ongoing seven-year-long war at more than 230,000.

In a further blow to Lebanon’s beleaguered agricultural sector, Qatar announced it would ban imports of six types of herbs and vegetables from Lebanon. Recently analyzed samples of mint, parsley, watercress, coriander, thyme and mloukhieh contained high levels of pesticides, E. coli bacteria, and lead, a statement from the Qatari public health ministry reported. All Lebanese agricultural products have been banned from Saudi Arabia, the Gulf’s largest economy, since April. Saudi authorities said the ban, which includes banning transit shipments to other Gulf countries, was in response to the discovery of narcotics hidden inside produce shipments coming from Lebanon. The loss of the Gulf market has been devastating for Lebanon’s farmers.

Want to get the Morning Brief by email? Click here to sign up.Parliament will vote today on a raft of key proposals including the electoral law for next year’s elections, which has been bounced back and forth between the president and legislators. Parliament agreed earlier this month to move up the election date from May 8 to March 27, among other procedural changes, but President Michel Aoun...