Alvarez & Marsal has tightened its requirements from the first agreement with the Lebanese state, requesting to be paid up front before the start of each new stage of the audit 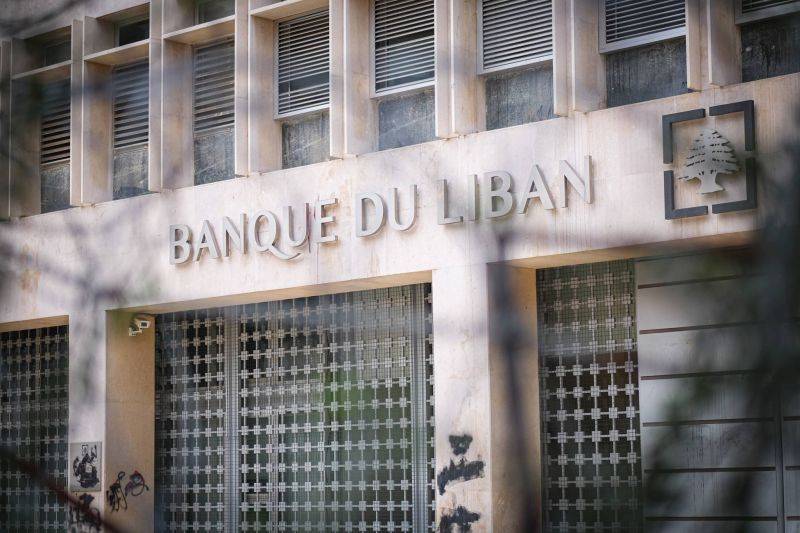 The new contract, which amounts to $2.74 million, is more expensive than the first, which was only $2.1 million. (Credit: João Sousa/L'Orient Today)

On Sept. 17, Finance Minister Youssef Khalil signed a new contract for the international consulting firm Alvarez & Marsal to carry out a forensic audit of Banque du Liban's accounts. The Finance Ministry told L'Orient-Le Jour that the firm would also later review public institutions' accounts, but this task is not stipulated in the present contract.

The audit consists of tracing the thread of transactions recorded in BDL's accounts over five years, which the central bank's balance sheet shows were marked by colossal losses in the public sector and in commercial banks that had invested heavily in profitable state-issued bonds.

The new audit will complement an accounting audit to be carried out by the Dutch firm KPMG in cooperation with Oliver Wyman, a Switzerland-based central bank specialist, under a contract signed on Sept. 1, 2020.

Many countries, including France, and the International Monetary Fund have repeatedly expressed their wish to see a complete and credible audit of BDL's accounts.

The contract, signed two weeks ago, is Lebanon's second agreement with the firm, with the first having been signed on Sept. 1, 2020, on the sidelines of French President Emmanuel Macron's visit to Beirut in the wake of the 2020 port explosion.

On Nov. 27, the firm terminated the first contract upon BDL's refusal to provide it with the documents necessary to carry out the audit. The central bank cited a law on banking secrecy to justify refusing to disclose the documents.

But on Dec. 21, Parliament passed a law lifting banking secrecy from BDL's and public institutions' accounts for a year in a bid to resume the audit.

However, several months passed before the new agreement could be concluded.

The contract was finally drawn up on Aug. 24, 2021, under former Finance Minister Ghazi Wazni, whose name was manually struck from it before it was signed by the new minister and published on the ministry's website.

The wording of Alvarez & Marsal's scope of work is almost the same as in the previous agreement, whereby the firm will "validate that funds relating to financial transactions that have occurred at the BDL level, or through accounts at BDL, during the last five years have been used for their intended purposes"; "examine financial engineering transactions conducted in the last 5 years"; and "perform a detailed analysis of the breakdown of the movement in commercial bank deposits over time at a customer and group level, especially during the period of financial engineering operations."

The five-year audit period has not been specified, so it is unclear whether the firm will start examining information from 2016 or from 2017, a year later, when financial engineering operations began. At that time, unorthodox financial tools made it possible for Lebanese Treasury bills denominated in lira and Eurobonds denominated in foreign currencies to be exchanged between the Finance Ministry and BDL and between BDL and commercial banks.

Under the first contract, BDL was supposed to send the data requested by A& M in no particular order, and the firm had to compile these data and transmit them to the state before even drafting its first provisional report.

The new agreement, however, is based on the understanding that the data's compilation and their transmission to the Finance Ministry were already carried out by BDL from Oct. 20, 2020.

A& M must therefore carry out its audit based on those data, and on data that were transmitted this year when the Finance Ministry reconnected with the firm and convinced it to start the work.

The ministry did not indicate whether Alvarez & Marsal had made any new requests and, if so, whether BDL had responded favorably.

Notably, the audit firm has no direct contact with the central bank, with the Finance Ministry taking up the role of intermediary between the two parties.

The audit operations should extend over at least 12 weeks, in addition to the time it will take to carry out the various payments requested by A& M and the time necessary for the firm to assess whether the data made available are sufficient to carry out the audit. (This phase begins with an initial period of two weeks that can be extended depending on possible exchanges with BDL.)

In summary, the audit operation comprises three main stages: data verification, a decision to commence and the forensic audit itself, which begins 10 days after the commencement decision if payment is made on time. This last step was not mentioned in the first contract.

It should also be noted that the law temporarily lifting banking secrecy on public accounts expires on Dec. 29, 2021. This means that Alvarez & Marsal will not have enough time between now and Dec. 29 to complete the audit, factoring in the 10-day period from the commencement decision and two weeks of examining the data provided, not to mention possible payment delays on part of the Lebanese state.

The new contract, which amounts to $2.74 million, is more expensive than the first, which was $2.1 million. More precisely, A& M requested a fee of $2.52 million for the forensic audit and $220,000 to cover other expenses such as travel, accommodation and IT supplies.

Payment must be made through HSBC Bank PLC, the same bank mentioned in the first contract.

The fee and expenses are due in four installments — the first being $100,000, due upon the terms of the agreement being signed and payable before Alvarez & Marsal begins its review of the initial data provided by BDL. This amount was due on Friday, Oct. 1, according to L'Orient-Le Jour's analysis. The Finance Ministry confirmed this week that it had paid the amount, but did not specify exactly when the payment was made.

A& M tightened its payment terms this time around, demanding to be paid up front for each phase of the audit operation — a guarantee to avoid delays from the Lebanese state, which should have paid a deposit of $840,000 upon signing the first contract in September 2020 but failed to do so.

Alavrez & Marsal had to wait until August to receive $150,000 in compensation for the contract's termination.

The compensation for terminating the contract has also been changed under the new agreement.

In 2020, Alvarez & Marsal planned to mobilize a team of 16 people to carry out the audit. This included James Daniell, Alvarez & Marsal's CEO, who also signed the new contract on behalf of the firm, and directors-general Paul Sharm and Daniel Barton, two project leaders. The new agreement does not specify the team.

In case of any dispute, the firm will be reimbursed for the reasonable fees and expenses it incurred carrying out its work, except with respect to legal action or arbitration that may arise from the dispute in the case that the firm receives an unfavorable decision.

The contract, however, provides no further details regarding what might constitute a dispute, and this provision on cases of dispute did not figure into the initial contract.

Another addition to the new contract is that any claims by the Lebanese state shall be brought against only Alvarez & Marsal Middle East Limited — which drafted the agreement — and not any of the firm's shareholders or members individually.

The Finance Ministry did not respond to a request for comment.

On Sept. 17, Finance Minister Youssef Khalil signed a new contract for the international consulting firm Alvarez & Marsal to carry out a forensic audit of Banque du Liban's accounts. The Finance Ministry told L'Orient-Le Jour that the firm would also later review public institutions' accounts, but this task is not stipulated in the present contract.The audit consists of tracing the thread of...