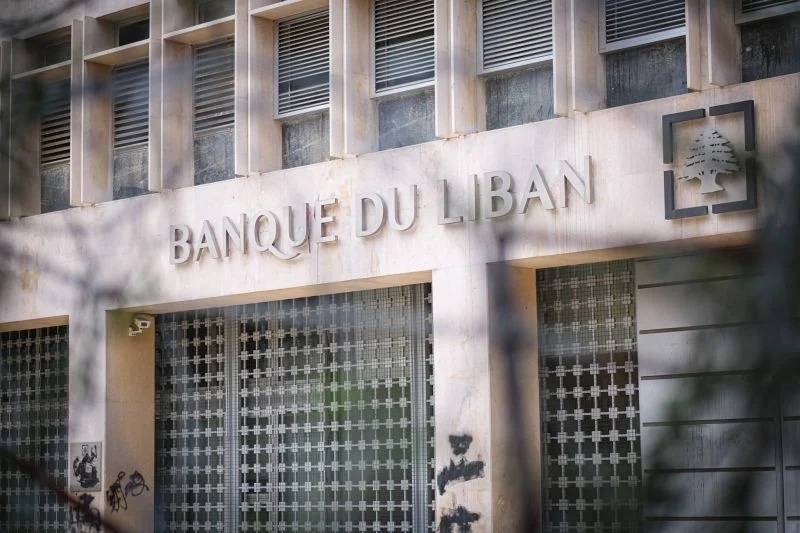 BEIRUT ​​— Lebanon’s $72 billion financial losses are so large — equivalent to more than three times the GDP in 2021 — that they are “too big to bail,” the World Bank said in its periodic report on the Lebanese economy, released Wednesday.

Diverting revenue from state-owned assets and selling off publicly held real estate to repay banks would not be enough to make up the losses, the bank said, even if potential but uncertain future oil and gas revenues are factored in.

A taxpayer-funded bailout would also be “unviable,” the report said, as well as inequitable as it would “redistribute wealth from poorer to richer households” and in particular “a few high-net-worth individuals” who hold outsized deposits.

Instead, the bank called for a “bail-in” in which deposit amounts above a particular threshold are converted into equity in the banks. The bail-in proposal has been on the table almost since the start of Lebanon’s economic crisis.

Lebanon’s civil servants are leaving in droves. They won't be replaced soon

Most bank owners and their allies have vehemently opposed the measure, demanding that taxpayers make up their private losses via diversion of state revenues and sales of publicly held assets. Their intransigence has been a major obstacle to the adoption of an economic recovery plan for the past three years, during which time the money initially available for a rescue plan has all but dissipated.

At an event in Beirut marking the release of the report Wednesday, economist Alia Moubayed said there were many “missed opportunities” to get a recovery plan underway, noting that she and others mapped out the plan for a depositor bail-in three years ago.

“It would have been possible to apply a bail-in at the then-depreciated exchange rate and end up with a 25-30 percent bail-in,” she said. But three years later the terms of the financial sector restructuring will likely be worse.

She criticized politicians who persist in saying that the principles adopted by the government years ago, in line with the recommendations of international organizations, need to be rethought. “As long as we remain marred by this endless discussion and these conflicting narratives and disinformation that is plaguing the country, we are only dragging ourselves into a bigger hole that it will be much more difficult to get out from.”

Lead economist on the report Dima Krayem also sought to move beyond the framework of divvying out losses between the state and banks on the basis of who is believed to be more at fault in causing the crisis, saying “It’s not an issue of responsibility, it's an issue of viability.”

A bailout, she said, would not be viable.

Bankmed CEO Michel Accad, who participated in a panel discussion of the report following Krayem’s presentation, called for a “decoupling” of the issues of responsibility for the crisis and the ability to pay to get out of it.

Accad claimed that the state is mainly responsible due to expensive policies such as the currency peg and electricity being sold below cost. But, since it cannot pay, the government’s current draft recovery plan, which appears largely in line with the World Bank’s vision, is “the least bad plan” on offer.

“There is a fair plan in the making and we should move towards it,” he added.

As part of its review of the most recent months of Lebanon’s economic life, the report said that new data was causing the World Bank to revise their previous estimation for Lebanon’s real GDP in 2021.

From the first year of the recession in 2018 until the end of 2021, the total contraction in real GDP has been 37.3 percent, the bank estimates, erasing the previous 15 years of economic growth.

For 2022 they project a further real GDP contraction of 5.4 percent.

Public finances “improved” in 2021, the economists found, because despite the partial collapse in state revenue collection, the collapse in state expenditures was even greater amid a “passive approach to fiscal policy” — one in which the government effectively sits on its hands. State revenues dropped from an already low 13.1 percent of GDP in 2020 to 6.6 percent of GDP in 2021, “among the lowest rates globally,” the report noted. Spending, however, dropped from 10.5 percent of GDP to 5.9 percent in 2021.

While nominally a good thing for the state’s balance sheets, the drop represents a dramatic reduction in spending on crucial services like public education, healthcare, law enforcement and social assistance.

US pledges $72 million in humanitarian assistance to Lebanon

Among those bearing the brunt of these cut costs are people whose pensions and healthcare are paid out by the National Social Security Fund and public sector workers whose Lebanese lira salaries have been decimated, leading to an exodus from the sector.

In terms of trade, the report found that, contrary to normal expectations for countries in depression, Lebanon’s current account deficit continued to grow, with the difference between imports and exports being financed from Banque du Liban’s dwindling reserves and importers’ stocks of dollar cash.

“For most indicators,” the report found, Lebanon’s economic performance is worse than a collection of other economies in crisis chosen for comparison.

Looking at crises in Zimbabwe, Venezuela, Somalia and Yemen, the report found Lebanon doesn’t come out looking good, which they attribute to the “deliberate depression”— a term they coined in an earlier report to denote the alleged self-inflicted nature, by elites, of Lebanon’s economic crisis.

Correction: This article has been updated to reflect the fact that the total contraction in real GDP was 37.3 percent from 2018 to the end of 2021. A previous version of this article stated that the figure was 34.6 percent.

BEIRUT ​​— Lebanon’s $72 billion financial losses are so large — equivalent to more than three times the GDP in 2021 — that they are “too big to bail,” the World Bank said in its periodic report on the Lebanese economy, released Wednesday. Diverting revenue from state-owned assets and selling off publicly held real estate to repay banks would not be enough to make up the losses,...