Could selling off state assets save Lebanon’s financial system? Not even close, a new study says 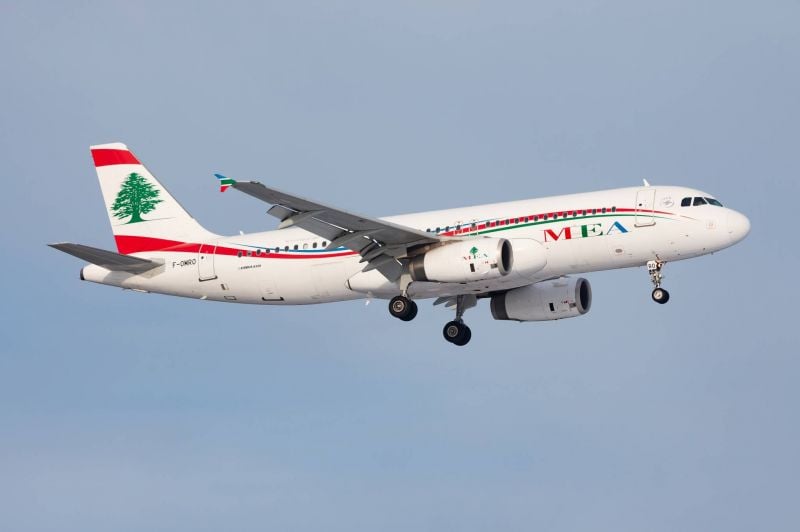 BEIRUT — The value of Lebanon’s public assets has over the past year become a countrywide guesstimation game, but an independent study’s findings released on Monday put their worth well below even the lowest estimate.

Last April, a proposal to save Lebanon’s economy co-authored by Ziad Hayek, former secretary-general of the Higher Council for Privatization, set the value of the state’s assets at $24 billion; in May, the Association of Banks in Lebanon put it at $40 billion; and two weeks ago MP Farid Boustany (FPM/Chouf) tweeted that the state had assets worth more than $200 billion.

However, on Monday, Albert Kostanian, a senior policy fellow for economics at the Issam Fares Institute at the American University of Beirut, released a summary report of its valuation of Lebanon’s public assets and the requirements to privatize them. The snag: Kostanian’s study values the assets at far less than other parties, raising questions over the viability of plans to use these public assets to bail out the banking sector.

In May, ABL called for the establishment of a “government debt defeasance fund” in which its estimated $40 billion in state assets would be placed to settle the losses in the financial system.

Their plan, mainly based on this fund, seeks to minimize the damage to depositors by distributing state revenues to banks’ customers.

“We are calling for the creation of a $40 billion state fund in collaboration with the central bank that includes the state assets, in hope that this fund will be managed to pay the central bank’s debts through a long-term and low-interest bond,” said Salim Sfeir, ABL’s chair.

However, when asked to provide the research that led the association to set Lebanon’s public assets at $40 billion, ABL’s spokesperson told L’Orient Today, “There was no study, it was [just] a valuation.”

Kostanian’s study, which he said would be released in full next week, concludes that the process of privatizing public assets would generate between $5.88 and $13.36 billion, depending on which state assets are sold.

Privatization occurs when a government-owned business or property becomes owned by a private, non-governmental party.

The IFI figure is based on the official peg of LL1,507.5 to the dollar. However, on the parallel market, the lira currently stands at 8,800 per greenback; therefore, Lebanon’s public assets are actually worth about a fifth of their value in cash dollars.

What are these assets and how much is each worth?

Middle East Airlines, the national airline founded in 1945 and majority-owned by Banque du Liban, is worth around $670 million, while Casino du Liban — of which BDL and the Lebanese state, partly through Intra Investment Company, own more than half — is valued at $370 million, the study states.

It adds that the government owns around 860 million square meters of real estate, 85 percent of which is located in the Bekaa. The value of properties in this region is significantly lower than that of those in the capital.

Kostanian estimates the values of these lands at $10.75 billion, but a “realistic privatization program” would only include selling 30 percent of these assets, which means the treasury would only receive around $3.2 billion, the study says.

Placing such lands up for sale might negatively impact the market value of these assets, since the release of a large supply could outstrip demand and exert downward pressure on their fair market price, Kostanian said during his presentation on Monday.

The report also estimates that Lebanon’s telecommunications assets would generate $3.2 billion if completely privatized and that the Régie Libanaise des Tabacs et Tombacs — the state-owned tobacco monopoly — is worth $1.57 billion.

The airport, Electricite du Liban, ports, and water and wastewater management would most likely be developed via concessions and would only yield long-term benefits. Under such arrangements, the private operator would be responsible for operating and maintaining the utility, without financing the investment. This would boost these utilities’ productivity and efficiency, but would not generate revenue for the state in the short run.

Due to mismanagement and corruption in the public sector, these entities generally provide poor services and have become inefficient. Their privatization would likely improve both prices and quality, increase competition, and pierce the oligarchy that took control of the country’s economy in the post-independence period.

It states that under a “realistic privatization program,” the state would only sell MEA, CDL, 50 percent of its telecoms ownership, and 30 percent of its real estate. This would yield about $5.88 billion.

According to the report, a more bullish privatization would generate around $13.36 billion, but would entail selling MEA, CDL, all telecommunications entities, RLTT, and 70 percent of public real estate.

Jean Riachi, CEO of FFA Private Bank, estimates that the conservative approach presents a more realistic perspective on the valuation.

Such an estimation means that ABL’s plan overstates the value of the state assets by about seven times.

However, regardless of the valuation and the size of losses, privatization in the current environment would be “an unfair process that will only benefit the political elites and their cronies,” Kostanian’s report anticipates.

Simply put, Lebanon’s properties should not be offloaded “to cover the financial sector’s losses nor the shortfall of the state budget,” Riachi added.

Any plan based on directly selling state assets or any path to privatize state assets through a fund to cover banks’ losses would barely cover a small tranche of their losses, which stood at LL186 trillion last April. That figure is certainly much higher now.

These assets should be fairly privatized to improve their productivity and provide economic growth. However, a fair privatization process in Lebanon remains a long way off.

Public assets would likely be acquired in a non-transparent manner by the country’s “well-connected firms or crony capitalists seeking to make rapid revenues at the expense of the general public,” according to the report.

Riachi reinforces the study’s presumption, anticipating that attempts to privatize state assets would benefit the “kleptocrats, who will share these assets with their cronies.”

Meanwhile, the requirements needed for an adequate privatization process that would lead to sustainable development are simply unavailable.

Lebanon needs to ensure that its laws are being properly implemented. The country should also build an operationally efficient capital market and develop an independent judiciary to protect and attract potential investors.

Lebanon’s heavily politicized and inefficient judiciary discourages foreign investors from engaging in activity in the country.

A successful privatization would also require the country to “change its political persona,” Riachi said.

Despite the spiraling financial crisis over the past two years, no genuine reforms have been enacted to date. Lebanon’s political leaders have presented few, if any, plausible policy reforms.

Members of Parliament, banks and Banque du Liban have thus far disrupted roads to reform. Rescue talks with the International Monetary Fund were suspended after disputes over the scale of losses in the banking system.

Having the appropriate financial, judicial and political conditions to privatize state assets remain a long way off.

BEIRUT — The value of Lebanon’s public assets has over the past year become a countrywide guesstimation game, but an independent study’s findings released on Monday put their worth well below even the lowest estimate.Last April, a proposal to save Lebanon’s economy co-authored by Ziad Hayek, former secretary-general of the Higher Council for Privatization, set the value of the state’s...