Many were expecting deputies to openly formalize an increase in the official exchange rate to LL15,000, as was mentioned during the Parliamentary session, but the budget introduced a more insidious change of direction 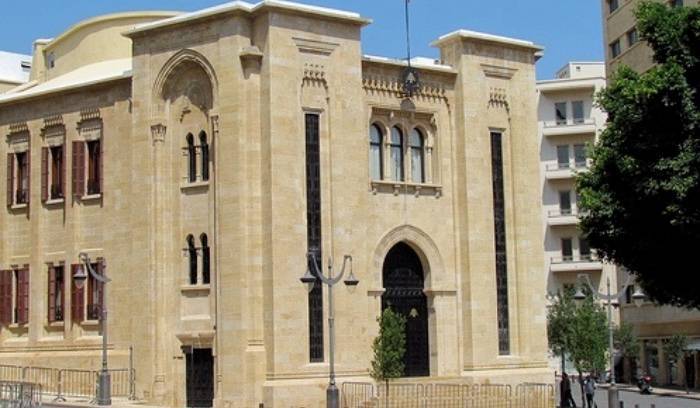 More than seven weeks after passing Parliament, and ten and a half months after the start of the year it applied to, the 2022 state budget was published in the Official Gazette midday Tuesday, thus ending the suspense. The budget is now in effect.

The final text contains 120 articles and only 208 pages; the 1000-plus pages in the draft budget that detailed the expenditure of the ministries were not published in the Official Gazette. The preamble, which sets the general philosophy of the text, was also not included in this final publication.

Far from being capable of addressing the causes of the crisis and mitigating its effects, the budget is more a finance law aimed at covering a package of public expenditure. It details expenditures, including a temporary increase in public sector salaries, which are tripled between Oct. 1, 2022 and the end of the year.

Many were expecting the deputies to openly formalize an increase in the official exchange rate to LL15,000, as was mentioned during the Parliamentary session.

Instead, the budget introduced a much more insidious change of direction, confirming the abandonment of the official parity of LL1507.5 to the dollar, which has become obsolete in the context of the brutal depreciation of the pound.

Tax lawyer Karim Daher, who examined the document as soon as it was published, noted certain articles which go in the direction of changing the exchange rate surreptitiously, such as the mention of “effective rate,” which appears in Article 35, to designate the amount of employee payroll deductions. This effective rate must be defined by “a decision issued by the Ministry of Finance and the Banque du Liban.”

Another clue that the government is messing with the exchange rate is the fact that Article 19 provides for the opening of a foreign currency account at the BDL to accommodate the "duties and taxes due in US dollars" or other currencies collected by the state. Article 87 details the list of categories of mandatory levies payable in dollars, including tax on capital gains and interest from, foreign and domestic, as well as commercial port fees, consular fees, and passenger airport fees.

The drafters of the budget went even further in an article dealing with fees levied by embassies and consulates. The article mentions “fresh” dollars and euros, an invention of the banking system which was born following the generalization of the illegal restrictions put in place by the banks to restrict depositors' access to their foreign currency funds since the beginning of the crisis.

Finally, although the famous customs dollar – the rate used to calculate customs duties in pounds from the duty-free prices in dollars of customs-cleared products – has not been introduced, there is nothing to prevent the executive from counting on its delegated authority given in 2018 for five years to the High Council of Customs to do so in its place.

The issue of the exchange rate is not the only problem. As many pundits feared, the new budget also introduces retroactive tax measures. This is, for example, the case of Articles 27 and 28 (tax on industrial, commercial and non-commercial profits), 33 (taxes on wages, salaries and pensions), 41 (flat-rate tax on holding companies) and even 43 (flat tax for offshore companies). At the end of each of these articles is an explicit mention that the provisions apply retroactively from January 1, 2022.

“This goes against the principle of non-retroactivity which prevails in tax matters. These references could easily be the subject of an appeal before the Constitutional Council,” said Daher.

The 2022 budget also contains several budgetary riders — provisions that have no place in a finance law — such as amendments to the new Public Procurement Law.

“It is a budget that is particularly poor in reforms and unfair to taxpayers, since it increases many indirect taxes [such as notarial fees or taxes on certain imports] which are skyrocketing,” added Daher.

In terms of figures, the text expects a deficit of LL10.89 trillion, in line with expectations after the Parliament vote on Sept. 26.

What changed from the March 2022 draft?

The draft budget presented to Parliament in March 2022 projected expenses of LL47.33 trillion against revenues of LL39.11 trillion, leaving a deficit of 8.22 trillion. (This figure did not include EDL treasury advances.)

In contrast, the final version of the budget included lower spending amounts across many public administrations. The biggest cut was to the catch-all “budget reserve” item, which shrank from LL7.20 trillion to LL2.77 trillion. Budget reserves are sums set aside to meet certain expenses, in particular unforeseen ones.

These reduced spending estimates did not shrink the deficit because the final version of the budget includes a much lower estimate of revenues — LL29.99 trillion — roughly LL10 trillion less than the government's draft earlier this year. Tax revenues are projected to reach LL19.54 trillion, or 65 percent of total revenues.

As in previous years, the largest outlays were for the ministries of Defense, Interior, and Education.

The budget also contains a number of tax policies that try to shape the economy and seem aimed at decreasing its reliance on imports.

In order to promote domestic manufacturing, a customs duty of 10 percent is imposed on imported goods “if similar goods and merchandise are manufactured in Lebanon in sufficient quantities for local consumption.” The ministers of finance, industry, and agriculture will determine which products fall under this category.

Industrial establishments receive a permanent 50 percent tax deduction on profits from industrial exports provided the profits are returned to Lebanon. For the first five years, this tax deduction is 75 percent. Startups established during the next five years pay no income tax on profits for their first five years of operation. Other companies established before Dec.31, 2024, in fields "the government wishes to develop" pay no income tax on profits for seven years from their start date and receive discounts on other fees.

Imported solar energy systems are exempt from Valued-Added Tax (VAT) and customs duties until the end of 2023. New electric cars are also exempt from VAT and duties, while hybrids get a partial deduction.

Similar to the draft of the budget, the final version includes tax benefits for people permanently disabled as a result of the Beirut port explosion, as well as the heirs of people who died in the explosion.

More than seven weeks after passing Parliament, and ten and a half months after the start of the year it applied to, the 2022 state budget was published in the Official Gazette midday Tuesday, thus ending the suspense. The budget is now in effect.The final text contains 120 articles and only 208 pages; the 1000-plus pages in the draft budget that detailed the expenditure of the ministries were...