Shipwreck deaths mount, banks to reopen, Parliament to resume budget vote: Everything you need to know to start your Monday

Here’s what happened over the weekend and what to expect today, Monday, Sept. 26: 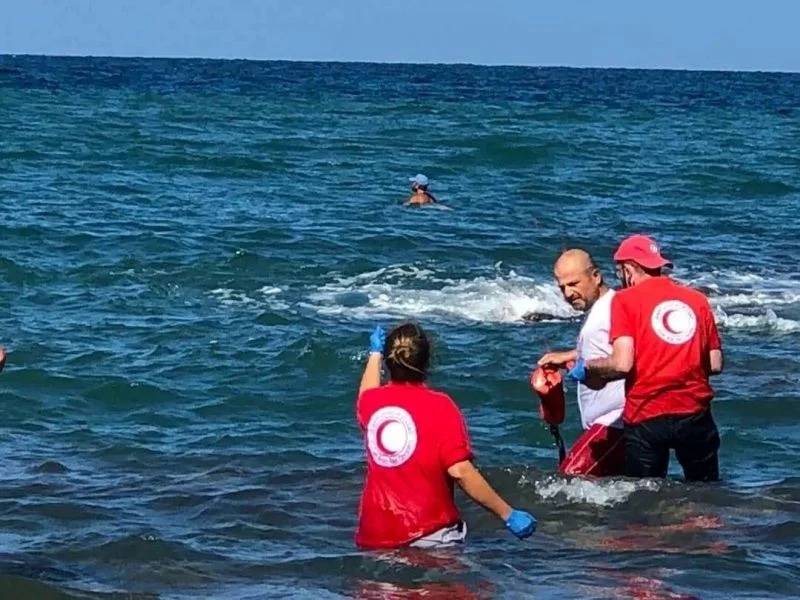 Banks will partially reopen today in a “compromise between the need to serve customers … and the need to ensure the safety of their employees,” the Association of Banks in Lebanon (ABL) said in a statement Sunday. Opening procedures will be at each bank’s discretion, the statement added, assuring that basic banking services for individuals and businesses would be available through the ATM networks. “Some banks will assign some of their staff to some of their branches to perform certain operations, or even receive customers by appointment,” a banking source told L’Orient Today. Yesterday’s statement came in the wake of an ABL decision last week to close banks indefinitely, extending a three-day strike that began last Monday in protest of “repeated attacks” on the banking sector after a series of holdups by depositors the previous week. Lawyers’ collective Mouttahidoun, which claimed to have “coordinated” two holdups, also released a statement Sunday in response, threatening retaliatory “actions” to the “abuses of the banks.” Since the onset of the economic crisis in 2019, commercial banks have implemented informal capital control measures limiting depositors’ access to their funds. BLOM Bank CEO and ABL board of directors member Saad Azhari deflected blame onto the state, which he claimed failed to “adopt the urgent measures necessary” by passing a law on capital controls.

The total death toll in the shipwreck of a migrant boat that left Lebanon and sank off Syria on Thursday has risen to over 100. “Collective action is urgently needed to stop families dying at sea,” UNICEF said on Friday. On Thursday, Syrian authorities first reported more than 30 victims off the northwestern Syrian port city of Tartus, and the figure has continued to rise over the weekend. At least 14 survivors are recovering in hospitals in Syria, while six others have been discharged. Two remain in intensive care in al-Basel Hospital, Syria's official SANA news agency reported. Estimates place the number of people aboard the vessel at 150, most of them Lebanese, Syrian and Palestinian. The migrants, which included children and elderly people, were reportedly aiming for Italy. Victims’ families in Lebanon mourned the deaths across the country amid a second day of funerals Saturday. The relatives criticized authorities’ inaction while the Lebanese Army announced the arrest of an alleged perpetrator behind “the recent [people] smuggling operation from Lebanon to Italy by sea.” Meanwhile, in Beirut, supporters of the Syrian Social Nationalist Party paid tribute Sunday to the victims during the party’s annual parade.

“There must be no resignation of the government, no reshuffling of the government, no presidential vacancy,” Maronite Patriarch Bechara al-Rai said yesterday, calling for the election of President Michel Aoun’s successor within the constitutional deadline. “The wait for a consensus [on the next president] is a double-edged sword,” Rai added in Sunday’s homily, as the end of Aoun’s term, Oct. 31, approaches. Fears loom that no presidential successor will be named while Lebanon remains governed by a caretaker cabinet — the prerogatives of which have become a point of contention between the president and caretaker prime minister. Grand Mufti Abdel-Latif Derian on Saturday also called for presidential elections within the deadline while remaining “optimistic” about a new government being formed in “the coming days.” Derian’s statement echoes Hezbollah official Naim Qassem’s claim on Saturday that “a new government could be formed next week.” Finally, Mikati remarked to television station MTV that he hoped meetings with Aoun this week would prove conclusive for government formation.

US State Department spokesperson Ned Price on Thursday claimed that US mediation has been successful in narrowing disagreements in the maritime border dispute between Lebanon and Israel. US envoy Amos Hochstein has mediated indirect negotiations between Lebanon and Israel after the latter in June deployed a vessel to a contested gas field. Lebanese Deputy Parliament Speaker Elias Bou Saab handed over Lebanon’s response to the latest Israeli demands to Hochstein on Tuesday. “We are still waiting for some answers,” Mikati said, noting that despite reaching an “advanced stage” in the indirect negotiation there remain “essential points concerning the agreement” to be discussed. The talks are far from having reached their “final” phase, Mikati added.

Parliament is scheduled to convene today to resume voting on the 2022 draft budget law. Parliament lost quorum during the last session to discuss the budget on Sept. 16 after MPs walked out. “No budget is better than the current budget,” MP Ghassan Hasbani (Lebanese Forces/Beirut I) told local television station Al Jadeed after leaving the session. Several MPs also voiced criticisms regarding the bill. The Finance and Budget Committee forwarded the draft budget to the General Assembly in late August despite disagreements among members. The International Monetary Fund set the adoption of a credible, balanced budget among the reforms expected from Lebanon in order to unlock a multi-billion dollar assistance package. The IMF conducted a three-day visit last week at the end of which it criticized delays in reform implementation.

In case you missed it, here’s our must-read story from yesterday: “After paying for gas, the average-earning Lebanese teacher has only $3 a month to live on”

Want to get the Morning Brief by email? Click here to sign up.Banks will partially reopen today in a “compromise between the need to serve customers … and the need to ensure the safety of their employees,” the Association of Banks in Lebanon (ABL) said in a statement Sunday. Opening procedures will be at each bank’s discretion, the statement added, assuring that basic banking services...