Opposition rejects Berri, hundreds of preferential votes wasted, more electoral violations: Everything you need to know about yesterday and the elections to start your Friday

Here’s what happened yesterday and what to expect today, Friday, May 20 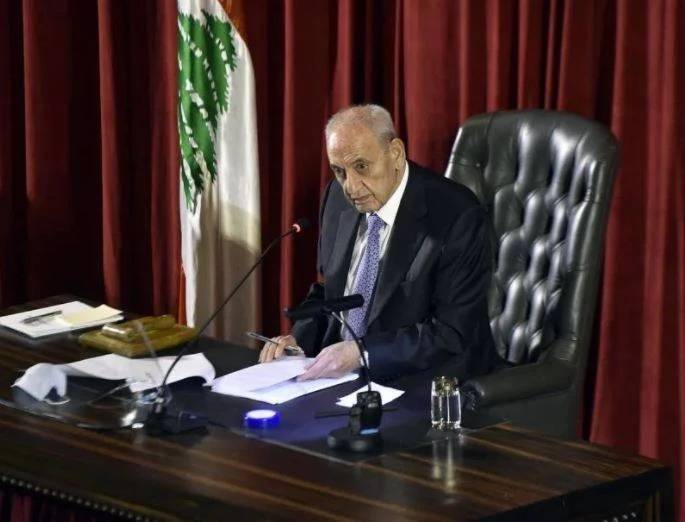 Several newly elected opposition deputies have expressed their refusal to re-elect Nabih Berri as Parliament speaker. Berri, who heads the Amal Movement, has filled that influential position since 1992. MP Waddah Sadek (“Beirut the Change”/Beirut II) and head of the Khat Ahmar (“Red Line”) party, who is in hot water for his recently resurfaced anti-LGBT comments, told television station LBCI on Thursday morning that “if we [MPs] elect Berri to head the parliament, we will cancel ourselves as [agents] of change.” Sharing a similar stance, MP Halimeh Kaakour (Opposition/Chouf) told VDL (93.3) radio that re-electing Berri would not be acceptable to opposition or independent MPs, adding that they would seek an alternative. MP Mark Daou (“United for Change”/Aley, Mount Lebanon IV) and Sadek said opposition MPs would not vote for Berri as speaker on the grounds that it is not constitutionally necessary to elect a Shiite as head of Parliament (or Sunni prime minister or Maronite president), Nidaa Al-Watan newspaper reported Thursday morning. While Lebanon’s constitution does not stipulate sectarian allotments for state positions, by convention the head of the Parliament has been reserved for Shiite politicians. These anti-Berri statements followed comments made by MP Fouad Makhzoumi (“Beirut Needs a Heart”/Beirut II), who on Tuesday said that he would “not vote for Berri” as speaker and incumbent MP Samir Geagea (Lebanese Forces/Bsharri, North III) who also said on Monday that LF “will not vote again for Nabih Berri as we have not done so in the past since 2005.” The incoming Parliament is slated to hold its first session next week, with May 21 marking the end of the previous legislature’s mandate elected in 2018. Its first order of business is, you guessed it, the election of a new speaker.

Four days after the parliamentary elections, the price of bread climbed again on Thursday, as the Lebanese lira continues to depreciate against the dollar on the parallel market. According to the new prices published by the Economy Ministry, a family bundle package of white bread of 1,095 grams now costs LL16,000, a 13.24 percent increase in the per-gram price. The price of a large package increased by 12.6 percent in the per-gram price, with the other sizes experiencing similar increases. According to the state-run National News Agency, the price increase is linked to that of fuel prices, which adversely affect the cost of production of flour, bread and transport. These factors are added to the rise in the price of wheat in international markets due to the Russian war in Ukraine, with those countries being two of its main wheat importers.

Hundreds of preferential votes have gone to waste in the 2022 parliament elections due to unofficial candidacy withdrawals, our data show. At least four parliamentary candidates and one electoral list have announced that they withdrew their candidacy after the deadline, rendering them invalid by law. The deadline for candidates to officially withdraw through the Interior Ministry closed on March 30, and the withdrawals of those who did so after are not officially recognized by Lebanese election law, thus their names remained on electoral lists. For instance, In Beirut II, the Madinati party withdrew its “Beirut Madinati” electoral list in early May but still managed to gain 358 votes for the list. Two of the candidates on the list, Sara Yassine and Paula Rbeiz, decided to hold on to their candidacy without their list, winning 84 and 97 preferential votes respectively. Similar instances of wasted votes occured in the North I and Bekaa II constituencies, however, none of the withdrawn candidates received enough votes to earn seats in Parliament. Browse our full dataset of candidates and list vote tallies here.

The Election Supervisory Commission on Thursday reported several violations observed on election day. In a statement, the commission listed vote-buying practices, an increase in intimidation and threatening speeches “which fueled sectarianism and distorted the electoral process” as well as a complete disregard of the electoral silence, by media, candidates, lists and political parties. The commission identified 324 violations related to electoral silence. Earlier this week, both a European Union Election Observation Mission and the Lebanese Association for Democratic Elections voiced similar concerns regarding the electoral process, listing almost identical violations in their reports. The European Union Election Observation Mission that monitored Lebanon’s elections said in its preliminary report that the electoral process was “overshadowed by widespread practices of vote buying and clientelism, which distorted the level playing field and seriously affected the voters’ choice.” Despite these many registered violations, its Chief Observer Gyorgy Holvenyi praised the fact that the elections had gone forward at all and deemed the results “valid.”

In case you missed it, here is our must-read story from yesterday: “Lebanese parliamentary elections: Official figures reveal five main trends.” Make sure to check out our election result data and statistics page here.

Want to get the Morning Brief by email? Click here to sign up.Several newly elected opposition deputies have expressed their refusal to re-elect Nabih Berri as Parliament speaker. Berri, who heads the Amal Movement, has filled that influential position since 1992. MP Waddah Sadek (“Beirut the Change”/Beirut II) and head of the Khat Ahmar (“Red Line”) party, who is in hot water for his...