The opposition that stemmed from the Oct. 17 uprising has made historic progress. But which opposition are we talking about, and will it be able to form a bloc in the new Parliament? A first appraisal after the elections. 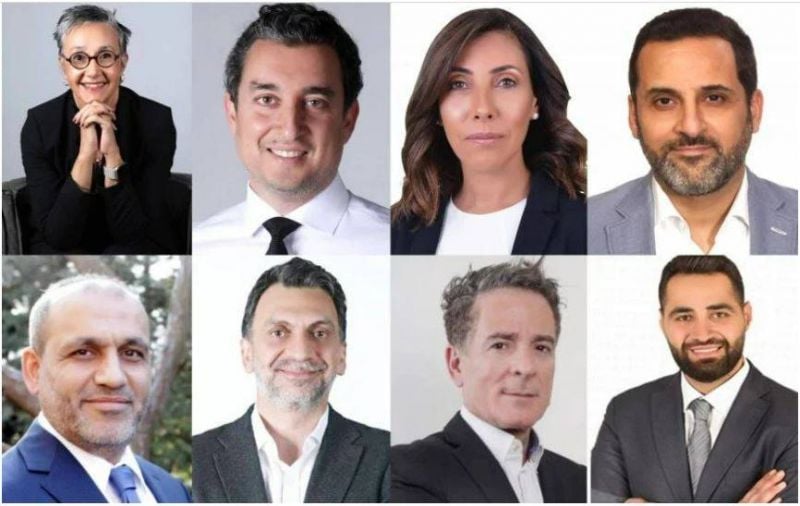 It is not a tidal wave. But it is an unanticipated breakthrough for the protest movement’s candidates. While their performance was one of the most closely watched aspects of the elections, forecasts projected that they would not secure more than a handful of seats, seven or eight at most.

According to the latest results, the opposition will, in the end, hold almost double the number they were expected to win in the new Parliament.

This is a small victory, as the political system appeared to be more rigid than ever on the eve of the elections: the electoral campaigns were marred by clientelism which the crisis reinforced, fratricidal quarrels between candidates and uncertainties as to whether the elections would be actually held.

While some remain cautious in the face of the many challenges ahead, others have labeled it an achievement, because in this new Parliament, — which is the first to be elected after the 2019 uprising — the Oct. 17 bloc could represent, if united, the fourth largest political force in the country, after the Lebanese Forces, the Free Patriotic Movement and Amal Movement.

The most powerful symbols came from constituencies where the protest movement forces scored higher than the most optimistic bets.

In the Beirut II, Chouf-Aley and South III constituencies, the symbolic breakthroughs shook the political landscape. The “United for Change” list won three seats in the Mount Lebanon IV constituency (Chouf-Aley), including one Druze seat for Marc Daou, who defeated Talal Arslan, the Syria-aligned head of the Lebanese Democratic Party.

The protest movement also created a surprise in the Beirut II constituency, by winning three seats (Ibrahim Mneimneh, Melhem Khalaf, Waddah Sadek) despite difficulties related to the fact that the protest groups ran on divided lists, Saad Hariri’s call for boycott and the presence of lists backed by strong figures, such as businessman and incumbent MP Fouad Makhzoumi or the former Prime Minister Fouad Siniora.

The other great emblematic win is that of the “Together for Change” list in the South Lebanon III constituency (Nabatieh, Bint Jbeil, Marjayoun-Hasbaya). In the only part of the country where the Oct. 17 groups managed to run on a unified list, the vote tally allowed its Greek-Orthodox candidate, Elias Jaradeh, and the Druze candidate, Firas Hamdan, to win over the “Hope and Loyalty list” supported by Hezbollah and Amal.

On the national scale, the protest movement’s breakthrough is distinguished by the fact that it happened across districts in different geographical areas: the North Lebanon II and III, Bekaa II, South III, Mount Lebanon IV, Beirut I and II constituencies.

Of the 15 constituencies, it made a breakthrough in almost a half of them. In some cases, the voting results defied all forecasts, and obtained amazing and unexpected results.

The particularly high number of preferential votes some candidates obtained, including Ibrahim Mneimneh (13,281 votes) and Marc Daou (11,656 votes), who are emerging as new figures to watch in the national political landscape, has been another surprise.

Even where they did not win a seat, the forces of change obtained remarkable scores, and came close to victory. In the Metn district (the Mount II constituency), which is considered as the Aounists’ traditional stronghold, as well as that of the Kataeb, the Tachnag and the Murr family, the Citizens in a State (MMFD)-backed list needed a few dozen votes to meet the electoral threshold.

In Baabda, the opposition was very close to triumph. The “Baabda the Change” list obtained 13,201 votes, while the electoral threshold was 14,852 votes, including 5,483 votes for Michel Helou, former executive director of L’Orient-Le Jour.

While the overall results were positive, the protest groups also paid the price of their divide. Baabda is a case in point of the fragmentation that proved fatal: the competing lists scattered the votes and blocked the way to Parliament.

The same is true in the Beirut I constituency, where the civil society was represented by three competing lists. Despite a favorable environment due to the relatively low electoral threshold and precedents set in the 2018 parliamentary and 2016 municipal elections, the protest groups managed to win only one more seat compared to 2018.

That seat went to Cynthia Zarazir, a candidate who raised controversy during the campaign because she had called for “the extermination of the Syrian people” in a tweet in June 2016, which she later on deleted.

In this part of the capital, which could have been considered a land of change, the influence of traditional Christian parties is confirmed — with the LF in the lead.

The lists’ fragmentation reflects the diversity of this new emerging political front, in which sometimes the only thing the groups have in common is their opposition to the system in place. This plurality becomes even more pronounced when taking into consideration the claims by incumbent MPs to be opposition, including those of the Kataeb, Osama Saad and his affiliates, Neemat Frem, Michel Daher and Michel Moawad.

One should start by pinpointing what is meant by "opposition." An opposition to whom and since when? There is sometimes a world between the fresh new figures that entered Parliament for the first time, including Najat Aoun, Halima Kaakour and Elias Jaradeh, and the “old,” controversial figures or heirs of major political families who joined the protest movement more or less early on.

The mission of these two oppositions, which sometimes have difficulty looking each other in the eye, could be put at risk once they enter Parliament if they do not agree on the major issues.

The pre-election period was marred by more or less ideologically based quarrels — even within the same list. The conflicts might not stop there, which poses a threat to the coherence and viability of an opposition acting as a counter-power.

The challenge lies in the months and years to come. These 13 to 26 MPs — depending on who is counted among the ranks of the opposition — will have to develop a kind of “parliamentary discipline” that would allow them to speak with a single voice in the face of the traditional blocs.

Electing a Parliament speaker, the formation of the new government and selection of President Michel Aoun’s successor, passing the budget law, the agreement with the IMF, the capital control law and investigation into the Aug. 4 Beirut port explosion: progress can only be made in these files under the condition of having a clear position and convergence of votes.

There are two particularly sensitive issues that are likely to give rise to a divide that could be paralyzing — the issue of Hezbollah’s weapons, and the banking sector’s restructuring and share of responsibility in the crisis.

While Oct. 17 groups proved their ability to formulate a local offer tailored to meet the aspirations of the voters they address, the strength of their proposal has yet to be seen at the national level. This is what things will come down to from now on: after being elected based on the scores obtained in one constituency, an MP becomes a representative of the nation.

It is not a tidal wave. But it is an unanticipated breakthrough for the protest movement’s candidates. While their performance was one of the most closely watched aspects of the elections, forecasts projected that they would not secure more than a handful of seats, seven or eight at most.
According to the latest results, the opposition will, in the end, hold almost double the number they were...