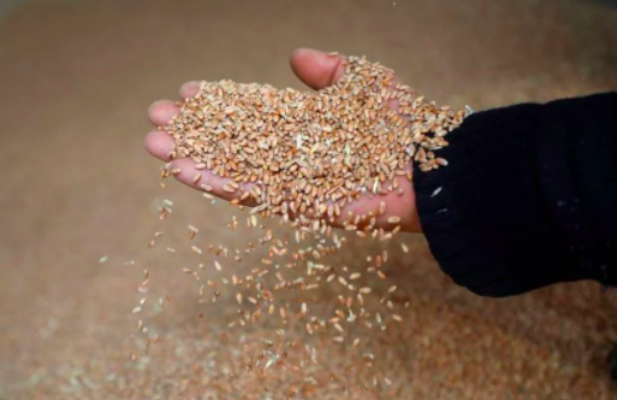 BEIRUT — Since Russia’s invasion of Ukraine in February, which has now developed into what looks to be a protracted war, there have been anxieties in Lebanon about the potential impacts on the country’s food supply.

Recent issues in the global supply chain have piled up on top of Lebanon’s existing issues, which include a shrinking supply of foreign currency to fund imports.

On May 6, the World Bank’s board of directors approved an emergency loan of $150 million to Lebanon, which was announced by Lebanese officials on Monday and will take effect pending approval by the cabinet and by the new Parliament, following Sunday’s legislative elections.

The loan was made to “finance immediate wheat imports to avoid the disruption in supply over the short term and help secure affordable bread for poor and vulnerable households including displaced population and refugees in Lebanon,” a World Bank spokesperson told L’Orient Today.

What’s in the plan?

According to an April 15 environmental and social impact study prepared by the World Bank, the project will be implemented by the Economy and Trade Ministry (MOET)and will directly pay $147.5 million to wheat suppliers “through procurement carried out by the private sector mills following the existing arrangements.”

The document says the World Bank will not involve itself in milling or distribution, and its involvement is limited to the arrival of wheat at the ports of Beirut and Tripoli. The agreement with the government does stipulate, however, that wheat be delivered to bakeries in areas with high levels of poverty and refugees, the arrival of which will be monitored by volunteers from the Red Cross.

The World Bank noted in a project document that during a consultation session before the project was approved, “mill owners indicated that they welcome the World Bank support but also shared their concerns on potential smuggling of wheat and their concern that the wheat subsidy will be lifted after completion of the World Bank’s intervention.” A section of the document dedicated to risk assessment also expresses concerns about the potential for smuggling.

The question of subsidy removal and how it relates to the project remains unclear.

In addition to $147.5 million to finance wheat purchases, the agreement also includes a $2.5 million “project management and capacity building” component, which includes “consultancy services and technical assistance that will strengthen MOET’s oversight function as well as capacity to manage the gradual transition from the current wheat subsidy system to a more market-oriented system.”

Asked about the project’s inclusion of consultancy services to manage a “gradual transition” away from the wheat subsidy, a MOET spokesperson told L’Orient Today “there is no decision to lift the subsidies,” and categorically denied that the government had asked the World Bank for help planning a removal of the subsidy.

A spokesperson for the World Bank, on the other hand, said the idea had not come from the bank.

“The policies regarding subsidization or any other interventions in the wheat/bread sector are decided by the Lebanese Government,” she said. “The World Bank did not request the Government to remove any of the existing subsidies in the food sector.”

She added, “​​The World Bank is providing analytical and technical support to the Lebanese Government to achieve its food security policy objectives.”

Under the current scheme, Lebanon’s mills purchase wheat, mostly from the Black Sea region, and import it into the country for milling into flour, which they deliver onwards to bakeries. Since the onset of the economic crisis they have received a subsidy in the form of access to dollars at preferential rates from Banque du Liban, which reimburses their hard currency import expenses.

In recent months there have been temporary interruptions in deliveries of flour from the mills to the bakeries due to delays in reimbursement from BDL, which have sparked some consumer panics.

Ahmad Hoteit, president of the Association of Mills in Lebanon, told L’Orient Today that the implementation process for the wheat purchases and deliveries has not yet been established and meetings to discuss it will be held next week. What is certain, he says, is that the mills will have a role in implementation.

Asked about the future of the subsidy following the end of the World Bank project he said a removal would be “possible” but that it is still “too early” to be certain about the subject.

BEIRUT — Since Russia’s invasion of Ukraine in February, which has now developed into what looks to be a protracted war, there have been anxieties in Lebanon about the potential impacts on the country’s food supply.Recent issues in the global supply chain have piled up on top of Lebanon’s existing issues, which include a shrinking supply of foreign currency to fund imports.On May 6, the...