Welcome to another week of exciting financial news and Ramadan Mubarak to those celebrating. 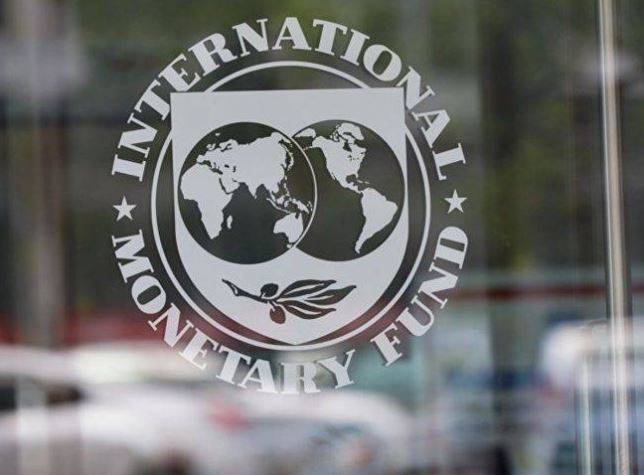 The communique released by the fund states that Lebanon will be getting $3 billion over a period of 46 months; albeit there are a considerable number of caveats. (Credit: AFP)

Obviously the biggest financial news of the week is the announcement of a preliminary agreement – or staff-level agreement – with the International Monetary Fund on Thursday. This is another watershed moment in the financial history of Lebanon, a development second only to Hassan Diab’s government decision to default on Lebanon’s debt, on March 9, 2020. But both are a series of firsts.

In the past two years, Lebanon’s economy has contracted 60 to 70 percent, in what the World Bank described as “one of the top three most severe crises episodes globally since the mid-nineteenth century.” The international financial institution also did not hesitate from blaming the lack of reforms on the ruling elite in what they said was a “deliberate depression.”

Before we delve into the details of the agreement, it bears mentioning that soon everyone may be eating brioche, à la Marie-Antoinette. Mill owners announced a temporary shutdown this week, asserting that the country is running out of wheat. These events are courtesy of the Russian war on Ukraine — between 2010 and 2018, Lebanon imported between 66.99 and 95.10 percent of its foreign wheat from countries in the Black Sea region — and because of the central bank’s governor Riad Salameh’s trademark tactic of delaying payments to importers.

The multiple assurances of Economy Minister Amin Salam have failed to assuage the fears of the bread industry. The Federation of Bakeries Syndicates even went as far as accusing the minister of not being accurate in his wheat stocks assessment and asked him “to be frank with the people about the reality of the supply.” History has proven that numbers and candor are not a forte of our government officials. However, going forward the IMF is requiring more of both, as it asks in among the many conditions it sets that the authorities commit to stepping up their efforts to communicate and explain their reform plans to the public.

Coming back to the preliminary IMF agreement, the communique released by the fund states that Lebanon will be getting $3 billion over a period of 46 months; albeit there are a considerable number of caveats and prerequisites before any money changes hands. The deal remains subject to the approval of the fund’s management and executive board.

One interesting point is the fact that the announced amount came short of previous estimates of $4 to $5 billion. The $3 billion roughly matches what the central bank used up from its foreign currency reserves in just the last six months, and is less than the $4 billion boost to the financial sector losses advertised recently by the Deputy Prime Minister Saade Chami. Three billion is clearly not sufficient to plug any hole, except maybe the real budget deficit for 2022.

The communique is long on conditions, and most of them were already covered in detail here and here, but to summarize, the document lists the following actions as critical – the fund calls them prior actions – to receive the final approval from the executive board:

Parliament approving the 2022 budget. The IMF indicated that the 2022 budget is the first critical step in the right direction. It calls for a 4 percent primary deficit – total revenue minus total expenditure but excluding interest payments – and the increase in revenues should derive from the increase in taxes that will use the new unified exchange rate, in this case the Sayrafa rate.

The discussions around the 2022 budget are already progressing. Ibrahim Kanaan, chair of the Finance and Budget committee, said he is confident the committee can finish with the budget and send it to a vote before the elections. However, Kanaan also identified the issue of the exchange rate as being the most challenging, given its direct impact on the taxes the Lebanese will be paying.

The government negotiating the restructuring of the country’s debt with creditors.

There is no progress on this file. Creditors are waiting for the Lebanese government to reach a deal with the IMF before starting serious negotiations.

The government and Parliament put in a place a strategy to restructure the banking sector, while protecting small depositors and with limited use of public funds. Add to it a bank-by-bank evaluation of the 14 largest banks by an external firm.

This is probably the most challenging point, since it is linked to the process of the distribution of losses. The initial plan for transferring the burden of losses to depositors was purportedly rejected by the IMF. The new plan put forth by the government contains multiple scenarios on how to deal with the issue.

Completion of the special purpose audit of the central bank’s foreign asset position.

There are multiple audits of the central bank taking place concurrently, by Oliver Wyman, KPMG and Alvarez and Marsal. These should be in their final stages if the central bank has been forthcoming about its assistance in the process.

The central bank unifying the different exchange rates, and the implementation of formal capital controls.

A capital control draft law was approved by the government and signed by the president on Thursday. On Friday, Speaker Nabih Berri transferred the draft law to the committees for further review. The unification of exchange rates around the Sayrafa rate should follow once the capital control law is approved. The multiple circulars issued by the central bank will be replaced by new ones based on the new law.

What this action plan means is that we are a long way from receiving one penny from the fund. Successive governments have known about these requirements since the crisis started, as the playbook of the IMF is in essence similar from one country to another. However, for two years there has been no notable progress on any of these files.

Despite that, government officials celebrated the news and congratulated themselves on a job well done. Chami’s misplaced comments about the bankruptcy of the country and the central bank were now all but forgotten, while Salameh assured Reuters via text message that the “central bank cooperated with the IMF and facilitated its mission,” as if the alternative would be remotely acceptable.

The currency market also shrugged off the announcement. The lira slightly strengthened to around LL23,000 to the US dollar before moving back to LL24,000, where it traded before the announcement was made. Currency markets do not lie, and if the deal is as good as it is being made to be, then the lira should be the first to benefit.

Not only bad news comes in threes, but so does good news.

In addition to the IMF’s deal, the country is celebrating the appearance of some of its political and business figures in the recent Forbes’ ranking of billionaires. Lebanon’s very own Mikati brothers reportedly raked in $700 million each over the past year, ending with an estimated combined wealth of $6.4 billion. The other spots were taken by the Hariri clan members Bahaa, Ayman and Fahd; while Saad dropped out of the list as well as from Lebanese politics.

The last positive development may not be financial per se but could certainly be a prelude to financial good fortunes.

Saudi Arabia and Kuwait’s ambassadors will be back to Lebanon after several months of diplomatic boycott. Some would say that there is a connection between Iran's forthcoming return to the nuclear deal, IMF progress and the reengagement of the Gulf states in Lebanon, but who knows. At least the country is taking small steps in the right direction.

Finally, another session scheduled for Wednesday to discuss the recovery of cash and financial portfolios that were transferred abroad after October 17, 2019, failed again to achieve the required quorum. The session was postponed, probably indefinitely since no one seems to care.

Apropos, is the pope’s visit happening or not? At least that’s one piece of positive news the Lebanese can all rally around, Catholic or not.

Until next week, when we should have more details about the government’s plans.

Sayrafa rate was unchanged at LL22,100 to the dollar.

Obviously the biggest financial news of the week is the announcement of a preliminary agreement – or staff-level agreement – with the International Monetary Fund on Thursday. This is another watershed moment in the financial history of Lebanon, a development second only to Hassan Diab’s government decision to default on Lebanon’s debt, on March 9, 2020. But both are a series of firsts.In...