Just how long can the central bank keep propping up the lira? 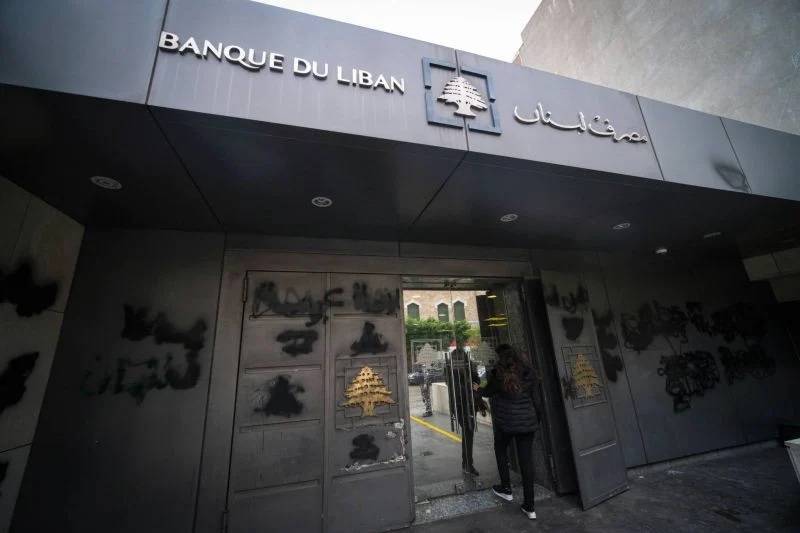 As of March 15, the central bank’s foreign assets stood at $16.58 billion, but a calculation of outstanding payments owed and other deductions shows the number to be considerably lower.

The central bank has never made publicly available its annual audited financial statements or profit and loss statements. The only information shared regarding its financial situation is the rudimentary unaudited balance sheet in Excel format that is uploaded every two weeks to its website, which lists its foreign currency holdings.

After adjusting the headline number for the Eurobonds’ holding, the Lebanese government debt that was purchased by the central bank, and which is currently valued in the market at 10 cents to the dollar; the special drawing rights (SDRs) received from the International Monetary Fund and held on the balance sheet for the account of the Finance Ministry; and the money owed to importers of fuel, medicine and medical equipment suppliers among others, estimated by L’Orient Today, based on interviews with officials representing those import sectors, at a minimum of $600 to $800 million; the estimated foreign currency in BDL’s coffers drops to around $10 billion.

This amount is a fraction of the $100 billion in foreign currency deposits trapped in Lebanese banks and a long way from the $35 billion war chest in foreign assets the central bank boasted owning just two years ago.

During the same period, the required reserve ratio set by BDL dropped by one percentage point, from 15 to 14 percent, meaning that the current required reserve amount is $14 billion. The central bank has thus been dipping into the depositors’ funds even after BDL Governor Riad Salameh repeatedly promised not to do so.

A BDL spokesperson did not immediately respond to a request for comment on the foreign currency figures.

“It was the failure to impose official capital controls and the intransigence in pursuing ill-advised subsidy policies that hastened the pace of outflows and rendered the country vulnerable to further shocks,” said Charbel Bassil, associate professor of economics, at Qatar University.

The drop in reserves also appears to be linked to BDL’s efforts in recent weeks to prop up the lira.

Steve Hanke, professor of applied economics at the Johns Hopkins University and a close observer of the Lebanese economy, wrote recently in a tweet: “Since hitting a record low 33,700 LBP/USD …, the Lebanese pound has strengthened against the USD … as BDL continues to foolishly sell USD reserves on their Sayrafa platform. Burning through FX reserves won't fix the pound.”

Relative calm lasted all but two months, during which the parallel market rate and the Sayrafa rate converged at around LL20,500 to the US dollar. The tactic temporarily halted the sell-off in the lira and bought the Lebanese government just enough time to pass the 2022 budget and shift the bulk of the burden to Parliament.

A closer examination of the BDL balance sheets reveals a burn rate of roughly $500 to $600 million a month since the release of Circular 161 in mid-December. Assuming Salameh manages to convince the International Monetary Fund of his proposed financial rescue plan, details of which were leaked earlier this year, involving the lirafication of more than 75 percent of the foreign currency deposits, then $4 billion in reserves should be ample enough.

However, if the central bank desires to maintain a cushion of three months’ worth of imports, or roughly $3 billion, then the line in the sand will have to be drawn around $7 to $8 billion. That number was initially supposed to give the governor a lifeline of six or more months.

However, the war between Russia and Ukraine accelerated the countdown, with higher global oil and food prices draining US dollars faster. Based on the current rate at which BDL is burning through its reserves, the strategy has three to four months until it collapses under its own weight.

A sudden 12 percent meltdown in the lira’s strength on March 9 was a warning shot, threatening to stir up renewed uncertainty around the central bank's capacity to keep a tight lid on the exchange rate.

“By 9 a.m. on March 8, our daily quota of US dollars was completely exhausted,” a senior banker who spoke on condition of anonymity told L’Orient Today. As the bank official described the events of that day, the bank in question was facing significant demand for US dollars. When it asked the central bank for a second batch of dollar banknotes, the latter turned the request down, for reasons that were not made clear.

In the meantime, currency traders in the parallel market, smelling blood, let loose waves of speculation that the central bank was about to pull the plug on Circular 161, three weeks earlier than planned. Accordingly, volatility perked up, and there was increased demand for the US dollar; however the sell-off was largely contained with the lira ending down for the day but only by 2 percent. The market was awaiting further information.

On the next day, March 9, bank clients awoke to the news that their tellers would not be selling them any dollars at the Sayrafa rate, as had been standard practice for the last two months. The news sent tremors through the financial sector and a run on the banks was shortly in full motion.

Clients rushed to withdraw what they believed could be their last dollars before the central bank shut down the Sayrafa platform. The lira nosedived, dropping 12 percent in the blink of an eye, and soon afterwards, one bank after another came out announcing they had run out of US dollars. From LL21,000 the previous day, the lira hit LL24,000, forcing the central bank to release an official statement reiterating that there were no changes to Circular 161, and that it stood ready to sell unlimited amounts of US dollars at the Sayrafa rate. Volatility died down and the selling dried up, but the lira ended up losing 9 percent for the day, closing at LL23,000.

What happened on March 9 is not only a simple warning shot, but it also reveals a certain uneasiness in the financial markets’ towards Salameh. The uneasiness transcends Salameh’s central bank governor personae and his monetary policy decision making, it overflows to the man himself.

First off, Lebanon’s powerful banker is currently under investigation in five different European countries for alleged embezzlement and money laundering of more than $300 million in deals between Forry Associates, a company owned by his brother Raja Salameh, and the Lebanese central bank; while also facing a series of judicial measures against him at home and the ongoing push for a forensic audit of BDL.

These events come as Lebanon is attempting to broker a deal with the International Monetary Fund.

Saade Chami, deputy prime minister and head of the team negotiating with the IMF, has attempted to manage expectations by revising higher the government’s estimates for the financial sector losses. The number ticked up by $3 billion, from $69 to $72 billion, in three months between December 2021 and this month. Chami warned that losses will keep accumulating unless reforms are implemented but has assured that talks are progressing.

The negotiating team from the IMF is expected back in Beirut this coming week to continue the discussions and the 2022 budget is being vetted by the Finance and Budget Committee. However, there are strong indications that no deal will take place until after the parliamentary elections in May.

The delay should not disrupt the short-term execution of Circular 161; however, this means that another $1 billion to $1.5 billion from the depositors’ monies will vanish, if depletion of the foreign assets continues at the current rate.

Chami himself appeared to distance himself from BDL’s strategy in response to a question about the depletion of the reserves at a press appearance on Wednesday.

“The government does not want to peg the currency and is not planning to do so,” he said, adding that “the policy has already cost the country a lot of money.”

BEIRUT — A straightforward analysis of the data contained in Banque du Liban’s latest balance sheet reveals a grim reality.
As of March 15, the central bank’s foreign assets stood at $16.58 billion, but a calculation of outstanding payments owed and other deductions shows the number to be considerably lower.
The central bank has never made publicly available its annual audited...