IMF requests Lebanon to review financial plan: Is this good news for depositors?

The International Monetary Fund allegedly requested that the Lebanese government review the draft plan it had submitted to it, whereby depositors rather than bank shareholders would bear the bulk of the financial losses 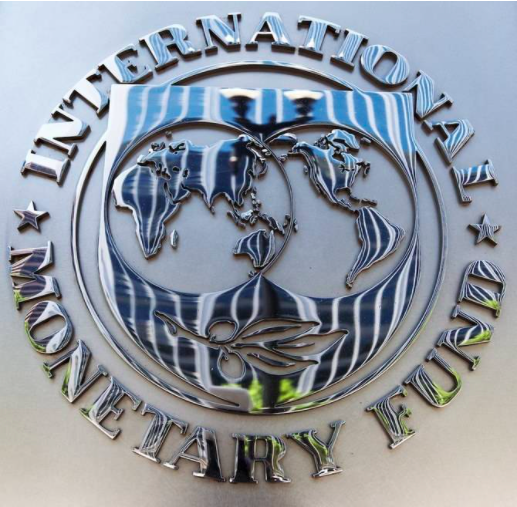 Once again, the Lebanese government is forced to revise its draft plan.

More than a year and a half ago, a first rescue plan drawn up by Hassan Diab’s government was scuttled by banking and political lobbies criticizing the cabinet’s estimation of the financial losses suffered by the country.

The current finance minister has recently endorsed another financial plan which was allegedly turned down, but this time by the IMF, with which negotiations resumed last week.

IMF Managing Director Kristalina Georgieva told reporters on Thursday the fund would only support a “comprehensive program,” including the country’s plan to tackle the financial sector crisis, and more broadly the reforms that Lebanon needs.

Georgieva added, “Our team is working very closely with their Lebanese counterparts” — a diplomatic way of announcing the rejection of the presented version of the plan, as confirmed to L’Orient-Le Jour by several sources familiar with the negotiations.

While the IMF did not confirm this request or mentioned its motivations and the amendments it was requesting, and at the time of publication had not responded to our questions, the plan — an outline of which was unveiled by Reuters this week — was already causing concerns among many observers who spoke to L’Orient-Le Jour.

They were mostly concerned about the logic in the distribution of the country’s financial losses.

Paradoxically, the new plan — seen by L’Orient-Le Jour — estimates the losses at $69 billion dollars, which is roughly the same amount set out in Diab’s scheme in Lebanese lira.

One major difference is that when Diab’s government estimated the losses, the Lebanese lira stood at LL3,500 to the dollar, while today it is trending at around LL20,000.

This suggests the relative ineffectiveness of the “lirafication” strategy pursued for more than two years by the Banque du Liban to cover part of the losses.

“BDL still pays interest on deposits of the banks. That’s losses to it. It is paying for the difference between the multiple exchange rates (LL1,500, LL3,900/LL8,000). It kept subsidies. All of these are new losses,” Mike Azar, a financial expert, told L’Orient-Le Jour.

While these past two and a half years have already cost depositors dearly, the government is poised to make them pay even more through official haircuts.

“The losses are so significant that all the country’s components, including depositors, will have to contribute to whatever solution is envisioned,” Henri Chaoul, an economist, who previously broke away from the negotiations with IMF, denouncing a lack of will to implement reforms in the banking sector, and insisting on the need for a fair distribution of losses.

“According to the law, in a situation of bankruptcy or cessation of payment, depositors should be at the bottom of the pyramid of stakeholders concerned to make up for the losses,” Toufic Gaspard, an economist, told L’Orient-Le Jour.

Bank shareholders should, in fact, be the largest contributors to the losses, but according to the new plan, they would assume only 18 percent of the losses, mainly by writing off shareholder capital.

Unlike Diab’s scheme, prioritizing that these shareholders bear the bulk of the load via a total restructuring of the banks’ capital, the new plan “does not claw back bank dividends and management compensation,” according to Azar.

For its part, BDL is supposed to assume $8 billion of the losses, while the state’s share is between $5 and $10 billion, by issuing Treasury bonds.

Both parties, however, have limited capacity for such expensive bailouts, and the figures put forward in the plan seem too optimistic to the interviewed experts.

“The government will have to demonstrate how BDL expects to generate billions of profits to eventually close this gap when it’s historically generated nothing but losses,” Azar said.

The plan throws more than half of the losses on depositors through different mechanisms to repay $104 billion in deposits that the banks could no longer cover in dollars — known now as “lollars” — over a period of 15 years.

“The 15-year repayment for small depositors is much too long particularly as it does not appear they will be earning interest on their deposits during this time,” Azar said.

According to the scheme’s three-tier distribution mechanism, deposits below $150,000 — a total of $25 billion — would be fully recovered in “fresh” dollars.

But given the large number of deposits in banks (in 2021, 91 percent of deposits were below $100,000), the vast majority of savers would see this mechanism applied to all their withdrawals — with certain exceptions provided for in the plan.

For deposits between $150,000 and $500,000, amounting to $6 billion in total, savers would see their money entirely converted into Lebanese lira at the Sayrafa exchange rate, which is pegged at LL20,000 to the dollar in the plan.

For Chaoul, this “lirafication” strategy is as dangerous as it is unfair.

“This will cause strong macroeconomic instability, hyperinflation and a continuous depreciation of the lira over a very long period, putting enormous pressure on all the Lebanese, not only those who have bank accounts,” he said.

According to pre-crisis figures, almost half of the population did not have a bank account.

For savers with deposits of more than $500,000, amounting to a total of $22 billion, some $10 billion of this total ought to be converted into perpetual bonds at 5 percent interest to be issued by the government in Lebanese lira.

This could “put excess pressure on the public finances, whose forecasts are not included in the document,” which could be an obstacle for the IMF, according to Azar.

The remaining amount, i.e., $12 billion, would be converted into bank shares, famously known as “bail-in.”

Large depositors should thus hold 72 percent of the banks’ capital, unless the existing shareholders decide to increase their capital by injecting “fresh” dollars.

For depositors, the solution remains uncertain since “the value of these post-restructuring shares, with a considerably reduced banking sector, is still unknown,” Azar said.

The remaining amount of $51 billion ought to be subject to a haircut at different rates, which raises serious questions on the plan’s fairness.

“There is no distinction between small and large depositors when it comes to haircut mechanisms,” economic journalist Mohamad Zbib said. He condemned the cumulative nature of these measures with the previous ones.

Funds amounting to $16 billion accumulated thanks to “excessive” interest rates obtained from 2015 to 2020 — which are estimated at around 4 to 5 percent under the plan — will be converted to Lebanese lira at an exchange rate that would drop their value by 75 percent.

“It even applies to small depositors. For instance, a sum of $50,000 deposited in 2014 with a 4 percent [interest rate] enabled the depositor to get $65,000. But, this mechanism will cause him a haircut of 17 percent on his capital,” Zbib explained.

Finally, a total of $35 billion that were converted from Lebanese lira into dollars after Oct. 17, 2019, will be re-converted into Lebanese lira, at an exchange rate leading to a 40 percent haircut.

“At the outset of the crisis, many depositors wanted to convert their deposits into dollars at the official rate, in a bid to save their savings. Bankers often agreed to do so, offering that they freeze them for a period of time,” Zbib recalled.

“Why did the banks agree to convert the money if the dollars converted after Oct. 17 are not perceived as real dollars?” Chaoul asked.

It is a bitter pill to swallow for civil society, particularly since “while the previous government stressed in its plan the importance of recovering the money transferred abroad after Oct. 17, 2019, and on recovering ill-gotten assets, these principles are hardly touched upon in this plan. In short, the losses are unfairly distributed, irrespective of [the share] of the responsibilities of the crisis,” Karim Daher, a lawyer and president of the Committee for the Protection of the Rights of Depositors said.

How firm will the IMF stance on these fairness-related issues remain? Kulluna Irada, a Lebanese advocacy group calling for political reform, called on the IMF to take a firm stance in this regard in an open missive that L’Orient-Le Jour published recently.

“At this stage, the inflationary risks and other risks to macroeconomic stability have undoubtedly influenced the IMF’s decision,” Azar said.

Until things are sorted out, the Lebanese will continue to suffer the harsh impact of “lirafication.”

Correction: The original version of this article misstated as $8 billion the amount of profits BDL would need to generate in a quote by Mike Azar.

Once again, the Lebanese government is forced to revise its draft plan.More than a year and a half ago, a first rescue plan drawn up by Hassan Diab’s government was scuttled by banking and political lobbies criticizing the cabinet’s estimation of the financial losses suffered by the country. The current finance minister has recently endorsed another financial plan which was allegedly turned...