Bitar forges ahead, lira languishes further, money exchanger sanctioned: Everything you need to know to start your Wednesday

Here’s what happened yesterday and what to expect today, Wednesday, Jan. 25: 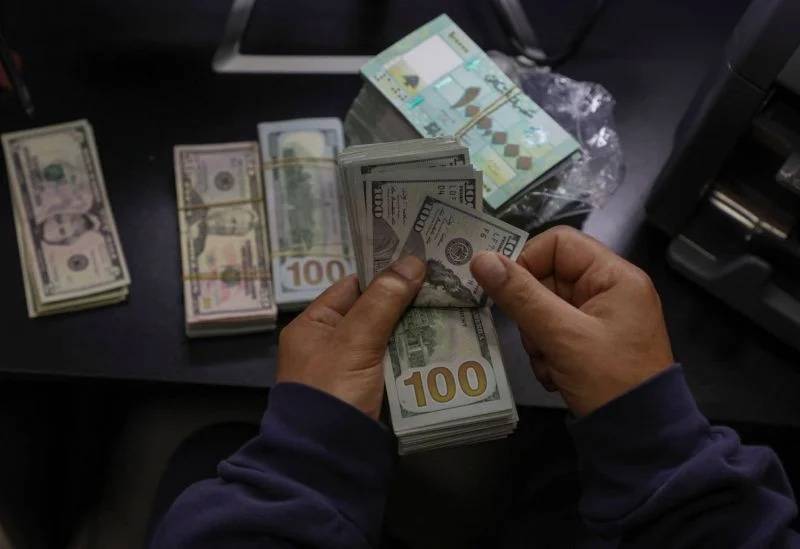 Lebanon’s top prosecutor Judge Ghassan Oueidat rejected the Aug. 4, 2020 Beirut port blast probe lead investigator Judge Tarek Bitar’s attempt to revitalize the case, which had been stalled for over a year due to unresolved dismissal requests. The prosecutor-general told Bitar that the investigation remains suspended, according to correspondence seen by Reuters. Oueidat figured among the eight new suspects Bitar named on Monday in an attempt to regain control of the investigation. Bitar cited “legal studies” backing his reassertion of control over the case — particularly, that the administrative authority, rather than the judicial authority, presides over the position of investigating judge — as a judicial vacuum continues to prevent rulings on complaints filed by suspects named in the probe against the lead investigator.

The lira continued to reach new lows yesterday, while Central Administration of Statistics (CAS) inflation figures indicated another year of steeply raised prices. Marwan Barakat, head of the research department at Bank Audi, told L'Orient-Le Jour that the local currency’s sharp drop is related to the political instability in the country, the lack of guarantees that reforms will be implemented and fears ahead of the adoption of a higher official exchange rate. Demonstrators blocked several roads in Beirut and Tripoli yesterday to protest the parallel market lira to dollar exchange rate crossing the LL54,000 mark and the subsequent “rise in prices of fuel, medicines and food.” The Energy Ministry, which has been regularly setting fuel prices since the removal of subsidies in summer 2021, responded to the lira’s depreciation by increasing the prices of 20 liters of 95-octane gasoline, 98-octane gasoline and diesel by at least LL50,000. Meanwhile, the CAS consumer price index showed an average inflation rate of 171.2 percent in 2022, surpassing 2021’s 154.8 percent. The same day, the Economy Ministry increased the price of bread bundles after complaints last week about low pricing from bakeries and mills.

The US Treasury announced sanctions against Lebanese money exchanger Hassan Moukalled and his three sons and business, CTEX, for alleged dealings with Hezbollah. The Treasury accused Moukalled, a Lebanon-based economist and financial advisor to Hezbollah, of mediating negotiations between the party and the Lebanese central bank, coordinating “business deals involving Russia, as well as efforts to assist Hezbollah in obtaining weaponry.” The US Treasury Department's Office of Foreign Assets Control (OFAC) last December leveled sanctions against two individuals and two companies for providing financial services to Hezbollah. The US prohibits dealings with Hezbollah, which it classifies as a “terrorist organization” and places under sanctions individuals suspected of backing the group.

Hezbollah and Free Patriotic Movement officials held their first meeting in weeks after diverging stances on cabinet’s ability to meet threatened to sour the parties’ alliance. Nevertheless, according to a former FPM MP who spoke to L’Orient Today, the meeting ended with the FPM holding fast to its boycott of cabinet sessions. Hezbollah official Hussein Khalil said the two parties could be closer to agreeing on a presidential candidate after the issue was discussed “at length and in detail.” The proposition of “real candidates” will set the presidential election back in motion, Parliament Speaker Nabih Berri told local daily Al-Joumhouria after the 11th parliamentary session to elect a new president ended in failure last Thursday and without another session having been scheduled. Berri, citing Parliament’s legislative function, refused the proposition of holding an open electoral session — a demand made by several political groups, including Forces of Change MPs Najat Saliba and Melhem Khalaf, who have not left the Parliament building since the end of Thursday’s vote to protest the hindered election.

In the “first surgical operation of its kind” to be conducted in Lebanon, a medical team at the American University of Beirut Medical Center (AUBMC) successfully separated conjoined twins, caretaker Health Minister Firass Abiad announced yesterday. “The health system in Lebanon, even if it faces great difficulties, is a flexible system and has the ability to present achievements,” Abiad said when announcing the surgery’s success. AUBMC agreed to perform the “extremely sensitive” 10-hour surgery, which required “four months” of preparation, at Abiad’s request after the twins’ mother, who was pregnant with the infants at the time, contacted the Health Ministry and explained the results of an X-ray showing her twins were conjoined.

Want to get the Morning Brief by email? Click here to sign up.Lebanon’s top prosecutor Judge Ghassan Oueidat rejected the Aug. 4, 2020 Beirut port blast probe lead investigator Judge Tarek Bitar’s attempt to revitalize the case, which had been stalled for over a year due to unresolved dismissal requests. The prosecutor-general told Bitar that the investigation remains suspended, according to...