After he was forced to suspend his investigation into the Beirut port explosion for 13 months, the judicial investigating judge retook control of the case on the basis of legal studies he conducted. Immediate effects: release of five detainees and proceedings launched against eight others, including two security heavyweights, Abbas Ibrahim and Tony Saliba. 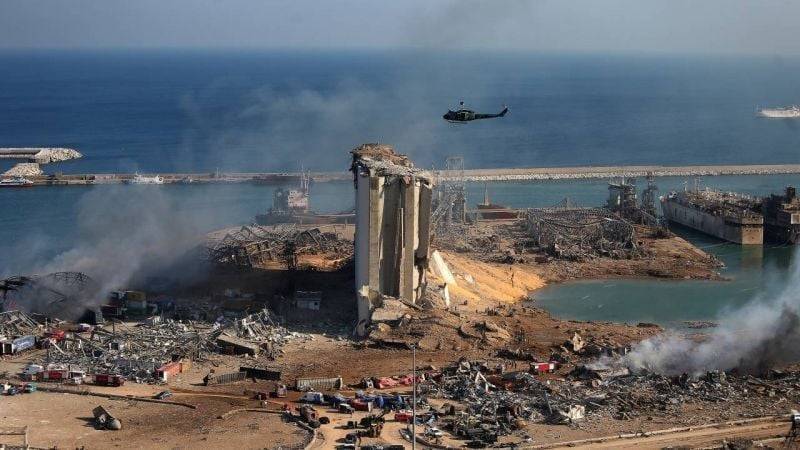 “Noting that no solution has been found to end the impasse that prevented me for 13 months from getting back on the investigation into the Beirut port explosion, I have been working for over a month on legal studies on which I used as a basis to carry on with my mission.”

With these words, investigating judge at the Court of Justice Tarek Bitar addressed six media outlets, including L’Orient-Le Jour, invited to his office, announcing on Monday his resumption ofthe probe into the Aug. 4, 2020 tragedy. The judge decided the same day to release five detainees in the case and initiate proceedings against eight new suspects.

Bitar’s decision follows a meeting on Wednesday that brought together Judge Bitar and two French judges who came to inquire about the fate of the probe. When asked by the media if there was a link between this meeting and his approach, Bitar said no.

But on what did the investigating judge rely in order to make such a spectacular comeback? Armed with his legal studies, Bitar assured us that there is no legal text that provides for the possibility of taking a judicial investigating judge off a case.

“Had the legislator wanted to tolerate the removal of an investigating judge from a case, he would have provided for the appointment of a judge who would replace him in the law,” he said.

Bitar therefore challenged the decision of the plenary assembly of the Court of Cassation to have one of its chambers examine the dismissal requests brought against him. “It is a case law, and all case laws are not binding,” he argued.

He added, “The position of investigating judge at the Court of Justice is created when a judge is appointed [to investigate a case]. This position is therefore intrinsic to its holder. Being linked to the name of the judge, if the latter were dismissed [from the case], the position would disappear.”

Judge Bitar recalled that “the investigating judge is appointed by the justice minister after the approval of the Higher Judicial Council.”

“However, the abolition of this post by a judicial authority would mean that this authority encroaches on the administrative authority,” he said, citing “the principle of separation of powers.”

For more than a year, dismissal requests and lawsuits alleging “serious fault” by Bitar poured down on the investigating judge, without being ruled upon. This is because the judicial appointments have been blocked by the caretaker Finance Minister Youssef Khalil, who is close to Parliament Speaker Nabih Berri, to whom the former ministers Ali Hassan Khalil and Ghazi Zeaiter, who are implicated in the case, are also close.

This assembly lost its quorum last year after the retirement of six of its 10 members. Therefore, it cannot rule on the complaints alleging serious faults by Bitar or on similar complaints against judges who are in charge of ruling on the dismissal requests against him.

Keen on addressing the rights of the detainees and those of the families of the victims at the same time because, according to him, they are part of “an indivisible case,” Bitar immediately decided after resuming the investigation on Monday to release five detainees, albeit with a travel ban imposed on them, and to initiate proceedings against eight additional people.

The detainees include the former director of customs Chafic Merhi (Badri Daher’s predecessor) and Sami Hussein, director of operations at the port, who had both left their jobs in 2017, three years before the explosion. Bitar also released Ahmad Rajab, a Syrian worker who had carried out welding during maintenance work on the warehouse where the ammonium nitrate was stored; Selim Chebli, the contractor responsible for supervising the work; and Michel Nahoul, project manager at the port.

The investigating judge did not disclose the names of those targeted by his proceedings, but according to judicial sources they include General Security chief Abbas Ibrahim and State Security head Tony Saliba. Judicial sources also told L'Orient-Le Jour that interrogations have been scheduled for February for 15 people, including the top security officials, Public Prosecutor Ghassan Oueidat, two former ministers and Hassan Diab, who was the prime minister at the time of the blast.

The MTV television channel reported that the Public Prosecutor’s Office at the Court of Cassation, to whom Bitar’s decisions were delivered to notify the detainees and those prosecuted, indicated that it will consider these decisions “non-existent.” Such a consideration would mean that the prosecution will not implement these decisions. L’Orient-Le Jour has not been able to confirm this information.

Bitar’s decisions were sent around 2 p.m. on Monday, probably after the clerks left their offices. In the evening, Ibrahim had not been notified of the proceedings, knowing that he said at an event held around 6 p.m. that he would not comment on them before being notified of them.

As for Saliba, MTV reported that he was abroad and was expected to return to Beirut yesterday evening.

This is not the first time that Saliba and Ibrahim have come under the watchful eye of the investigating judge. In July 2021, Bitar requested authorization from then-caretakerPrime Minister Hassan Diab (himself implicated in the case), to prosecute Saliba, as this department is under the authority of the cabinet head.

Diab considered himself incompetent to give the authorization, based on a study by the Committee of Legislation and Consultations in the Justice Ministry, which attributed such competence to the Higher Defense Council.

This body refused in August 2021 to rule on Bitar’s request, and the ball finally stopped at the Prosecution’s Office at the Court of Cassation, which was responsible for the final decision. Imad Kabalan, assistant public prosecutor to this court, decided at the time that Saliba would not be prosecuted.

The investigating judge at the Court of Justice had also asked Mohammad Fahmi, the then interior minister (the supervisory authority of General Security) in July 2021 for authorization to prosecute Ibrahim. Fahmi refused, and the interim Attorney General at the Court of Cassation Ghassan Khoury who had the final say, endorsed his decision.

On this point, Bitar relies on Article 356 of the Code of Criminal Procedure to assert that the law gives him the power to initiate legal actions against any suspected person without prior authorization, regardless of their status, whether they are politicians, civil servants or judges.

As the Court of Justice is the only court that has the competence to rule on the matter, Article 362 of the Code of Criminal Procedure gives the investigating judge the power to initiate proceedings alone like the prosecution at the Court of Cassation and without the prosecution requesting it, Bitar explained. From his perspective, he can therefore prosecute officials without any authorization.

It is based on the same article, 356, that the investigating judge plans to prosecute the judges involved in the case, whom he had referred to the Prosecutor’s Office at the Court of Cassation at the beginning of his investigation.

Since the public prosecutor's office did not prosecute the judges in question before the plenary assembly of the Court of Cassation, which is competent to judge them, Bitar considers that he can prosecute them himself.

These judges include Jad Maalouf, former judge of summary proceedings in Beirut, who had authorized the dry-docking of the ship carrying the ammonium nitrate, as well as the transfer and storage of the cargo, on condition that the Ministry of Transport itself choose a place for the safe storage of the goods under its own watch.

Bitar’s unexpected step will certainly cause a stir within the political and judicial power centers that have strived, thus far, to put obstacles in his way.

“Noting that no solution has been found to end the impasse that prevented me for 13 months from getting back on the investigation into the Beirut port explosion, I have been working for over a month on legal studies on which I used as a basis to carry on with my mission.”With these words, investigating judge at the Court of Justice Tarek Bitar addressed six media outlets, including...