Hezbollah and FPM break the ice, but …

For the first time in several weeks a Hezbollah delegation met with FPM head Gebran Bassil Monday, without making a significant breakthrough. 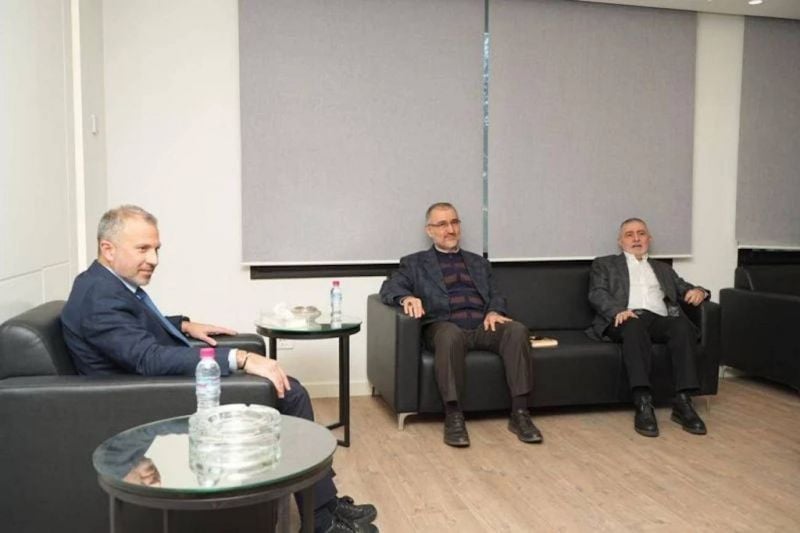 A Hezbollah delegation visited the headquarters of the Free Patriotic Movement in Sin al-Fil Monday, where the two allies held their first meeting after weeks of strained relations.

The media covered the visit, and Hezbollah likely wanted to show its determination to end its dispute with the FPM, considered inappropriate at a time when the presidential battle is in full swing.

Hassan Nasrallah’s party does not want to lose valuable christian support, even if maintaining excellent relations with Parliament Speaker Nabih Berri and caretaker Prime Minister Najib Mikati remains one of its top priorities.

For his part, Bassil has several reasons to not burn all his bridges with Hezbollah, starting with his presidential ambitions, which he has still not abandoned completely — even if he is willing to support a broader agreement on the future president.

The FPM, weakened since Michel Aoun’s term ended in Oct.2022, must also remedy its almost total isolation. This seclusion is mainly due to the FPM’s disagreements with all other political actors, including its only ally, Hezbollah.

This was the context for the FPM head’s Monday meeting with Wafik Safa, a senior Hezbollah official, and Hussein Khalil, the right-hand man of secretary general Hassan Nasrallah. Caesar Abi Khalil, FPM MP for Aley, one of Bassil’s closest aides, was also present.

The meeting was seen as a first step towards a return to normalcy in the troubled relationship. Yet this, the first meeting between the allies since the end of Aoun’s six-year term, risks being a mere formality, since neither seems willing to make concessions to bridge the gap: Hezbollah continues to support the candidacy of the Marada leader, Sleiman Frangieh, for president, an option that the FPM leader categorically rejects.

That issue sits atop their divergent opinions on cabinet meetings during a presidential vacancy. The controversial cabinet meeting of Dec. 5, held with Hezbollah’s green light, brought to light a crisis of confidence between the FPM and Hezbollah. This was followed by another meeting last week, again with Hezbollah’s blessing and much to the FPM’s displeasure.

A source close to the FPM head told L’Orient-Le Jour that it was Hezbollah that requested a meeting with Bassil.

“We could not reject such a proposal at a time when we advocate a broad dialogue with all actors, including our opponents,” said a former FPM MP.

During the meeting, which lasted more than two hours, the two parties did not agree on a common approach for the next phase. “But the common denominator was the preservation of the partnership within the institutions,” said a source close to the FPM participants.

Yesterday’s meeting did not close the gap between the two allies. Hussein Khalil acknowledged as much, at least implicitly, insisting that Hezbollah and the FPM “are not the same party, but two political formations that move in the same direction, like two cars moving on the same path.”

“They will not collide, even if one is faster than the other,” said the Hezbollah official as he left the meeting, as if to minimize the extent of recent disagreements with the FPM, which have seriously threatened the February 2006 Mar Mikhael agreement.

Khalil was keen to reassure the press that the agreement “is still in place.” “For us, the partnership is fundamental, and our brothers in the FPM know that Hezbollah is constantly watching over [this partnership], especially within the governments,” he added.

The presidency and the government

Khalil said that the issue of the presidential election was discussed “at length and in detail.” He avoided revealing the names of the candidates that were discussed, just as he did not say whether Hezbollah had convinced Bassil to rally behind Frangieh’s candidacy.

A source close to the FPM participants in yesterday’s meeting said that the FPM head made it clear to his interlocutors that, in his view, electing the zaïm of Zgharta president of the Republic would not represent Christians as well as electing Michel Aoun had done.

There is nothing new here, and no breakthrough is to be expected concerning the presidential election in the near future. This should be on the agenda of future meetings between Hezbollah and its ally, however, as Hussein Khalil declared in Sin al-Fil.

According to Nasrallah’s advisor, the participants in yesterday’s meeting also discussed the issue of holding cabinet meetings during a presidential vacancy, a major bone of contention between the two parties.

Here too, Khalil did not detail the discussions. Responding to a journalist’s question about Hezbollah ministers participating in the sessions that Mikati intends to convene in the near future, he simply said, “We’ll see later.” It seems Khalil doesn’t want to torpedo the results of the meeting.

The FPM’s position remains unchanged: “We will not take part in Cabinet sessions. The issue is now behind us,” said the former FPM MP.

This story was originally published in French in L'Orient-Le Jour, translated by Joelle Khoury

A Hezbollah delegation visited the headquarters of the Free Patriotic Movement in Sin al-Fil Monday, where the two allies held their first meeting after weeks of strained relations. The media covered the visit, and Hezbollah likely wanted to show its determination to end its dispute with the FPM, considered inappropriate at a time when the presidential battle is in full swing. Hassan...