Seventh attempt to elect president, customs dollar hike, bank depositor holdups: Everything you need to know to start your Thursday

Here’s what happened yesterday what to expect today, Thursday, Nov. 24 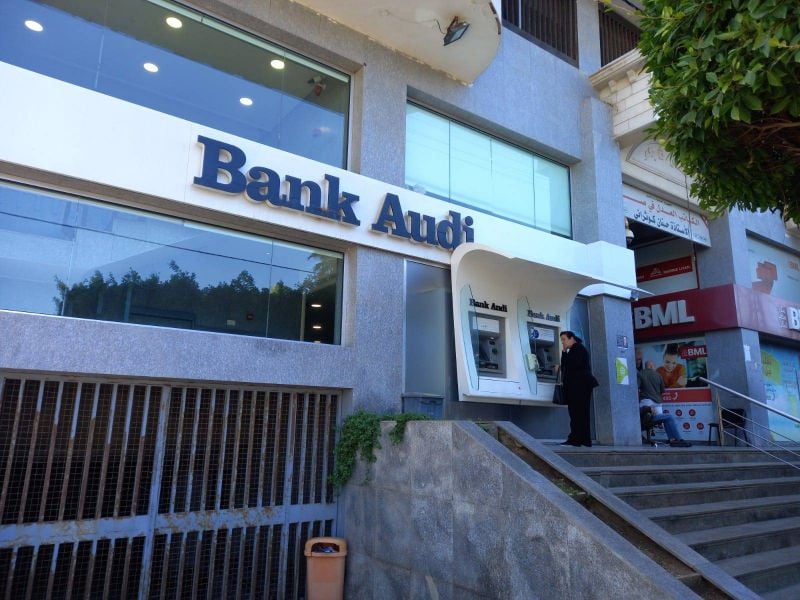 In Sour, a depositor held up a branch of Bank Audi on Wednesday, demanding to recover his funds to finance his mother’s cancer treatment. (Courtesy of: Muntasser Abdallah/L'Orient Today)

Parliament is scheduled to convene today for a seventh attempt to elect a president, while Lebanon nears the end of its fourth week of total executive vacuum. Michel Aoun’s presidential term ended Oct. 31 after four failed attempts to name his successor. Parliament Speaker Nabih Berri, at the onset of the presidential vacuum, announced weekly election sessions would be scheduled. “If by the New Year nothing has changed, I will not stand idly by,” Berri told L’Orient Today, hinting at a second call for dialogue among MPs after the first attempt, reportedly rejected by the Lebanese Forces and the Free Patriotic Movement, failed to materialize. As MPs struggle to reach a consensus on the next head of state, sole apparent frontrunner Zgharta MP Michel Moawad, supported by the LF and its allies, yesterday said that a president should be “elected and not agreed upon.” Moawad received 43 votes last Thursday, while the majority of MPs cast protest ballots, most of which were blank votes from the FPM, Hezbollah and their allies.

The World Bank has advocated “bail-in” solutions to address Lebanon’s financial sector losses, deemed “too big to bail [out],” while the state attempts to boost revenues through a planned customs tax hike. The World Bank estimated Lebanon’s financial sector losses at $72 billion, more than three times the GDP in 2021 and more than any bailout from state assets or taxpayer contributions could cover. The report’s lead economist, Dima Krayem, encouraged Lebanese officials to move away from solutions based on responsibility and to prioritize “viability” instead. Meanwhile, the Finance Ministry said in a letter to Banque du Liban that as of Dec. 1, customs duties will be calculated at a rate of LL15,000 per US dollar, up from the longstanding official LL1,507.5 rate. Exact measures of the tariff increase are made difficult by disparities in how much different products are taxed. However, the rate hike is expected to boost the Lebanese state’s revenues, perhaps allowing, among other things, the payment of improved salaries to public employees. Amid earlier discussions of raising the customs duties exchange rate to LL20,000, analysts projected drastic increases to inflation while Parliament’s Finance and Budget Committee head Ibrahim Kanaan criticized the absence of a “solid impact study on prices.” New taxation policies already caused outcry last week following the “precautionary” collection of a 3 percent levy on imported products ahead of the publication of a list of exempted items.

Three depositors attempted to forcibly recover their own funds from three banks across Lebanon yesterday. In Amioun, a locality in Koura, a depositor blocked the entrance to an SGBL branch with an olive tree, demanding the bank transfer funds to his son who is studying in the US. In Tripoli, North Lebanon, a depositor imposed a withdrawal from an Intercontinental Bank of Lebanon (IBL) branch to finance treatment costs for her mother who accompanied her during the incursion. In Hanaway, a district of Sour, a similarly motivated depositor held up a branch of Bank Audi, demanding to recover his funds to finance his mother’s cancer treatment. Banks implemented heightened security measures after depositors — who had been practically unable to access their savings since the onset of strict informal capital control measures in 2019 — repeatedly instigated holdups across Lebanon in recent months. Banque du Liban head Riad Salameh on Monday announced an increase to the exchange rate adopted by central bank circulars regulating withdrawals from dollar-denominated accounts at commercial banks as of February 2023. BDL circulars offered temporary, though limited, palliatives to informal banking restrictions while the implementation of a capital control law remains controversial amid public disapproval of the draft in its current form.

Security forces yesterday announced the arrests of alleged thieving hypnotists and the capture of suspected narcotics traffickers who concealed cocaine in carpets. Security forces said they arrested two members of a gang in Saida accused of robbing money transfer shops by using hypnosis. Two other members of the same gang avoided arrest. The security forces’ statement did not specify how they avoided arrest or conducted the hypnoses. The same day, the Internal Security Forces announced a foiled smuggling attempt and the arrests of five alleged traffickers in the Beirut suburbs. The suspects reportedly confessed to running a drug trafficking network between Lebanon and France, having already succeeded in shipping cocaine to France on two occasions by weaving the product into carpets.

In case you missed it, here's our must-read story from yesterday: “Lebanese economy’s losses ‘too big to bail’: World Bank”

Want to get the Morning Brief by email? Click here to sign up.Parliament is scheduled to convene today for a seventh attempt to elect a president, while Lebanon nears the end of its fourth week of total executive vacuum. Michel Aoun’s presidential term ended Oct. 31 after four failed attempts to name his successor. Parliament Speaker Nabih Berri, at the onset of the presidential vacuum,...