Parliament Speaker Nabih Berri told L’Orient-Le Jour that he may convene a dialogue after the end-of-year holidays. 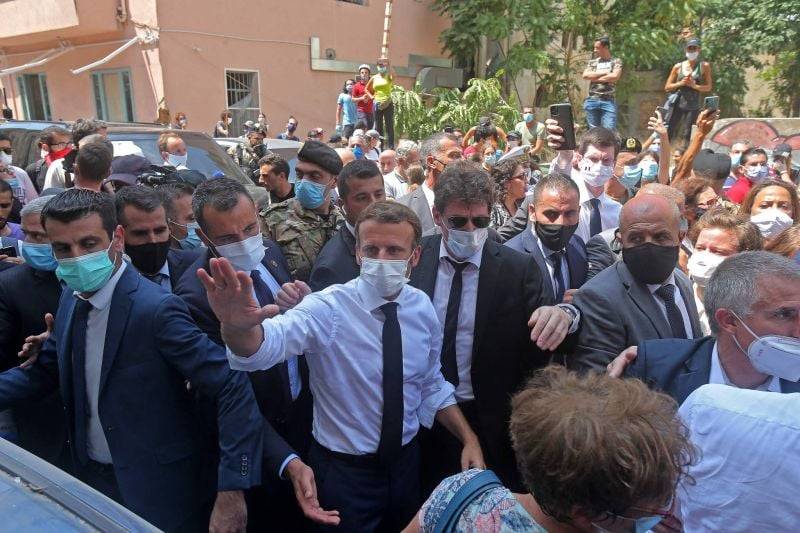 Lebanon always seems to be one of Emmanuel Macron’s priorities. The French president has ramped up contacts with other influential countries involved in the local scene, including the US and Saudi Arabia, to enable Lebanon to elect a new president.

Yet, at this stage, there seems to be no horizon for a significant breakthrough, as international attention goes to other places, mainly the war in Ukraine and the resulting gas crisis.

After Macron discussed Lebanon with Saudi Crown Prince Mohammed bin Salman, — on Friday on the sidelines of the APEC summit in Bangkok and a few days earlier over the phone — the French president is set to discuss Lebanon’s political crisis with his American counterpart, Joe Biden, during a meeting scheduled for December.

“Emmanuel Macron will take this step based on the observation that things must be changed. But will he be able to change them?” a Lebanese diplomatic source based in Paris told L’Orient-Le Jour. He requested anonymity as he was not authorized to speak with the press.

The talk between the two presidents may not lead to much, and still there is no talk of a political initiative, in the true sense of the word, that favors Lebanon.

This diplomatic activity points, according to several observers, to a desire on the part of Paris to get Lebanon out of the current impasse, with an implicit green light from Washington.

“It is normal for France not to let go of Lebanon in this period of crisis, especially since the country is striding quickly towards the disappearance of the state,” said the diplomatic source, adding that Macron “is the only leader who is still following up on the Lebanese file.”

Alongside French efforts, Arab diplomacy also seems to be active. Most recently, Egyptian Ambassador to Lebanon Yasser Alawi made comments Wednesday from Bkirki, the seat of the Maronite patriarchate.

“This vacancy in the presidential seat is unworthy of the Lebanese people. This milestone must move from the phase of informal negotiations to the phase of direct and serious talks between the parliamentary components,” Alawi said.

Lebanese players in the game still do not seem ready to put their cards on the table.

The camp opposed to Hezbollah is unable to unify its ranks behind the same candidate. And the one led by Hezbollah is torn apart by the squabbles between the party’s two Christian allies: the leader of the Free Patriotic Movement, Gebran Bassil, and his rival, Marada Movement leader Sleiman Frangieh. Both men are seen as serious candidates for the presidency.

Heading a bloc of 17 MPs (without counting the three Tachnag MPs), Bassil is aware of his strong position on the political spectrum. He therefore continues to give Hezbollah a hard time by refusing to support the candidacy of Frangieh, who is still the undeclared favorite candidate of Hassan Nasrallah’s party.

The FPM likely wanted to convey this message to Hezbollah through Bassil’s last leaked video: speaking to FPM members based in Paris, Bassil lashed out at Sleiman, reiterating his categorical rejection of the Marada leader, “even if everyone would vote for him.”

The leaked video of the FPM leader was interpreted as a message, not only to Hezbollah but also to Paris. Sleiman Frangieh, so far deprived of the support of Samir Geagea’s Lebanese Forces, will not ascend the presidency without FPM endorsement, despite all the local and international political efforts deployed in his favor.

Bassil seems to have expressly wanted to convey his position, especially since Paris — the only Western power that adopts a policy of openness towards all Lebanese parties, including Hezbollah — does not seem to mind an agreement on the candidacy of the Marada leader.

A political figure who is closely following the presidential election told L’Orient-Le Jour on condition of anonymity that “the French have no problem seeing Frangieh becoming head of state.”

“The name of the Marada leader is circulating behind the scenes among several other candidates,” a Lebanese diplomat who did not wish to be named said, adding that “the time has not yet come for a final decision.”

This suggests that Parliament’s session slated for Thursday to elect a president could be, once again, futile.

“I will give the MPs a chance until the end of December to reach an agreement,” Parliament Speaker Nabih Berri told L’Orient-Le Jour.

“If by the New Year nothing has changed, I will not stand idly by,” he added, stressing that he would call for a broader dialogue.

Berri had already invited different political stakeholders to the dialogue table before the end of Aoun's mandate, but his initiative was met with objection from both the LF and the FPM, who stressed the need to choose a name through the presidential election.

“If an internal agreement is not reached as soon as possible, no external diplomatic action will do,” Berri said.

Lebanon always seems to be one of Emmanuel Macron’s priorities. The French president has ramped up contacts with other influential countries involved in the local scene, including the US and Saudi Arabia, to enable Lebanon to elect a new president.Yet, at this stage, there seems to be no horizon for a significant breakthrough, as international attention goes to other places, mainly the war in...