When Lebanon had an Orthodox President, a Maronite Prime Minister, and a Sunni Speaker of Parliament. 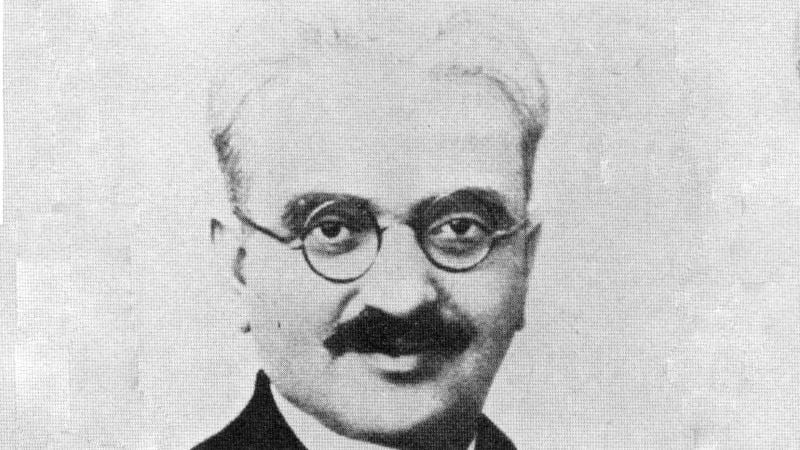 BEIRUT– An old adage during the run-up to presidential elections in Lebanon is that every Maronite is a candidate for president.

In practice, only a handful of elites are seriously considered for the position, but it's true that, by convention, the position is reserved for a Maronite.

Though not required by law, the 1943 National Pact — a gentleman's agreement between Lebanon’s different confessional communities — stipulates that the President be Maronite, the Prime Minister be Sunni, and the Speaker of Parliament be Shiite.

But the first holder of the title Président de la République Libanaise was not a Maronite.

That honor went to little-known bureaucrat Charles Debbas, an Orthodox Christian. The journalist-turned-politician presided over the burgeoning republic from 1926 to 1934.

Debbas was born in Damascus in 1885 during the final decades of the Ottoman Empire. He was a distant relation of the Beirut branch of the prominent Debbas family, which was famous for many things including their high-end lighting business and the Fouad Debbas photo collection in the Sursock Museum.

Cesar Debbas, a current member of the Beiruti family branch, told L’Orient Today that their common ancestor stretches back to the 17th century through a line that also includes one-time Orthodox Patriarch of Antioch Athanasius III Dabbas.

Charles Debbas completed a law degree at Saint Joseph University (USJ), a precedent that many other Lebanese presidents would follow. He then moved to Paris, where he was active in the Arab Francophone community. He served as the secretary of the 1913 Arab Congress in Paris that called for more power for Ottoman dominions.

Debbas became involved in Lebanese affairs after the end of the First World War when, at the invitation of French Mandate official Robert de Caix, he joined the local administration of the French Mandate in Lebanon as a proto-justice minister.

After Lebanon’s first constitution was promulgated in 1926, the country’s first presidential election was held. At the time, the main political rivalry was between two Maronite politicians: Emile Edde and Bechara al-Khoury. Debbas had a stronger consensus than either of these two.

Behind the scenes, France secured Debbas’s election to appease Muslims and Orthodox alike, who both feared the new state would be an exclusively Maronite polity. This is according to Joshua Donovon, a postdoctoral research fellow at University of California Berkeley, who specializes in the history of Orthodox Christians in Syria and Lebanon.

Donovon added that the King-Crane Commission — the American commission that traveled to communities in the former Ottoman territories of the eastern Mediterranean to ask them how they wished to self-govern — showed a split in the Orthodox community, with many wanting to be part of Greater Syria rather than splitting into Christian-majority Lebanon.

“It wasn't quite unanimous, but [Debbas] won by a large margin,” Donovan added.

This, of course, sidelined both Khoury and Edde, who would each serve as prime minister at different times under Debbas. 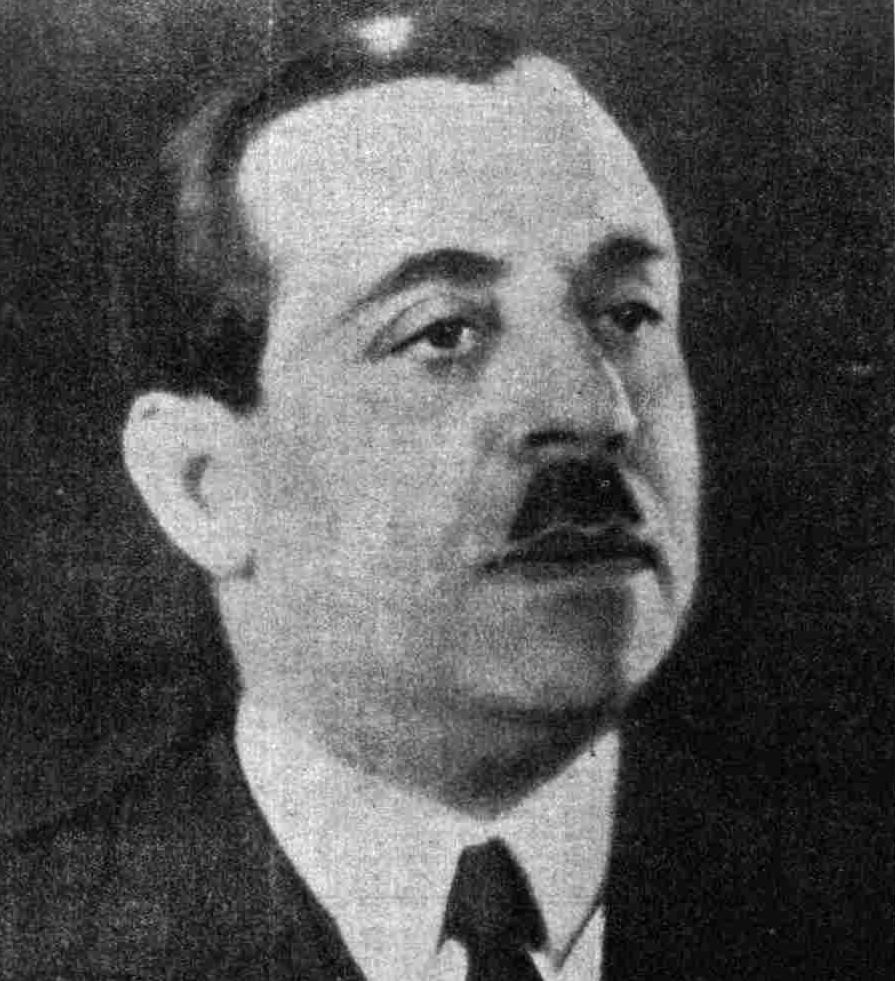 In Debbas’ acceptance speech, which was quoted on the front page of L’Orient in May 1926, he promised to fulfill his responsibilities, represent the people and be loyal to Lebanon, while maintaining strong relations with France.

“Under no circumstances will any territorial cession be made to Syria,” Debbas pledged in another speech a month later.

This was a balancing act between those who wanted to cede land to swing the country’s demographics in their favor and others who envisioned Lebanon part of a Greater Syria.

Under Debbas's tenure, many of Lebanon’s presidential norms came to be. In 1927, he and the French high commissioner amended the constitution to grant the presidency sweeping powers at the expense of the cabinet— powers that were later curtailed under the Taif Agreement.

At the start of his second term in 1929, Debbas extended presidential mandates from three years to six years, the term limit still in place today.

In the run-up to the 1929 election, Debbas faced stiff competition from Habib Lotfalla, a wealthy banker and industrialist Orthodox figure who was close to King Faysal of Syria and, later, Iraq. Lotfalla spent lavishly to win support but, with France’s backing, Debbas was assured a clear win of 42 out of 44 votes from the MPs who appeared for the vote in Parliament.

This underlined the role France played in the administration of the country, Donavon said: “There was some agency, of course [for the Lebanese], but I would say that, you know, the French had an ultimate veto; the French made it clear what was going to happen. But it's not to say that Debbas had no say at all."

Debbas “ruled by fiat for a little bit, with the Constitution suspended. He was also responsible for shrinking the size of the [Parliament], although it was expanded again," Donovan continued.

Debbas "did make decisions," Donovan added, but in consultation with the French and "everything was subject to the approval of the French High Commission.”

Of course, Debbas performed his ceremonial duties as president. One notable incident was the burial of the last Ottoman Sultan, whose remains were brought to Beirut before being taken by train to Damascus for burial. In 1928, Debbas opened the grand theater in Downtown Beirut, designed by one of his own public works minister, Youssef Aftimus. In 1930, Debbas inaugurated a memorial in Martyrs’ Square: a statue named “The Weeping Woman” by Youssef Hoayek. It was later removed and now resides in the courtyard of the Sursock museum.

In his second term, Debbas faced more problems as the Great Depression, which had begun in the United States and caused ripple effects throughout the globe, including Lebanon. This opened him up to criticism over his handling of the economy; meanwhile, the Maronites were getting restless for the presidency.

By 1932, Debbas’s term as president was up and it appeared he would not seek an additional term. Both Edde and Khoury were vying to succeed him, with the latter appearing to have better chances. So Edde and other Christian MPs manuavered to elect then-Speaker of Parliament, Muhammad al-Jisr, a Sunni politician from Tripoli, as president. Along with the Muslim MPs who supported al-Jisr’s candidacy, his election was secured. According to Lebanese historian Kamal Salibi, Maronite Patriarch Antoun Aarida did not support the move, but did not oppose it either.

However, objection came from the French High Commission. Despite Jisr’s pro-French politics, they asked him to withdraw his candidacy. When he refused to do so, the French took unilateral action and, on May 9, 1932, suspended the constitution and dissolved Parliament. A week before presidential elections were scheduled to take place, they were postponed. The French asked Dabbas to carry on in his role as president for two more years.

Salibi contends that the suspension of the constitution had less to do with the elections and more to do with not wanting to share decision making with Parliament, especially after the onset of the Great Depression.

It was the first of many presidential election impasses in Lebanon's history.

In the meantime, there was growing angst among the Maronites to elect a president from their community. In 1933, Christian communities sent a petition to the French High Commissioner asking him to amend the constitution so that it would clearly state that the head of state must be Christian. This followed a similar move in Syria, which had enshrined in its constitution that their president be Muslim.

Donavon said Dabbas considered running for re-election but, by 1934, the French wanted a Maronite to take over the helm— specifically Edde, who was a French favorite. However, they asked Debbas to stay on in Parliament.

Donovan said Debbas took great umbrage to this and is recorded as saying: “I'm not going to crawl through a window when previously I had been invited through the door.” However, he stayed on briefly as Speaker of Parliament before resigning that same year.

Since then, all of Lebanon’s presidents, whether in the Mandate or post- independence period, have come from the Maronite sect— with the exceptions of Ayoub Tabet, a Protestant, and Petro Trad, a Greek Orthodox, who were acting presidents for a few months until a new president could be elected.

After the National Pact was agreed upon in 1943, the roles of deputy speaker and deputy prime minister are designated to a member of the Greek Orthodox sect, but their powers are ill-defined.

Despite being sealed off from the executive branch, Donovon said this did not mean Orthodox influence dissipated. Instead, they turned to “informal avenues of influence: one of Beirut's most famous and enduring newspapers, An-Nahar, founded by Gebran Tueni and then run by his son Ghassan Tueni,” both Orthodox.

Other than the press, many Orthodox figures are notable in the world of diplomacy, such as Charles Malik, a former Forgin Affairs Minister who co-authored the UN Universal Declaration of Human Rights.

The late president’s namesake and distant relative, architect and lecturer at Stanford University Charles Debbas told L’Orient Today that he hopes to see a secular political system in Lebanon.

“I strongly believe that religion should remain private and that the political qualifications should be based on the best interests of every citizen, regardless of any religious affiliation or social class,” he said.

BEIRUT– An old adage during the run-up to presidential elections in Lebanon is that every Maronite is a candidate for president. In practice, only a handful of elites are seriously considered for the position, but it's true that, by convention, the position is reserved for a Maronite.Though not required by law, the 1943 National Pact — a gentleman's agreement between Lebanon’s different...