Here’s what happened over the weekend and what to expect today, Monday, June 27, and this week. 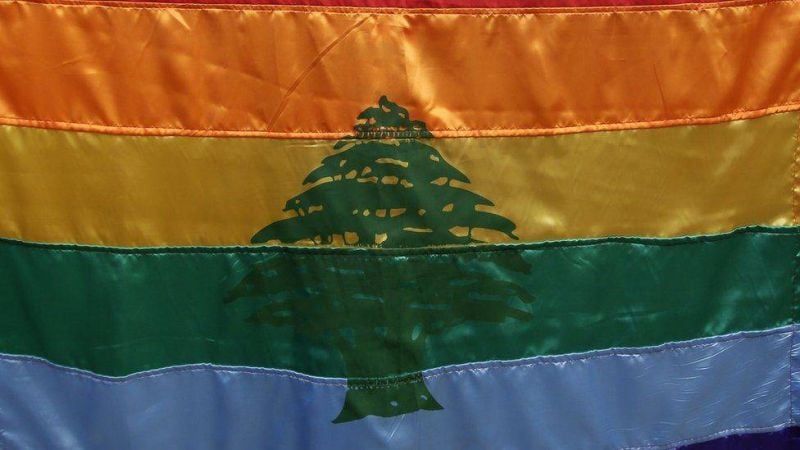 Incumbent Najib Mikati, who was elected prime minister-designate on Thursday, will meet with parliamentary blocs and MPs on Monday and Tuesday. Mikati, a familiar face of the political class and billionaire from the impoverished town of Tripoli, is now tasked with forming the next government. The International Support Group for Lebanon yesterday urged a quick government formation, after France called for the same the day before. However, any cabinet Mikati succeeds in forming will be short-lived as it will automatically be considered resigned when President Michel Aoun's term expires in October. In that context, the International Support Group, which is made up of the UN, China, France, Germany, Italy, Russia, the United Kingdom and the United States, in addition to the European Union and the Arab League, implored the authorities to “respect the commitments made in the agreement with the International Monetary Fund.” The $3 billion in financing over four years pledged in the staff-level agreement between the IMF and Lebanon is conditional on the implementation of measures that include the passage of a banking restructuring strategy that “recognizes and addresses upfront the large losses in the sector, while protecting small depositors and limiting recourse to public resources,” according to the IMF. Meanwhile, AM Bank suspended its membership in the ABL over a letter sent to the IMF on June 21 by an adviser of the Association of Banks in Lebanon, in which banks called the draft agreement “unlawful” and “unconstitutional.”

A protest in support of the rights of LGBTQ+ people, scheduled to take place yesterday, was postponed due to threats, the organizers said. A new date has not been named. The protest was called for by civil society groups, to be held in front of the headquarters of the Interior Ministry in response to a call issued by the ministry for security forces to stop events “promoting homosexuality” amid celebrations of Pride Month. “After an increase in death threats and calls for counter-demonstrations ... we have decided to postpone our demonstration, which will be held in the coming days,” the NGO Helem, which advocates for the rights of the LGBTQ+ community, wrote on its Twitter account. Furthermore, the organization called on “law enforcement to take full responsibility” for what could happen to members of the community and promised to “take all legal measures to deal with all threats.” On Friday, Interior Minister Bassam Mawlawi sent a letter to the General Directorate of General Security and the General Directorate of the Internal Security urging them to crack down on LGBTQ+ gatherings — leading to the cancelation of some planned Pride events — while a group calling itself the “Soldiers of God” posted a video of its members dismantling a rainbow flag made of flowers on a billboard in Ashrafieh. (Almost as if to underline this sentiment, a Gallup poll published on Saturday revealed that Lebanon is the angriest nation in the world.) While Lebanon criminalizes same-sex relations under Article 534 of the Penal Code, court rulings in recent years have held that it does not apply to consensual relations between adults, while the Lebanese constitution meanwhile guarantees the protection of human rights and the equality of citizens. Although his decision led to a wave of criticism by human rights advocates on social media and by citizens who accused the government of using the issue to distract from the country’s deteriorating economic and political situation, religious leaders from various sects issued statements in support of Mawlawi’s decision, while the minister asserted that “freedom of expression cannot be invoked in this case, since it is a violation of the habits and traditions of our society, contrary to the principles of monotheistic religions."

At least one person was killed and several others injured Sunday after a three-story building completely collapsed in the Qibbeh district of Tripoli, in North Lebanon. The Civil Defense, the Red Cross and the Internal Security Forces were dispatched to the scene of the latest tragedy to befall the second largest city in the country , the causes of which remain unknown. They were helped by local residents who also rushed to the scene. The army established a security cordon in the perimeter because of a risk of collapse of other neighboring buildings while bulldozers are working to remove the rubble. Prime Minister-designate Najib Mikati, himself a Tripolitan, asked the health minister to order the hospitals of the region to receive the wounded, and asked the Higher Relief Committee to compensate the inhabitants who were affected by this tragedy. On Saturday, torrential rains caused damage in certain regions of Lebanon, particularly in the north. It remains unclear whether the collapse of the building in Qibbeh is linked to the recent extreme weather conditions.

Public administration employees in Lebanon, who have been on an open strike since June 13, plan to hold a sit-in on Tuesday in front of the Port of Beirut. In a statement released on Sunday , the League of Civil Servants called on the state to implement measures to help them cope with the economic crisis, first and foremost through an increase in salaries. In addition to continuing its open strike, the League announced that “a central rally will take place Tuesday at 11 a.m. in front of the Port of Beirut,” calling on the other public sector unions to “participate massively.” Last January, the government approved several measures to support civil servants, including an increase in transport allowances and exceptional aid. On Aug. 4, 2020, the Port of Beirut and many districts of the capital were ravaged by the explosion of a huge stockpile of ammonium nitrate that killed more than 220 people, injured 6,500 and traumatized the entire population. Political maneuvering has led to a perpetual postponement of a probe into the blast. Meanwhile, on Friday, the UK’s High Court of Justice in London issued a court order in response to a lawsuit filed by the Beirut Bar Association compelling Savaro Ltd., the firm suspected of importing the ammonium nitrate that detonated in the port explosion, to reveal its owners. The decision comes 10 months after the civil suit was filed on Aug. 2, 2021, with the aim of forcing Savaro to “repair the damage caused, especially since it abandoned these dangerous products in November 2013 without worrying about the conditions of their storage.”

With coronavirus numbers soaring once again, public health officials Saturday encouraged residents to get their COVID-19 jabs. “We are facing a new wave of COVID-19 that is expected to be more infectious and to spread faster,” the executive committee for COVID-19 vaccination said in its statement. The vaccination committee announced findings that the number of confirmed cases of COVID infections, both in Lebanon and internationally, has “increased worryingly in a short time.” After a period of daily case numbers of less than 100, health officials reported 611 new cases on Sunday. The Ministry of Public Health’s COVID-19 report for Friday showed a PCR positivity rate of 10.4 percent over the previous seven days. Stressing the importance of vaccination, the committee urged citizens to receive their doses, noting the country’s low vaccination rate which does not exceed 45 percent. The Ministry of Public Health has made free vaccinations available this week and published a list of centers where residents can get their jabs on a walk-in basis. The first dose is available to everyone over the age of five, while the second is available three weeks after the first; the third inoculation can be taken five months after the second, and the fourth six months after the third. A list of MOPH vaccination centers is available here.

In case you missed it, here’s our must-read story from this weekend: “Can Lebanon’s National Conservatory of Music still be saved?”

Incumbent Najib Mikati, who was elected prime minister-designate on Thursday, will meet with parliamentary blocs and MPs on Monday and Tuesday. Mikati, a familiar face of the political class and billionaire from the impoverished town of Tripoli, is now tasked with forming the next government. The International Support Group for Lebanon yesterday urged a quick government formation, after France...