Athlete's visa denial, tuition dollarization, bread lines: Everything you need to know to start your Wednesday

Here’s what happened yesterday and what to expect today, Wednesday, June 22 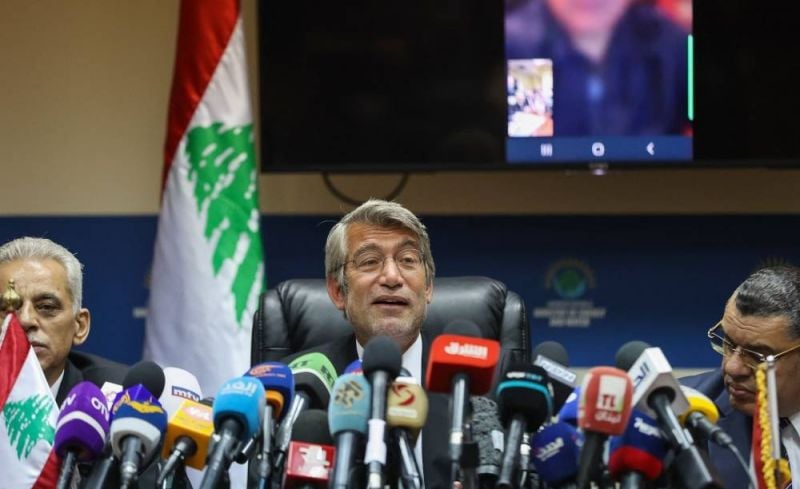 Athlete Noureddine Hadid has been barred from participating in the World Athletic Championships in the United States after his visa was declined. Hadid was denied a visa despite having an invitation from the American and the international federation of World Athletics. He said his visa was denied on the spot as it lacked documents proving that he was willing to return to his country after the championship ended. Hadid has a track record of successfully representing Lebanon abroad in championships in Qatar, South Korea, and in Japan for the Summer Olympics. Lebanon is notorious for having one of the weakest passports in the world, not to mention one of the most expensive up until the recent economic crisis.

The state-run Lebanese University said that the tuition for a small portion of its graduate programs would be priced in dollars. The news was confirmed by the dean of the Lebanese University’s Faculty of Engineering, Rafic Younis, who said the dollarization of tuition fees would only apply to specialized graduate programs in his faculty. The specific majors in question include urbanism, theater design and landscaping. However, Younis did say that the fees for these courses could be paid at Banque du Liban’s Sayrafa exchange rate, which is presently several thousand lira lower than the parallel market exchange rate. He also noted that these were only one-year programs that are optional and that the move would not affect five-year degrees. The move comes after both the Lebanese American University and the American University of Beirut dollarized their tuition.

Walid Joumblatt’s Progressive Socialist Party yesterday announced its support for the candidacy of Nawaf Salam as prime minister-designate. Making the announcement, the party emphasized “the need to form a ministerial team without delay, far from any blockage, so that it can embark on the missions entrusted to it.” The PSP’s move came two days ahead of parliamentary consultations to designate the head of Lebanon’s next cabinet. On Monday, opposition party Taqaddom which includes MPs Najat Aoun and Mark Daou announced that it would back Salam to become the next prime minister. Salam is a former Lebanese ambassador to the United Nations and current judge at the International Court of Justice.

Bread queues started to form in the capital Beirut and in North Lebanon yesterday as syndicates warned of increased food insecurity. In some instances in North Lebanon people waited in long lines to buy bread and then sell it on the black market for a profit. On Tuesday the head of the bakery owners’ syndicate, Ali Ibraham, said that Lebanon was in a dire situation as flour mills have yet to receive credits to cover the costs of importing wheat shipments used to make Arabic bread. Despite receiving approval from the World Bank’s board of directors for a $150 million loan to finance wheat imports, Parliament has yet to ratify the deal. The news comes amid an open-ended civil servants strike, which has created a backlog at the Beirut and Tripoli ports. Both the Union of Food Importers and the Beirut Chamber of Commerce have warned this could add further complications to the country’s food security.

Lebanese, Egyptian and Syrian officials jointly signed a gas deal yesterday. However, questions remain over whether the US will support this agreement which it had initially sponsored. The original plan was first announced in the summer of 2021 during crippling power cuts across Lebanon. The plan is meant to address this shortage using Egyptian gas that would be transported through Jordan and Syria. So far, however, no party to the agreement has received assurances from the United States that the deal will not trigger sanctions, as the countries involved are wary of US sanctions on those who do business with Syria under the Caesar Act passed in 2019. Last week, US mediator Amos Hochstein told AlHurra television station that the United States was still waiting to see the final terms of the agreement to see if they comply with sanctions regulations. Additionally, complications still surround the funding of the agreement.

In case you missed it, here’s our must-read story from yesterday: “Protest movement MPs divided over Nawaf Salam’s designation”

Want to get the Morning Brief by email? Click here to sign up.Athlete Noureddine Hadid has been barred from participating in the World Athletic Championships in the United States after his visa was declined. Hadid was denied a visa despite having an invitation from the American and the international federation of World Athletics. He said his visa was denied on the spot as it lacked documents...