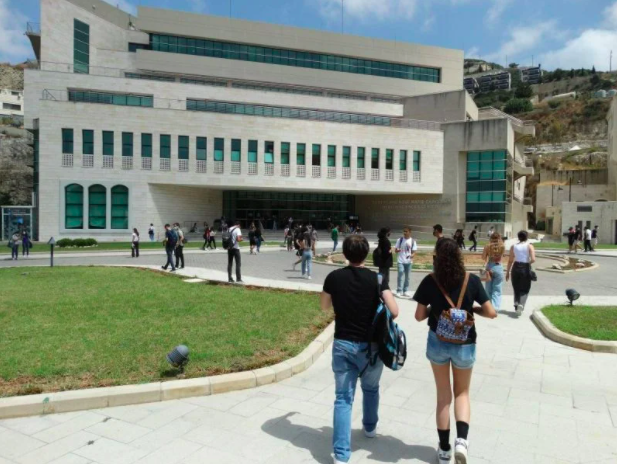 • In its email the President of the university Michel Elias Mawad wrote “to sustain LAU, and continue with our excellent academic standards while addressing LAU’s affordability, LAU has decided 1) to adopt a fresh dollar budget effective fall 2022 to financially sustain the full value of education. 2) To increase the Financial Aid budget to a record of $100 million or more as needed, to support the great majority of students.”

• The Vice President of LAU’s student council Teya Abou Zour told L’Orient Today that “due to the economic situation and the fact that the university pays everything in dollars, the administration said they have no choice but to raise the fees.” She added,“The administration told us they are afraid that the faculty would lose all of its employees including the professors would leave and they think this decision comes to protect it." She also explained that the students council had several meetings with President Mawad and the financial branch and agreed with the administration to announce the decision before the end of the semester so that the students know what to do in the upcoming semester, either to transfer to another school or find another solution to pay their tuition.

• The student council vice president also said that the university administration assured the council that most students who can’t afford to pay due to the tuition increase will be granted financial aid. "As a student council we are planning to be the voice of the students and deliver all their suggestions, concerns, the .. reactions to the administration as they are," Abou Zour added.

• Mawad told L’Orient Today that with the Lebanese currency’s constant devaluations, “the economy is moving to dollarization, so we have to collect our revenues in the same currency. There’s always a risk of having attrition on the number of students, however we have obtained $100 million to help subsidize the tuition of students.” Mawad also said that LAU is working on opening a branch in Iraq and other countries “for the purpose of getting dollar revenues for the university to keep standing.”

• Ayman, a graduate student at LAU, has six credits left before graduation, and since he does not benefit from financial aid packages as a graduate student, Ayman will have to pay around $5,000, as opposed to LL15 million, or $635 at the previous pricing rates.

• M. Youssef, an undergraduate student at LAU, told L’Orient Today that he will transfer to another university before Fall 2022 because he won't be able to pay in fresh dollars. He also accused the student council of not taking action to stop the dollarization of fees, saying it was instead more concerned with shifting on-campus classes to online courses. Commenting on the financial aid solution he said, “it is like hitting a person with a knife then aiding him.”

BEIRUT — The Lebanese American University, for the second time this year, announced to its students in an email on Wednesday that it will only accept US dollar payments for tuition fees starting fall 2022. Prior to this decision, LAU was collecting 35 percent of tuition fees at the so-called “lollar” exchange rate of LL8,000 to the US dollar, and 65 percent at an old lollar exchange rate...