The Taqaddom party corners its peers and decides to nominate Nawaf Salam for the premiership. 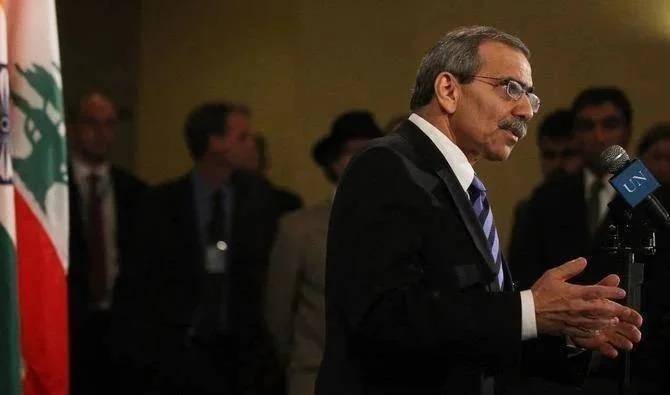 Nawaf Salam, former ambassador to the UN and judge at the International Court of Justice. (Credit: AFP)

Although they put all their goodwill into it and spent hours negotiating to form a common front, the 13 protest movement MPs ended up failing to agree on the name of the prime minister they intend to designate on Thursday during the consultations at the Baabda Presidential Palace.

In a tactic probably seemingly aimed at placing the rest of the MPs in front a fait accompli, and cutting short the hesitations and differences that have been undermining their ranks, the Taqaddom party, which includes Mark Daou and Najat Aoun, MPs from the Chouf, decided Monday in the course of the day that their candidate for the premiership position will be Nawaf Salam, a former ambassador to the UN and judge at the International Court of Justice, according to a party statement.

This announcement came as negotiations continued on Monday during the day to try to bring the divergent views together.

Some MPs were in favor of nominating Salam, who is considered by a significant part of the 13 newly elected representatives as being the appropriate figure to steer the country out of the crisis.

The remainder of the “change” MPs categorically refuse Salam’s candidacy, as he is accused of having ended up joining “a part of the ruling class,” especially during the legislative elections, having supported the list of former Prime Minister Fouad Siniora and Khaled Kabbani.

Salam, who was asked to join Siniora’s ticket but refused, could not be reached for comment Monday.

“Not only did he try to join the camp of Siniora, who for us is part of the political establishment with which we refuse to deal, but by actively supporting his list during the elections, he worked to create divisions in the ranks of the protest movement,” Paula Yacoubian, MP for Beirut I, told L’Orient-Le Jour.

Halimé El Kaakour, from the Lana Party, also opposes Salam’s appointment, joining other members of the group who preferred not to disclose their choice of prime minister for the moment.

Fearing that they would expose their differences, which make them extremely vulnerable in this type of situation, the protest movement MPs refused to make a final decision before the meeting that was scheduled for last night, at the end of which they still hoped to reach a unanimous decision.

“Even though the Taqaddom party announced its preference for a particular candidate, its members, Mark Daou and Najat Aoun, will do their best to agree on a name with their peers,” said Laury Haytayan, spokesperson for Taqaddom.

The idea is not to join Salam’s critics as much as it is to try to convince the recalcitrant of the relevance of this option.

The Taqaddom party members justify their choice by highlighting the judge’s “transparency, integrity and the needed ability to work and confront [the establishment].” “He is not involved in the network of corruption and quota system.” the statement continued.

While recognizing that the party’s most fundamental right is to decide on a particular candidate, Yassin Yassin, MP for the Bekaa and member of the 13 group MPs, believes that the Taqaddom party rush a bit in unilaterally naming Nawaf Salam as its candidate of choice to be named prime minister-designate.

While Salam continues to be all the rage among some members of the group, it is not clear whether he will garner a large majority.

While he could garner the support of other traditional political parties, such as the Lebanese Forces, the Progressive Socialist Party, and even the Free Patriotic Movement that suggested that this option exists, several MP stemming from the protest movement fear that if they endorse a candidate who is ultimately supported by several establishment parties, they could lose an important aspect of their identity.

“It is not just Nawaf Salam or Najib Mikati. We have our own candidates,” said a source close to the protest movement.

Among the other names circulating is that of Hassan Sinno, a candidate who was running in the Beirut II constituency, but ended up withdrawing from the Beirut the Change list due to incompatibility with some of its members.

In addition to his skills in the economic and financial fields, Sinno — a graduate of industrial and financial engineering from Columbia University — has the benefit of being “the son of the protest movement par excellence,” said Zeina Helou, a political bureau member of Lana party, of which Sinno is also a member.

There is another name that also seems to be pleasing within this group. It is that of Khaled Ziadeh, director of a center for research and political studies in Beirut, Lebanese ambassador to Egypt and delegate to the League of Arab States.

Another point of divergence that the 13 group MPs might trip over, in addition to the candidate’s profile, is the cabinet’s architecture. While the Taqadom party is clearly in favor of a mixed cabinet consisting of “technocrats and political figures,” the Lana party in particular is in favor of a purely technocratic rescue cabinet with exceptional powers of limited duration to carry out a program that is very much focused on socio-economic issues, which they believe are a priority in the midst of the country’s meltdown.

“At the end of the day, there is no perfect option. Whatever choice we make, there will always be a thorn, as roses have,” Yassin said.

Although they put all their goodwill into it and spent hours negotiating to form a common front, the 13 protest movement MPs ended up failing to agree on the name of the prime minister they intend to designate on Thursday during the consultations at the Baabda Presidential Palace.In a tactic probably seemingly aimed at placing the rest of the MPs in front a fait accompli, and cutting short the...