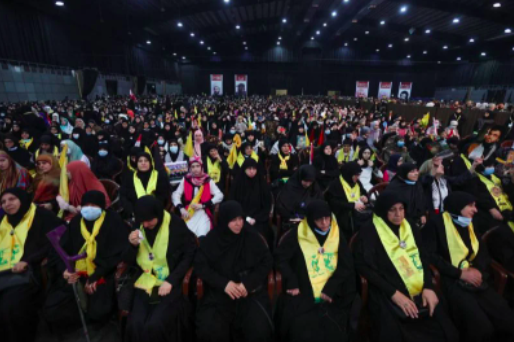 While the party reckoned it would be able to retain its parliamentary majority in the May 15 legislative elections, Saudi Arabia’s re-involvement in the land of the cedars appears to have made the battle harder.

According to information obtained by L’Orient-Le Jour, Hezbollah and its opponents believe that the battle is likely now to be played out between a few seats, five at most out of the 128 at stake.

Hassan Nasrallah’s party has found, in its latest field studies, that the kingdom’s political return to Lebanon has caused a change in the dynamics within the Sunni and Christian communities, according to several party members who spoke to L’Orient-Le Jour.

Hezbollah now fears that the same scenario as 2009 will play out again, when the March 14 camp managed to snatch a political majority in Parliament as a result of Riyadh’s mobilization.

In a speech in April 2022, Nasrallah warned against the danger of Saudi Arabia’s political comeback on the local scene after months of strained relations between the two countries.

He said that in 2009, “hundreds of millions of dollars were spent on media, election campaigns and vote buying in the last weeks leading up to the elections,” to ensure a landslide victory for the March 14 camp.

Since his return to Beirut, Saudi Ambassador Walid Bukhari has been multiplying his meetings on the elections, as the kingdom is seemingly offering political and financial support to its local allies.

“Bukhari wants to remain discreet so as not to provoke Hezbollah,” an Arab diplomatic source told L’Orient-Le Jour.

The Saudi official canceled a planned visit to the Bekaa, considering that this could play into Hezbollah’s hands, which would have deemed it as Saudi infiltration in one of its strongholds.

A few days ago, however, Bukhari visited Tripoli, the predominantly Sunni capital of Northern Lebanon, in an apparant bid to dispel rumors about his departure from Lebanon and the suspension of his activities.

Saudi Arabia made a political return to Lebanon after a five-month hiatus. This was in part the result of French diplomatic efforts, notably that of French President Emmanuel Macron, who talked Riyadh into re-engaging with Lebanon arguing that vacuum in the land of the cedars was counterproductive.

L’Orient-Le Jour learned that Hezbollah has expressed its displeasure to the French diplomatic staff in Beirut upon the Saudis’ return to the local scene and their engagement in the electoral process.

For Hezbollah, the upcoming polls are of strategic significance. The party is accusing its opponents and their allies abroad of seeking to undermine them, and has held several meetings in recent days to consider all possible scenarios for the future.

According to L’Orient-Le Jour’s information, the party’s senior officials have different opinions on whether or not they will be able to maintain a majority on May 15.

The most optimistic, however, are aware that, at best, it should be a fragile majority of a few seats.

Its main ally, the Free Patriotic Movement, has already lost five independent MPs who had joined the presidential bloc after the 2018 election.

While Deputy Speaker Elie Ferzli remains a Hezbollah ally, the other four MPs (Michel Moawad, Nehmat Frem, Chamel Roukoz and Michel Daher) no longer support the party, which is already a setback to its 2018 majority.

If the FPM loses a few seats in the elections, scheduled in less than a week — something that analysts predict — Hezbollah will have difficulty maintaining its majority unless it makes significant gains in Sunni areas, a scenario that appears implausible now that Saudi Arabia is back.

Under these conditions, the FPM detractors believe that the party is now trying to persuade Hezbollah of the importance of postponing the elections.

“We must be able to move… Otherwise, the government will prove that it is unable to organize the legislative elections. We can, if necessary, suspend our participation,” said Gebran Bassil last weekend following tensions surrounding his election meeting in Akkar.

This was the first time that the FPM head, himself a candidate for one of the two Maronite seats in Batroun, mentioned a possible suspension of participation in the elections for security reasons, as if to justify a possible postponement.

“Hezbollah could be sensitive to these arguments. Nothing’s for sure yet when it comes to actually holding the elections,” a 14 March heavyweight told L’Orient-Le Jour.

Turnout numbers in the May elections will be decisive, notably in Sunni areas.

After announcing his retirement from politics, former Prime Minister Saad Hariri called on his supporters to boycott the polls.

But several voices within the Sunni community have since been encouraging the population to vote.

Grand Mufti Abdel-Latif Derian recently called for massive participation in the elections, an appeal that is expected to be reiterated by religious figures during the Friday prayers that precede election day.

What’s more, there are unconfirmed leaks about the possibility of Hariri urging his supporters to cast their ballots, at the request of the Gulf states.

On the ground, things are moving in this direction. On Saturday, the head of the Future Movement office in Beirut, Ahmad Hachimiyeh, visited former Prime Minister Fouad Siniora at his residence. The latter currently enjoys Riyadh endorsement and support.

Sources who followed up on the meeting said that Hashimiyeh decided to meet with Siniora after the Gulf countries had clearly shown support for the latter on the ground in Beirut II, especially since Hashimiyeh endorsed the rival list of Nabil Badre in this constituency.

Riyadh’s re-engagement with Lebanon has caused some concern whinin Hezbollah's ranks.While the party reckoned it would be able to retain its parliamentary majority in the May 15 legislative elections, Saudi Arabia’s re-involvement in the land of the cedars appears to have made the battle harder.According to information obtained by L’Orient-Le Jour, Hezbollah and its opponents believe that...