Here’s what happened over the weekend and what to expect today, Monday, Oct. 11, and this week 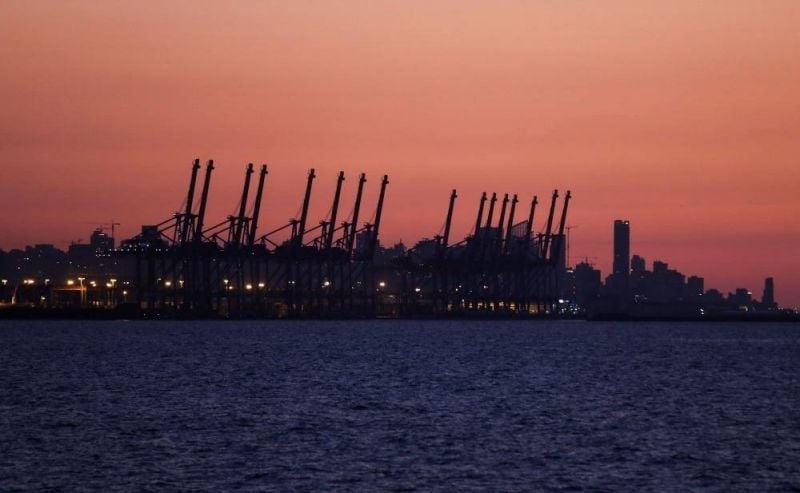 A view shows the cranes of the Beirut port from Dbayeh on Oct. 10. (Credit: Mohamed Azakir/Reuters)

The limited power supply from the state electricity company, Electricité du Liban, was restored yesterday after a complete shutdown on Saturday. EDL announced on Saturday that the Zahrani and Deir Ammar power plants had gone offline because of fuel shortages, despite the fact that Lebanon has so far received two shipments of fuel under a deal with Iraq that was supposed to enable EDL to generate four to six hours of state electricity a day. However, the next day the plants were back online after the Lebanese Army provided EDL with 6 million liters of fuel oil. The Energy Ministry said in a statement that it had also received a $100 million credit from the central bank that would allow it to import more fuel.

Lists not aligned with traditional political parties saw weaker results in Friday’s student elections at the Lebanese American University than in last year’s polls, while a larger number of voters abstained. Independents and the Secular Club, which did not ally themselves during the elections, won a total of nine seats at the Beirut and Jbeil campuses, compared with 14 last year, our sister publication, L’Orient-Le Jour, reported. In Beirut, independents and the Amal Movement won an equal number of seats, while in Jbeil the Lebanese Forces list took the largest number. Only 49 percent of students voted this year, compared with 62 percent the year before, likely in part due to a campaign by Hezbollah supporters to boycott the polls because they objected to the electronic voting system. A source close to the independents told L’Orient Today that while the results were less successful than last year’s, they were still stronger than the period before the Oct. 17, 2019, mass protests. The source also suggested that the two anti-establishment parties could have achieved a better result had they allied themselves during the elections. The student board elections at the American University of Beirut and Saint Joseph University (USJ) will be held on Thursday, Oct. 14, and Saturday, Oct.16.

Amid a political push to hold parliamentary elections early, the Free Patriotic Movement said it opposes moving the vote up to March 27 from the originally scheduled date in May. In a statement, the party cited a number of issues with the March date, including potential inclement weather in mountain regions. Some proponents of the change have said they seek to avoid campaigning during Ramadan, which will fall in April; however, some analysts say the proposed date change is more likely due to political calculations. On Saturday, Hezbollah Deputy Secretary-General Naim Qassem said the party supports allowing Lebanese expatriates to vote in the elections. His statement came after reports that the party opposed allowing votes from abroad, in part due to difficulties in campaigning given that the group is designated as a terrorist organization in some countries that are home to a large Lebanese diaspora population, notably the United States.

Public schools are set to reopen today following a two-week delay imposed by the education minister to allow him to present a financial plan that would prevent a teachers strike. Abbas Halabi presented the plan last week, which for full-time teachers included a 50 percent raise, an additional $90 paid at the parallel market exchange rate and higher transportation allowances. Part-time teachers would receive a 50 percent wage raise, bringing their hourly salary to LL30,000. The Public Primary School Teachers League tentatively agreed to the financial plan on Friday, but said negotiations with the ministry are still ongoing. The delay to the school year — originally scheduled to begin on Sept. 27; private schools have started up again — has left parents and students worrying about the possibility of children falling even further behind in the classroom after the country’s economic and COVID-19 crises already set them back. The risk is particularly acute this year, as recent data suggest that some 100,000–120,000 students have transferred from private to schools over the past couple of years.

Following the Iranian foreign minister’s visit to Lebanon last week, Hezbollah chief Hassan Nasrallah is set to deliver a speech tonight to discuss the latest political developments in the country. Among the assurances made during his visit, Hossein Amir-Abdollahian announced, “Iranian companies are ready to build two power plants in Lebanon.” Soon after, Ghobeiri Mayor Maan Khalil said one of them may be constructed on the current grounds of the Golf Club of Lebanon in the municipality, which prompted an outcry from environmentalists and political figures. Meanwhile, Lebanon is anticipating the arrival of another influx of Iranian fuel brokered by Hezbollah. Last week, TankerTrackers.com announced the arrival of a third Iranian fuel ship at Syria’s Baniyas port, this time carrying gasoline rather than diesel. When asked about the technicalities of how the gasoline is going to be distributed and at what price, a Hezbollah spokesperson declined to give details. Hezbollah distributed Iranian diesel yesterday in 37 villages, including in the Saida area, L’Orient-Le Jour reported.

Want to get the Morning Brief by email? Click here to sign up.The limited power supply from the state electricity company, Electricité du Liban, was restored yesterday after a complete shutdown on Saturday. EDL announced on Saturday that the Zahrani and Deir Ammar power plants had gone offline because of fuel shortages, despite the fact that Lebanon has so far received two shipments of fuel...