Why does the ruling political class want to move up the parliamentary elections’ date?

The political forces might be seeking to take advantage of a positive dynamic in the country, shorten the new cabinet’s term or catch the opposition groups off guard 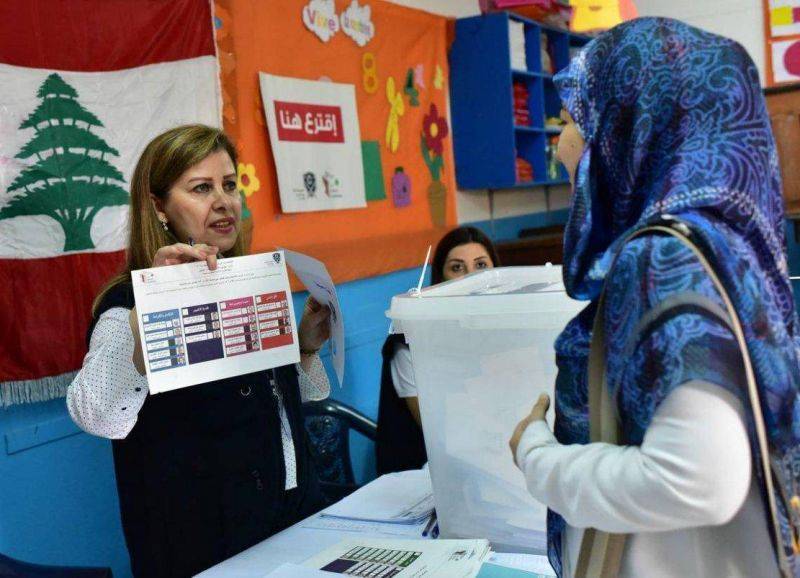 During an interview on the television channel LBCI on Sept. 28, Prime Minister Najib Mikati confirmed news that has been circulating for several days that the parliamentary elections will be held on March 27, 2021, up from the initial date of May 8 by six weeks.

The announcement came as a surprise to those who expected political forces to postpone the elections, as they have done in the past.

Stressing that there has been a “consensus” among Parliament’s various political blocs, MP Mohammad Raad (Hezbollah/Nabatieh) said on Sunday that the proposal to hold the elections early was motivated mainly by the fact that the month of Ramadan falls in April 2022.

Proponents of the change said it was logistically motivated, in a bid to ensure the smooth running of the electoral campaign.

“During the month of Ramadan, the way of life of fasting Muslims changes somewhat. At the end of the month, which marks Eid, people have their heads elsewhere. The electoral campaign would not proceed normally,” says MP Mohammad Khawaja (Amal/Beirut), whose party has campaigned for this schedule change.

Before Mikati confirmed the news, some MPs did not appear to have been informed.

Two days before the decision’s announcement, MP Nazih Najem (Future/Beirut) told L’Orient-Le Jour, “There has not yet been any serious discussion about this modification within our political bloc. The Presidential Palace was behind this idea.”

An Aounist MP who spoke on condition of anonymity says, “You know, whether it’s May or March, it doesn’t change much. For the moment, it is only an idea that is circulating here and there.”

Why are the political forces suddenly in such a hurry to go to the ballot box, while most of their MPs were initially opposed to early elections?

A slightly more positive wind is blowing in Lebanon now for mainstream parties, and they may be tempted to try to take advantage of it before the momentum wears off.

The cabinet formation, the imminent end of subsidies, the launching of ration cards, the International Monetary Fund’s Special Drawing Rights and even energy agreements for fuel imports are all developments that the political class will try to bank on.

“Contrary to popular belief, the political establishment needs elections. Whether it is Bashar al-Assad, Saddam Hussein or the Lebanese political class, elections remain a way to reclaim a certain legitimacy,” says Michel Douaihy, a political studies and public administration lecturer and researcher at the American University of Beirut.

Holding the elections earlier than scheduled also means shortening the term of Mikati’s cabinet and undercutting its mission.

“This is a maneuver to quickly replace the government that has just been formed and whose mission is truly suicidal,” says an MP who requested anonymity.

While Khawaja brushes aside these claims, he nevertheless recognizes that the decision to advance the elections has a political dimension to it.

“This is a reassuring sign that we wish to send to those in Lebanon and abroad who thought that the Lebanese political class was not going to hold elections. On the contrary, we want the vote to take place and to see new blood flowing in the central institution of our political establishment,” he says.

Western countries, chief among them France, have repeatedly called for the elections to be held on time in the hope that this would benefit the opposition political forces.

“The ruling political class fears these elections, but given the international pressure, it is unthinkable that they will be canceled,” says Antoine Moukheiber, a National Bloc party official.

Earlier elections could save the new cabinet the hassle of undertaking the reforms called for by the international community.

“Political parties may be also betting on an improvement in the socioeconomic situation, mainly as a result of an injection of donor funds to the country, to achieve better results. This, however, seems absurd because these funds must be accompanied by difficult measures, such as the reduction of staff in the public sector and holding elections,” Moukheiber adds.

Despite an unprecedented situation marked by a drying up of patronage networks and strong dissatisfaction among the population, traditional political groups appear to be confident of their prospects to win the elections or at least limit their losses.

According to Douaihy, the political parties would not hold the elections if they were not sure of winning them.

“Therefore, how the vote will be held is a central issue. All the measures that would ensure free and transparent elections will not be implemented. There is also the question of the participation of Lebanese expatriates, who are clearly in an anti-establishment mood,” Douaihy adds.

Lebanese living abroad must register on the electoral roll from Oct.1 to Nov. 20, 2021, to be able to cast their ballots in the parliamentary elections scheduled for the spring of 2022.

The Lebanese expatriates’ participation in the elections continues to spark debate because the law provides for only six Parliament seats to be reserved for the diaspora, which could undermine their votes’ impact.

“Lebanese living abroad are difficult to intimidate. They are often far from patronage networks and closer to reformist movements,” Moukheiber says.

“You just have to look at the results in previous elections. In 2018, Lebanese living abroad were able to vote from their country of residence. Almost 100,000 of them registered, and eventually only 70,000 turned up to the polls, with the majority voting for traditional parties,” she says.

Helou adds, “Obviously, things are no longer the same and this could lead to a change, but we must admit that past experiences are not very reassuring in this regard.”

‘The momentum is there’

The opposition forces were all convinced a few weeks ago that the elections would not take place.

Changing the election date could also be an attempt to catch them off guard, as they might not be ready to toss their hat in the ring yet.

“The opposition parties may not be ready to take on the traditional parties, which have well-established electoral machinery and a lot of experience,” Douaihy says.

Things for the National Bloc, however, appear more reassuring.

“Of course, we would have liked to have an extra month and a half to better prepare ourselves. But we are confident that the momentum is there, and that we can go through the elections without a problem, because the Lebanese want change,” Moukheiber says.

He adds, “According to the polls we have, 40 percent of Lebanese want to see the political class to be replaced by reformists, and 45 percent will probably vote the same as they did in 2018. This means that the fight at the ballot box will be on an equal footing.”

But with earlier elections, the opposition parties will have less time to complete the work that has been underway for a year and a half with the aim of coming up with a unified list — something that many deem crucial for the anti-establishment parties to succeed.

“At the end of the day, it was they who wanted early legislative elections,” quips Khawaja, referring to the opposition parties that have been calling for early elections.

During an interview on the television channel LBCI on Sept. 28, Prime Minister Najib Mikati confirmed news that has been circulating for several days that the parliamentary elections will be held on March 27, 2021, up from the initial date of May 8 by six weeks. The announcement came as a surprise to those who expected political forces to postpone the elections, as they have done in the...