Are public school students at risk of missing another academic year? 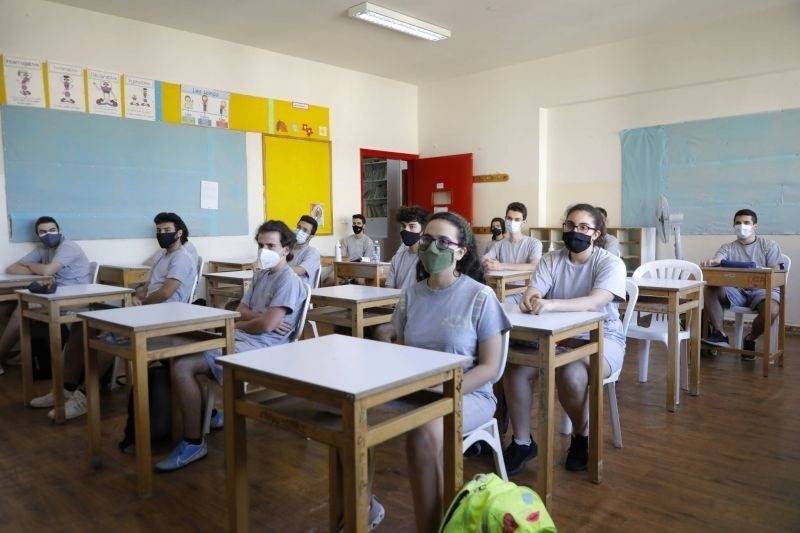 Worries about further delays of the public school year's start date are particularly pronounced among parents who moved their children from private to public schools this year for financial reasons. (Credit: Marc Fayad)

BEIRUT — “We’ve seen what delays in Lebanon mean. We have seen this in the judicial system and now in the education system,” Asma Mourad, a mother of two public school students, told L’Orient Today.

The academic year in Lebanese public schools was set to begin on Sept. 27, but less than 24 hours before the school year’s scheduled start, Education Minister Abbas Halabi announced that the first day would be postponed until Oct. 11. He said the move was made in an effort “to continue the constructive dialogue with the representatives of the teachers,” who have been threatening to strike over their salaries’ dramatic deterioration in value.

The delay left parents, educators and students in public schools anxious at the prospect of another lost or upended academic year, fearing that the initial postponement could be the first domino to fall in a series of delays.

This fear is particularly acute among the many parents who have moved their children from private to public schools this year after finding themselves no longer able to afford private school fees. A recent United Nations report noted that some 100,000–120,000 students are projected to have moved from private to public schools from the 2019–20 school year to the 2021–22 year.

“I had to pull the kids out from their private schools and enroll them in public schools because I cannot afford their tuition fees, especially since a list of pricey technological additions has been added to our bills,” Dania Chihab, who lives in Tripoli, told L’Orient Today, explaining that she had to buy extra internet routers for her kids to be able to study remotely during the past two years.

Chihab said she was already worried that she is compromising the quality of her children’s education through the shift, and now the delay has her concerned that her children may not get any education at all this year.

“I always used to threaten my kids to get good grades and to pass their academic year so that they won’t have to have a lost year and repeat a class,” she said. “I believe that education has to be done over a certain period of time so that they can be eligible to enter university and graduate on time, but now I don’t know if they will even start this academic year to begin with.”

The main question that will impact the start of the school year is: Will there be teachers?

Amid Lebanon’s current brain drain, many teachers have left the country, according to Albert Chamoun, an Education Ministry spokesperson.

“Although we don’t have an exact number, we lost many teachers this year who went to work abroad, and many others have asked to take an early retirement,” he told L’Orient Today.

The lira’s devaluation has wreaked havoc on teachers’ incomes, and many are unable to afford fuel to commute to work.

In this context, the Public Primary Schools Teachers League earlier this month announced that teachers would stage a countrywide strike if authorities did not increase teachers’ salaries and transportation stipends. After that, the Union Coordination Committee, which represents civil servants and secondary school public teachers, called for its members to participate in the strike.

“Teachers are severely impacted by the economic crisis, and what we are demanding is essential for us to go to schools and be able to teach — otherwise we simply cannot get to the school,” Manal Hdaife, a member of the Public Primary Schools Teachers League, told L’Orient Today.

The league met with the education minister last Tuesday and presented its “essential demands,” which include transportation stipends adjusted to the current fuel prices, and “wages that can cover our daily basic needs given that the economic crisis has decreased the value of our salaries ... [which] are now worth nothing,” Hdaife said.

Public school teachers get a monthly salary ranging from LL1.35 million to LL2 million, the same amount they received pre-crisis, while food and transportation prices have nearly quadrupled in the past year.

During his last speech before leaving the post, former Education Minister Tarek Majzoub said he was working on securing funds to raise the level of health coverage for teachers and provide them with adequate transportation stipends, along with adding extra incentives to account for inflation, but he never presented any concrete plans afterward.

Hdaife said the current minister, Halabi, had promised to develop an in-depth financial plan that would satisfy the teachers’ demands, but the numbers have not been shared yet.

Albert Chamoun, a media adviser at the Education Ministry , told L’Orient Today that the minister is compiling figures on all the expected international aid and discussing with the cabinet the potential level of local funding for the education sector in order to come up with a plan that is sustainable for both teachers and schools.

Halabi announced on Tuesday that the sum of international aid for both public and private schools in Lebanon has reached approximately $70 million, but he did not say how it would be spent.

If the public schools open on Oct. 11 without any further delays, it will signal the return to in-person schooling for children after almost two years of disruptions and learning loss during the COVID-19 pandemic.

Bill Van Esveld, a senior children’s rights researcher at Human Rights Watch, told L’Orient Today that his main concern is the impact of the apparent lack of planning if schools do reopen — and the lack of a plan B if they don’t.

“There is no plan for catching up classes, which are essential to get kids back into learning after two years out of school,” Van Esveld said.

He added that “NGOs want to help [students catch up] but haven’t been told how they can do nonformal education yet.”

Meanwhile, public school students, most of whom have had little to no education during the past two years, are eager to go back to school.

“I am just worried that my friends, some of whom are still enrolled in my former school, will graduate ahead of me, and I will be the only one left in school, ” he said.

Correction: A previous version of this article mistakenly stated that the education minister had announced the sum of international aid for public and private schools in Lebanon has reached approximately $70 billion. The correct number is $70 million.

BEIRUT — “We’ve seen what delays in Lebanon mean. We have seen this in the judicial system and now in the education system,” Asma Mourad, a mother of two public school students, told L’Orient Today. The academic year in Lebanese public schools was set to begin on Sept. 27, but less than 24 hours before the school year’s scheduled start, Education Minister Abbas Halabi announced that...