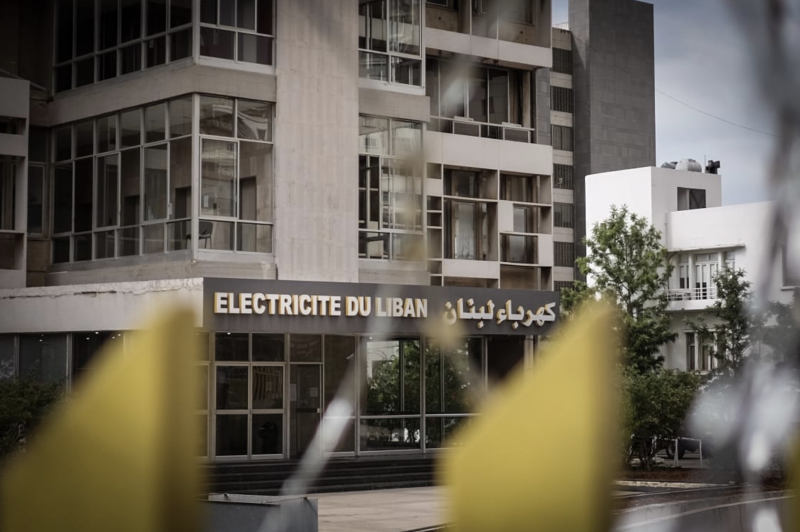 BEIRUT — Lebanon is set to receive this week an initial shipment of 30,000 tons of fuel oil that will help keep its power plants online and could boost state electricity production by as much as six hours a day.

The acquisition comes as part of a convoluted deal that involves obtaining 1 million tons of high sulfur fuel oil from Iraq over the next year, which would then be swapped for fuel that is compatible with Lebanon’s plants and could be used to generate power.

Although officials are already hailing the agreement as a success story, an analysis of the deal reveals a series of vague commitments for Lebanon that, if the country is held accountable to them, could have severe long-term repercussions given the current atmosphere of instability.

The deal, which L’Orient Today obtained a copy of, received exceptional approval from caretaker Prime Minister Hassan Diab at the Energy Ministry’s request, a ministry source said, but it has yet to receive Parliament’s approval.

According to its terms, Lebanon will purchase 1 million tons of heavy fuel oil over the course of a year, whose price will be set by the Iraqi State Organization for Marketing Oil (SOMO).

During a press conference following a parliamentary committee meeting held to discuss the deal, caretaker Energy Minister Raymond Ghajar estimated the Iraqi fuel’s value at $300 million–$400 million, an amount Lebanon cannot afford as it grapples with an unprecedented economic crisis.

The central bank — which provides dollars to pay for fuel imports — is running out of reserves. The cash-strapped state utility, Électricité du Liban, has cut back drastically on its services, while the diesel used to run private generators is in short supply, leading to prolonged electricity outages. With some Lebanese households currently getting only two or so hours of daily electricity, the four to six hours a day of state power that Ghajar said the Iraqi deal would provide are sorely needed.

Because the high sulfur Iraqi fuel oil is incompatible with power plants, Lebanon and Iraq have agreed to run tenders for companies willing to trade it for fuel that meets Lebanon’s standards. The two countries also agreed that Iraq has the right to choose the companies participating in the tender.

The deal’s initial tender took place at the end of July and was won by the Emirates National Oil Company.

Following the tender’s award, Ghajar said such tenders will take place monthly and that in future deals companies can be added to the three that participated in the July bid, which Iraq had chosen. Ghajar added that when all the fuel oil has been swapped, Lebanon will have obtained 750,000–800,000 tons of usable fuel through the mechanism.

To pay for the fuel supplied by Iraq, Banque du Liban will open an account for the Iraqi central bank, into which Lebanon will deposit so-called fresh dollars to purchase the fuel. Lebanon can defer making payments on each shipment for up to a year, at which time the funds will be due, along with interest. BDL will be responsible for making the payments, either in cash or via money transfer.

According to the terms of the agreement, the account created for the Iraqi central bank will be protected from haircuts and capital controls, while Iraq has the right to withdraw from the agreement if any party involved is sanctioned before or after the agreement is signed.

Other aspects of the payment mechanism will be determined by a purchase agreement between SOMO and Lebanon’s Directorate General of Oil.

Upon receiving payment, Iraq will be able to withdraw the money only in lira at the parallel market rate — presently about LL18,000 to the US dollar — or at the rate on BDL’s exchange platform, Sayrafa, currently about LL16,000 to the greenback.

The country can then use the lira to buy “goods and services” from Lebanon, the agreement states, without providing further details.

Speaking with L’Orient Today, Ghajar said Iraq will be able to use the money for Lebanese health services and consulting services.

Iraqi Finance Minister Ali Abd Al Amir Allawi said in an interview that Iraq will use the money to pay Lebanese specialists in various sectors including banking, insurance, education, transport and tourism.

While the deal may help keep Lebanon on the power grid once its fuel reserves run dry — which is expected as soon as the end of September — it may be premature for officials to herald its successes.

While Lebanon will be able to defer each payment for up to a year, the plan does not specify where BDL will get the money to finance its purchases once the time comes to pay up. As the central bank’s foreign currency reserves dwindle to critical lows, while the public utility has for decades run a massive deficit, the country seems hard pressed to conjure up the hundreds of millions of dollars it will need to foot the bill.

“Deferring payments will eventually turn them into debt as Lebanon is unlikely to pay for goods and services that are supposed to go for Lebanese beneficiaries,” says Yesar al-Maleki, an energy economist and adviser at the Iraq Energy Institute. “It would be an additional external debt and [could] cause reputational damage to Lebanon,” he added.

Should Lebanon not be able to meet its payment deadlines, the agreement does not specify penalties, rendering Lebanon vulnerable to ever more spiraling debt risk.

But at least some Lebanese officials, for their part, seem willing to brush aside concerns about premature optimism with respect to the deal.

“Iraq is definitely trying to regain its political role in the region, so the deal could have been a message for other countries that they are now a stabilizing force in the region,” MP Yassine Jaber (Amal/Nabatieh) told L’Orient Today.

Bilal Abdallah (PSP/Chouf) also brushed aside concerns about the vagaries of the plan as written, saying that Diab’s exceptional approval of the agreement was a testament of how much it favors Lebanon.

“We should not get into [the plan’s] details,” Abdallah said. “Iraq is doing us a huge favor so I don’t think a country willing to go that far could ever abuse its agreements.”

BEIRUT — Lebanon is set to receive this week an initial shipment of 30,000 tons of fuel oil that will help keep its power plants online and could boost state electricity production by as much as six hours a day.The acquisition comes as part of a convoluted deal that involves obtaining 1 million tons of high sulfur fuel oil from Iraq over the next year, which would then be swapped for fuel that...