Aid to ease the fuel and water crises, Iranian fuel lacks sign-off from the state, vaccine push ahead of schools reopening: Everything you need to know today

Here’s what happened yesterday and what to expect today, Thursday, Sept. 2 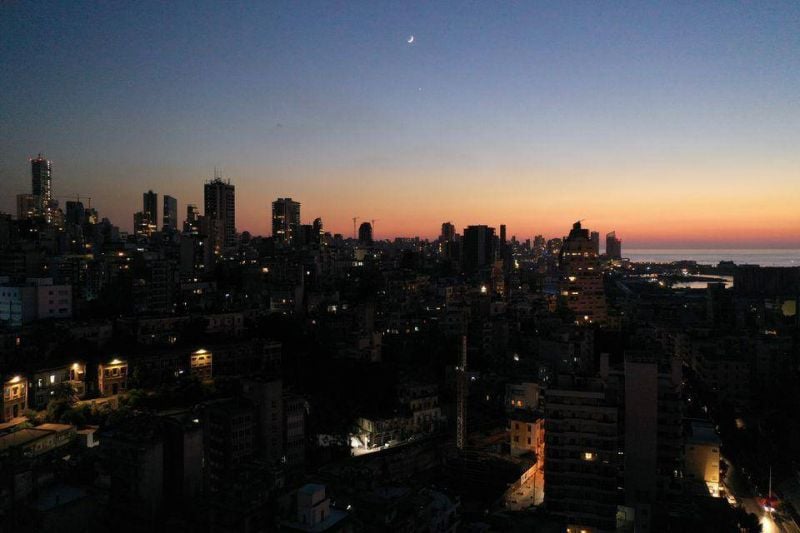 The United Nations allocated $10 million to help ease severe fuel and electricity shortages at health and water facilities in Lebanon. Some $4 million from a UN emergency fund is expected to supply fuel for electricity to Lebanon’s hospitals, water stations and health care centers. An additional $6 million from the Lebanon Humanitarian Fund has also been allocated to help Lebanon’s health facilities including primary health care centers, dispensaries and medical cold chain storage facilities. Hospitals across the country have had to cut back on operations because of countrywide shortages of medical equipment and vital drugs. Meanwhile, UNICEF has issued warnings over recent months that more than 4 million people in Lebanon are at imminent risk of losing access to safe water due to power cuts and fuel shortages that endanger pumping operations.

The country’s top energy official said the Lebanese government has not received any official request to import Iranian fuel, despite the fact that at least one tanker appears to be en route. When asked about the Iranian shipment yesterday, caretaker Energy Minister Raymond Ghajar told reporters, “Our role is restricted to import permits; we did not receive a request for permission.” A tanker carrying Iranian fuel is believed to be headed toward the Suez Canal, according to TankerTrackers.com, a site tracking oil shipments. The second tanker, which is carrying gasoline has not yet departed, while the third tanker is still loading gasoline at the port, the website said on Twitter. Hezbollah leader Hassan Nasrallah said last week that the third vessel of Iranian fuel was being loaded, after having made previous promises of the two other Iranian fuel shipments to Lebanon, to help ease severe fuel shortages. The move by Nasrallah has garnered criticism from opponents who have accused the group of bypassing the state and warned that importing Iranian fuel heightened prospects of US sanctions. Responding to reporters yesterday while on a visit to Lebanon with a US delegation of senior-ranking senators, Sen. Richard Blumenthal (D-Connecticut) said, “There is no need for Lebanon to depend on Iranian fuel, and we are actively working to solve the fuel crisis in Lebanon.”

A deal to purchase 1 million tons of Iraqi fuel oil, to be swapped for fuel compatible with Lebanon’s power plants, was approved by a joint parliamentary committee and sent to the full legislature. Although the full Parliament has yet to approve the deal, an initial monthly tender has already been awarded to swap the fuel. Caretaker Energy Minister Raymond Ghajar said the Emirates National Oil Company is set to deliver two shipments of fuel to Lebanon, the first deliveries under the deal. The first shipment containing 30,000 tons will be delivered between Sept. 5 and 10, and the second between Sept. 10 and 20, Ghajar said. In July, Lebanon signed an agreement with the Iraqi government to import the fuel oil to help with countrywide shortages that have led to crippling power cuts, in exchange for vaguely defined “goods and services” to be provided by Lebanon. In total, the fuel provided under the deal is expected to supply four to six hours of state electricity for one year, according to Ghajar.

Michel Aoun announced that he has allocated LL4.9 billion for a long-awaited forensic audit of Lebanon’s central bank. The president said yesterday that he had signed a decree allocating the amount to consulting firm Alvarez & Marsal to execute the new audit. However, a new contract will need to be signed before work can begin. In September 2020, Lebanon signed a $2.1 million contract with Alvarez & Marsal, but the company terminated the contract in November after the central bank refused to fully cooperate with the probe, citing banking secrecy laws. The firm was not paid the contract’s $150,000 termination fee until last month.

Students born between 2005 and 2010 who have registered to take the COVID-19 vaccine will start receiving appointments, the Health Ministry said yesterday. Caretaker Health Minister Hamad Hassan announced in a tweet that the Health Ministry will start vaccinating children in this range of birth dates (which would put them between the ages of 10 and 16) with the Pfizer vaccine. People who have taken the first dose of AstraZeneca and are born between 1972 and 1976 (ages 44 to 49) are now eligible to receive Pfizer as their second shot via walk-in, he said, but the Ministry however has not yet listed specific health centers providing the service. The Ministry’s decision to vaccinate students comes in parallel with the anticipated start of the academic year, with some raising concerns that the rising number of COVID-19 cases in Lebanon coupled with the shortages that have already befallen the health sector and the country’s multiple other crises poses a large threat to schools’ prospects for a return to in-person attendance.

Want to get the Morning Brief by email? Click here to sign up.The United Nations allocated $10 million to help ease severe fuel and electricity shortages at health and water facilities in Lebanon. Some $4 million from a UN emergency fund is expected to supply fuel for electricity to Lebanon’s hospitals, water stations and health care centers. An additional $6 million from the Lebanon...