Here’s what happened yesterday and what to expect today, Tuesday, Sept 14. 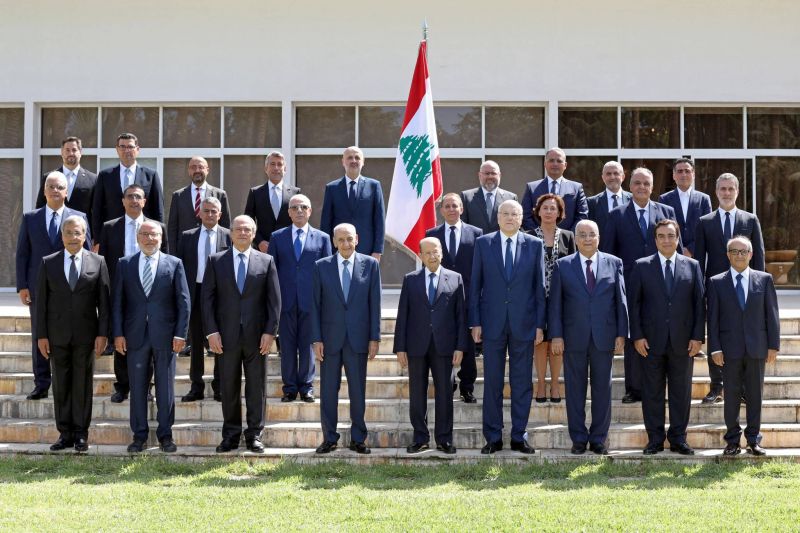 An initial Iranian diesel shipment has arrived at Syria’s Baniyas port and is set to be transported to the Bekaa Valley later this week, Hezbollah’s secretary-general confirmed yesterday. Following logistical and administrative arrangements, the shipment will be brought overland to Baalbeck so that Lebanon will evade sanctions for the procurement, Hassan Nasrallah said. From there the diesel, which was reportedly purchased from the Islamic Republic by Lebanese Shiite businessmen, will be apportioned across the country by the US-sanctioned fuel distribution company Al-Amana. The leader of the pro-Iran Shiite party also reiterated that two more ships will arrive soon, and announced a fourth fuel-laden ship. Nasrallah said part of the diesel shipments will be donated for a month to needy institutions including governmental hospitals, nursing homes, orphanages, special needs centers, regional water establishments, the Civil Defense and the Lebanese Red Cross. The deliveries will help to alleviate the fuel shortages that have paralyzed the country in recent months.

Newly tapped ministers formed a subcommittee yesterday to draft a cabinet statement that will be submitted to Parliament before legislators vote on whether to give Najib Mikati’s government confidence. The subcommittee was established yesterday during the first meeting of the government, formed on Friday. After the meeting, Mikati told reporters that his cabinet will have four priorities. The first will be confronting the COVID-19 pandemic, as case numbers remain high while vaccination rates have not accelerated. Second, the ministers will tackle the repercussions from the 2020 Beirut port blast, which no top-level officials have yet been held responsible for despite demands for accountability at home and abroad. Third, Mikati said the cabinet will enact general reforms, including in the judiciary, which has been paralyzed recently due to lawyers’ strike and a vacuum in judicial posts. Finally, Mikati said the ministers will focus on ensuring smooth parliamentary elections next year.

A dispute between Zeina Akar, the outgoing foreign minister, defense minister and deputy premier, and the Foreign Ministry’s secretary-general caused property damage at the ministry’s Beirut headquarters. Reports yesterday claimed that a security guard for Akar had forced open doors at the ministry after Hani Chmaytelli prevented her from accessing the ministry’s mail, saying she was no longer entitled to review it following the government’s formation. Photos circulated showing a busted-open door and holes in an office wall. Speaking with L’Orient Today, a spokesperson for Akar did not deny the property damage or that the ministry’s mail no longer fell under Akar’s purview. However, the spokesperson claimed that Akar had been trying to hold a goodbye and thank you tour at the ministry when Chmaytelli “blocked” her. This was not the first time Akar courted controversy in her roles in the outgoing cabinet. A recent investigation by L’Orient Today found that bureaucratic missteps largely on Akar’s part were responsible for a monthslong delay in dispersing a $246 million World Bank loan originally meant to quickly get cash into the hands of Lebanon’s most vulnerable residents, though Akar denied this.

Banque du Liban’s reserves are set to receive an injection of $1.135 billion. The Finance Ministry in a statement said that Lebanon was set to receive $1.135 billion on Sept. 16 in International Monetary Fund Special Drawing Rights. IMF member states like Lebanon can exchange SDRs for foreign currency with other IMF countries. The SDR transfer combines $860 million in SDRs allocated to Lebanon earlier this year and $275 million in SDRs allocated to the country more than a decade ago. The dollar counterbalance is expected to be deposited into the central bank on Thursday, and the government will determine how to use or otherwise allocate it. BDL’s dwindling reserves have been the subject of international concern lately, having plunged the country into its worst economic crisis since the 1975–90 Civil War and forced the state to haphazardly start ending the central bank’s financing of subsidies on essential goods such as medicine and fuel.

Vehicle and other equipment operators at the Beirut Container Terminal Consortium have resumed work after striking last week. A BCTC spokesperson told L’Orient Today the employees had picked up their tasks again after the company’s management heard out their demands. The employees had called for a salary raise to offset the devaluation of their wages and the rising prices of basic needs. However, whether the company met any of the strikers’ demands remains unclear. The head of the foodstuff importers syndicate previously warned that strikes at the port could lead to a “major food crisis.” Over the weekend, truckers at the port reportedly announced that they would suspend an open-ended strike planned for this week after the trucks’ owners seemed amenable to adding a $125 cash payment to their salaries.

An initial Iranian diesel shipment has arrived at Syria’s Baniyas port and is set to be transported to the Bekaa Valley later this week, Hezbollah’s secretary-general confirmed yesterday. Following logistical and administrative arrangements, the shipment will be brought overland to Baalbeck so that Lebanon will evade sanctions for the procurement, Hassan Nasrallah said. From there the...