While the lawyers’ work stoppage is close to an end, court officers continue to strike, and both the formation of the Higher Judicial Council and a judicial reshuffle remain stalled 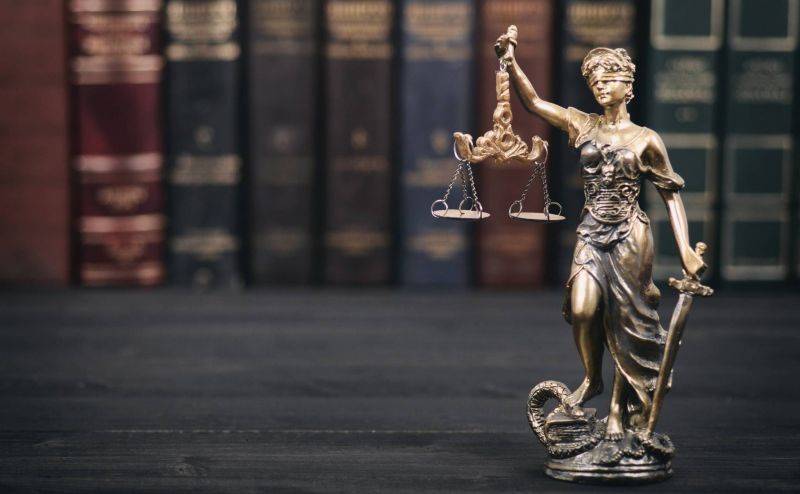 A series of judicial-political issues has brought the Lebanese judicial system to a grinding halt. (Credit: Bigstock)

Justice in Lebanon is not doing well at all. The political authority’s influence in the domain is rampant; its two pillars, i.e., the judiciary and the lawyers, remain in conflict; and the multidimensional crisis paralyzing Lebanon has denied civil servants the financial means needed to lead a life of dignity. In addition to these issues, one must also add the never-ending problem of double standards and the growing vacuum of judicial posts.

A judicial reshuffle is hindered, and lawyers — for now at least — are on strike, as are court officers. All of these factors show that access to the judiciary, the guardian of democracy and litigants’ interests, has of late diminished.

The draft decree to reshuffle the judiciary, which the Higher Judicial Council introduced in March 2020, has been lying in the drawers of the presidency since June of last year due to political and sectarian tugs-of-war.

A protracted stalemate has continued to jeopardize the judicial institution and the rule of law in general. Because the term of office of seven of its 10 members expired in May, the Higher Judicial Council has been practically out of service. This is because to date the successors of the retired presidents and associate judges of the Court of Cassation — who will elect two members of the Higher Judicial Council — have not been appointed.

Five members of the Higher Judicial Council should be proposed by the justice minister and nominated by decree. Now former Justice Minister Marie-Claude Najm had submitted a proposal to fill the vacant seats to now former Prime Minister Hassan Diab, but he had not yet signed it at the time a new cabinet, led by Premier Najib Mikati, was formed on Friday. It is likely Diab stalled on signing the decree on the grounds that making such appointments is outside the jurisdiction of a caretaker government. The upshot of the delay is that it is no longer possible to ensure continuity of judicial public service.

Simultaneously, many lawyers believe that their strike, which the Beirut Bar Association’s council announced on May 28 in protest against what they called the judiciary’s “disdain” for the lawyers, is impairing the right to legal representation and stalling many cases.

“The courts were already overburdened with cases under normal circumstances to the point that several months separate hearings in the same case, and the ruling is rendered several years after the complaint is lodged,” a lawyer told L’Orient-Le Jour, speaking on condition of anonymity.

In the same vein, Jean Tabet, another lawyer, notes that “already slow judicial procedures have become slower due to the strike, particularly since new cases were added to the amassed ones that are pending a ruling.” Tabet also criticizes the “timing” of the decision to go on strike. “It was bad timing, because it came after an 18-month paralysis of courts, due to the Oct. 17, 2019, protest movement and COVID-19 restrictions,” he adds.

“The Courts of Justice reopened in March, but the lawyers have been kept out of action because of the strike that has been ongoing since May, while more than 100,000 new lawsuits have arisen out of disputes caused by the financial and economic crisis,” Tabet notes.

He states unequivocally that the Beirut Bar Association’s council did not take into account citizens’ needs when initiating strike action. “The litigants are paying the price for the work disruption more than the lawyers,” he says.

However, there is confidence in quarters close to Beirut Bar Association head Melhem Khalaf that the strike in protest against the judiciary has paid off. According to sources close to Khalaf, an end to the strike will be announced this week at the latest.

Direct talks between the Beirut Bar Association and the three Higher Judicial Council members — Higher Judicial Council head Souheil Abboud, Court of Cassation Public Prosecutor Ghassan Oueidat and Judicial Inspection Authority head Judge Barkan Saad — have been underway away from the media for more than a month and are coming to fruition, a source close to the association’s council says.

The same source adds that “efforts” by Najm have contributed to a “convergence” in order to “fine tune” relations between the two sides.

“An agreement between the Bar Association’s council and the Higher Judicial Council was reached so as to meet the lawyers’ demands and please the judiciary at the same time,” another lawyer reveals, pointing to “an appeasement of the situation.”

“The strike was designed to safeguard justice and its prestige, not to burn bridges,” he adds, and criticized those who “have staged a war against the council,” particularly the Free Patriotic Movement. Gebran Bassil’s FPM, which has two seats in the Beirut Bar Association’s council, had lambasted the association on Sept. 6, accusing it in a statement of “destroying the state institutions and syndicates and [of] implementing agendas.”

The noose is tightening

While the lawyers’ strike is seemingly coming to an end, that of the court officers, which commenced several months ago, goes on.

“The multiple crises that denied us our most basic needs were behind our decision to continue to strike in September,” a press release issued by the court officers on Monday states. However, they noted that some civil servants will continue to work on “cases related to legal deadlines, cases of arrests and other urgent cases.”

Speaking with L’Orient-Le Jour on condition of anonymity and in his capacity as a civil servant, a court officer says that a clerk of the court with more than 30 years’ experience is paid LL2.5 million per month — which currently has a market value of about $150 — while the salaries of many others do not exceed LL1.2 million.

The majority of them have no other source of income, he says, adding, “The noose is increasingly tight.”

There are colleagues who had to go through physiotherapy treatment after catching COVID-19 when they came in contact with litigants. Yet, the Civil Servants Cooperative did not cover the cost of their treatment, the court officer says, asking how he was going to continue to afford medications for his hypertension and diabetes.

“Although our strike contributes to a poor functioning of the justice system, we have no other means to speak out and make our voices heard,” he says, and expressed fear that “their cry falls on deaf ears.”

Justice in Lebanon is not doing well at all. The political authority’s influence in the domain is rampant; its two pillars, i.e., the judiciary and the lawyers, remain in conflict; and the multidimensional crisis paralyzing Lebanon has denied civil servants the financial means needed to lead a life of dignity. In addition to these issues, one must also add the never-ending problem of double...