By land or sea, Iran seeks to open routes to Lebanon

The imminent arrival of an Iranian fuel shipment — the first of three announced so far — is part of Tehran’s ongoing efforts to secure an access route to the Mediterranean Sea. 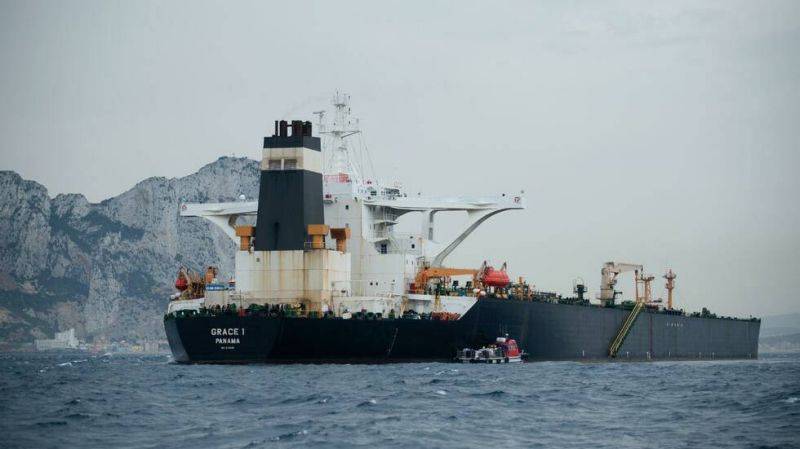 Iran seeks to impose itself as a new actor in the Mediterranean region — a role it has not assumed since the reign of Cyrus the Great in the sixth century BCE. If Iran is to garner more territory, stretching through not only Lebanon and Syria but also Iraq, it is essential for the Islamic Republic and its proxies to secure access to the Lebanese or Syrian coastline.

The Iranian fuel shipments to tackle Lebanon’s severe fuel shortages must be understood within this framework.

However, their arrival is far from being a foregone conclusion, and even appears to be a risky venture, given that various regional actors remain hostile to the Islamic Republic.

Lebanon could be sanctioned by the United States for trading directly with Tehran. Besides the US and Western states more generally, the Israelis are also likely to take a very dim view of the presence of an enemy ship near their territorial waters.

To avoid this issue, the three Iranian vessels could dock at Syria’s Banyas port. Iran’s intervention in support of Bashar al-Assad’s government in Syria’s civil war was notably calculated to allow Tehran such access.

The fact that Russia, which for centuries sought to gain access to the Mediterranean, joined the war has complicated Iran’s plans. But even though Tehran has been pushed away from the Syrian Latakia port, Russia has agreed to allow it to maintain influence at the Banyas Port, through which its fuel deliveries to its Syrian ally arrive.

Should Iranian vessels carrying fuel destined for Lebanon dock at Banyas, the fuel would have to be transported in tankers overland to Syria’s southern neighbor.

The opening of a route connecting Tehran to the Mediterranean via Iraq, Syria and Lebanon has been at the heart of the Iranian political project in recent years. Iranian officials have repeatedly spoken of this route’s strategic importance — indeed, Tehran has allocated billions of dollars to the project.

The project’s contours began taking shape in 2014, when Iran and its allies held Homs. Iran managed to impose control through a systematic approach of displacing the population.

Iranian influence in Homs represented a major change in its geographic control, as the town is a connecting point for Syrian provinces to one another as well as to the capital of Damascus, and a gateway to the Syrian desert to the east all the way to Iraq, and to Lebanon to the west.

By virtue of Iran’s newfound influence, Hezbollah also took control of both sides of the Lebanon-Syria border, especially in the northern Bekaa and Hermel.

“We are in control of several key corridors between Syria and Lebanon,” says a Hezbollah official, speaking on condition of anonymity.

Hezbollah is using these corridors to transport fighters, military equipment, goods and medicines. Consequently, tension has mounted between Maronite Christians and Shiites in the outskirts of the Jbeil District, especially in the strategic areas of Lassa and Aqoura.

Anti-Hezbollah Christian sources believe that Hezbollah is trying to control this remote area. For them, Hezbollah wants to secure a route from Qusair and Homs to the Bekaa Valley, then to the outskirts of Jbeil and the coastal road linking Beirut to the north, which would give the party access to the Mediterranean.

The US presence in eastern Syria, including its multiple military bases, such as the al-Tanf base, has impeded the Iranian project, as have US and Israeli raids that have struck many Iranian positions on both sides of the Iraq–Syria border. “The Iranian fuel delivery comes in response to the US plan to surround Iran,” the Hezbollah executive says.

“Our desire is to build an economic and trade system connecting Lebanon, Syria, Iraq and Iran,” the official adds.

Iran would also like to repair the oil pipelines that extend into Lebanon via Syria, one of which originates in Iraq and the other in Saudi Arabia. The lines were damaged during the 1975–90 Civil War and had not been repaired since.

This Iranian interest stems from the possibility that Lebanon may become an oil-producing country, depending on what it discovers in its territorial waters.

In relation to the negotiations to resolve the maritime border demarcation dispute between Lebanon and Israel, Hezbollah’s opponents accuse Iran of using talks as a pressure card in the negotiations with the US over a nuclear deal.

The Russians’ offer to rehabilitate oil refineries in Tripoli and serve as mediator in the Lebanon-Syria negotiations to demarcate their maritime border points at Russia’s efforts to join the game.

Iran seeks to impose itself as a new actor in the Mediterranean region — a role it has not assumed since the reign of Cyrus the Great in the sixth century BCE. If Iran is to garner more territory, stretching through not only Lebanon and Syria but also Iraq, it is essential for the Islamic Republic and its proxies to secure access to the Lebanese or Syrian coastline.The Iranian fuel shipments...