New cabinet, gasoline depletion warning, Nasrallah to speak: Everything you need to know this Monday

Here’s what happened over the weekend and what to expect today, Monday, Sept. 13, and this week. 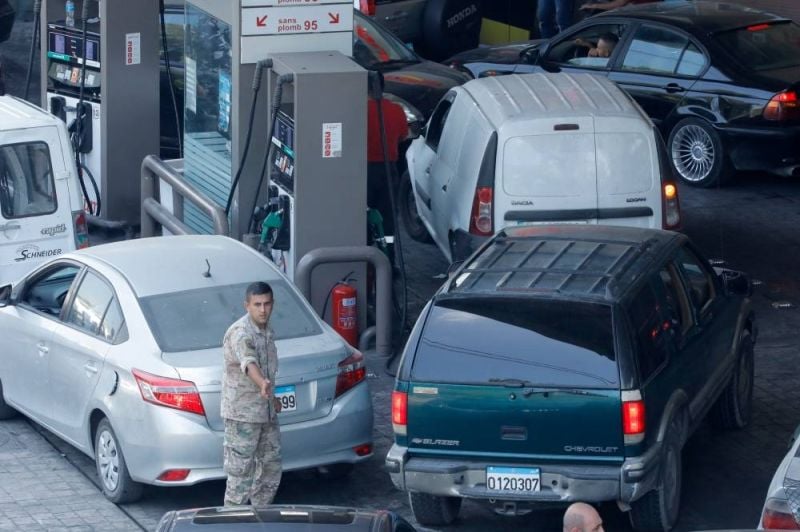 The new government formed by Najib Mikati on Friday is preparing to take on the task of rescuing Lebanon from its worst economic collapse since its 1975-90 Civil War, but its ability to do so remains far from certain. Analysts over the weekend questioned whether the 24-member cabinet, which includes just one woman, could achieve the political cohesion necessary to enact the large-scale reforms Lebanon needs. Meanwhile, controversy brewed surrounding several of the incoming ministers’ past actions and comments, with questions arising over the circumstances of new Energy Minister Walid Fayad’s termination as an executive at the international consulting firm Booz Allen Hamilton following accusations of financial misconduct and a social media furore erupting over a year-old recording of incoming Social Affairs Minister Hector Hajjar claiming that diapers and tissues are not essential goods. However, before the new cabinet can properly get to work, it must finalize its ministerial statement and receive Parliament’s vote of confidence. The Free Patriotic Movement, founded by President Michel Aoun, on Saturday highlighted that the latter should not be assumed a foregone conclusion, describing its parliamentary support for the cabinet as “still up for discussion.”

Having made gains against the US dollar on the parallel exchange market as cabinet formation was announced Friday, the Lebanese lira again lost value over the weekend. By Sunday afternoon, the lira was trading at LL16,200 to the dollar after having traded below LL16,000 on Friday afternoon, several exchangers told L’Orient Today, with one positing that the government formation’s positive impact on the exchange rate will likely be short lived as the imminent ending of fuel subsidies will cause the national currency to again depreciate further. The lira hit a record low of LL24,000 to the dollar following Saad Hariri’s resignation as premier-designate in mid-July.

Fuel shortages will worsen this week, a spokesperson for gas station owners’ syndicate said Saturday. Georges Brax said depletion of the country’s gasoline stocks is imminent, blaming the situation on Banque du Liban’s continued failure to open lines of credit to pay for fuel aboard ships anchored off Lebanon’s coast and waiting to unload. Brax on Friday had claimed that there were just 55 million liters of gasoline left for consumption in the country — enough at best, he said, to last until midweek. Last month, Lebanese officials announced the partial removal of fuel subsidies, pricing the commodity at a rate of LL8,000 to the US dollar until the end of September, rather than the LL3,900 to the dollar it had been priced at since the end of June. However, last week, Brax said the subsidies would be removed within days, claiming that negotiations between the central bank and the Energy Ministry are exploring options for their end.

Truck drivers at the Beirut port have suspended an open-ended strike set to commence today after receiving assurances they would receive a wage increase of $125 paid in cash. The drivers began their strike movement at the beginning of the month, demanding the $125 pay increase, a transportation allowance, school grants for their children and annual leave. The head of the National Federation of Trade Unions Castro Abdallah said at a press conference on Saturday that he had agreed to the demands of the Lebanese Army, General Security and the Labor Ministry to suspend the strike, but warned that if the truck owners’ promises to the drivers were not fulfilled by next week the strike would resume.

Hassan Nasrallah is scheduled to give a televised speech today at 8:30 p.m. The speech comes days after the formation of a new cabinet and follows an unconfirmed report Sunday that a shipment of Iranian fuel bound for Lebanon has arrived in Syria and is making its way overland to its destination. Nasrallah announced in mid-August that a shipment of diesel would set sail from Iran to Lebanon and that other fuel shipments would follow. Days later Nasrallah announced a second and third fuel shipment and assured that even more would come to help alleviate fuel shortages, and the subsequent electricity shortages, that are presently threatening to bring everything from health care to bakeries to a standstill. To date, none of the shipments has arrived. Almost immediately following Nasrallah’s initial announcement, the US said that it would help Lebanon by importing Egyptian gas via Syria through the Arab Gas Pipeline. Last week, a Lebanese delegation traveled to Syria in a rare visit to discuss the matter, and the outgoing energy minister later in the week visited Jordan in a bid to push for the US plan; however, the timeframe for importing energy via this route remains unclear.

Investigating Judge Tarek Bitar is expected to interrogate several officials this week over the Aug. 4, 2020 Beirut port explosion. Former commander of the army Jean Kahwaji is scheduled to appear before Bitar today for questioning. Kahwaji was army commander in 2013 at the time when the ammonium nitrate — which detonated in the blast having been carelessly stored by authorities in a warehouse — first entered the port. Bitar charged him on July 2 along with a raft of other former and current officials. Brigadier general in Military Intelligence Ghassan Gharzeddine was also charged and is expected to appear before Bitar for questioning on Sept. 15. Meanwhile, former Public Works Minister Youssef Fenianos has been summoned for interrogation on Sept. 16, after his hearing session was postponed last week when his lawyers presented two formal appeals. Other officials summoned by Bitar — including former Prime Minister Hassan Diab and MPs Ghazi Zeaiter, Ali Hassan Khalil and Nohad Machnouk — have also repeatedly refused to appear in court. More than 13 months after the explosion, no officials have been held accountable despite evidence that several were aware of the presence of the ammonium nitrate at the port and its risks.

Want to get the Morning Brief by email? Click here to sign up.The new government formed by Najib Mikati on Friday is preparing to take on the task of rescuing Lebanon from its worst economic collapse since its 1975-90 Civil War, but its ability to do so remains far from certain. Analysts over the weekend questioned whether the 24-member cabinet, which includes just one woman, could achieve the...