Parliament Speaker Nabih Berri announced a new session for Dec. 15, the last for the year 2022. 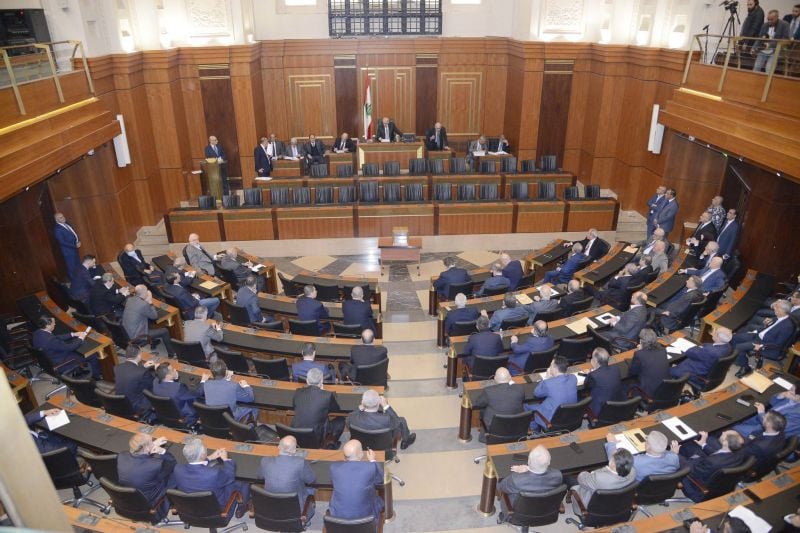 The ninth parliamentary session devoted to electing Lebanon's next president was adjourned Thursday, less than an hour after it began, without reaching a result.

As in previous weeks, Parliament Speaker Nabih Berri barely waited for the end of vote counting in the first round before adjourning the session and announcing — after several members had already left the chamber — a new meeting on December 15th, at 11.am. This will be the last session for the year 2022, Berri said.

Before the lack of a quorum, House Speaker announced to the parliamentary groups that he would ask for their opinion on holding a dialogue on the presidential election. Berri had previously given up on holding such a dialogue in the face of several groups' refusal.

This ritual of a first round followed by the direct adjournment of the session, the quorum having been lost after the departure of Hezbollah, the Amal Movement and Free Patriotic Movement MPs, has been repeated at electoral sessions since the first such parliamentary meeting on Sept. 29, despite the ongoing dual executive power vacuum in the country.

How is a president elected in Lebanon?

In the first round, a total of 105 MPs voted. Thirty-nine voted for Zgharta MP Michel Moawad (he received 37 votes during the previous session) and 39 cast blank ballots (52 during the last session). Among the other candidates who received votes, professor and academic Issam Khalifeh got five votes (four votes during the last session) and former minister Ziyad Baroud one (two votes during the last session). Meanwhile, nine MPs voted for "The New Lebanon,", one "For Lebanon", one for official presidential candidate Fawzi Bou Malhab, one for ex-MP and official candidate Salah Honein, and three for ex-customs chief Badri Daher (who is in detention in relation to the probe into the Beirut port explosion). One ballot contained the inscription "Moawad Badri Daher", and another "the agreement". Four ballots were canceled, one of which contained the name of ex-South African leader Nelson Mandela.

Sleiman Frangieh's name, which had been slipped into the ballot box three weeks ago, did not emerge this Thursday.

Zgharta MP and presidential candidate Michel Moawad remarked that "the attitude of some who [cause Parliament to] lose quorum as well as those who vote lightly ... annoy the Lebanese and disgust the MPs." He said that these actions are aimed at "imposing a candidate on us."

Amal MP Ali Hassan Khalil said after the session that "there cannont be a way out of the crisis without communication and dialogue," adding that "each party must review its position so that this dialogue is launched."

Former president Michel Aoun's term officially ended on Oct. 31. The presidential election has remained unsuccessful since Sept. 1, the official date for the start of the race, due to the lack of consensus between the different political blocs on a single candidate. Such a consensus is traditionally considered a prerequisite for the election of a new head of state in Lebanon and is currently regularly demanded by Hezbollah and its allies who, in the previous sessions, voted blank.

The Lebanese Forces and the Progressive Socialist Party, as well as the Kataeb party and independent MPs, voted for Zgharta MP Michel Moawad. However, these parties are struggling to gather more votes around Moawad, whose candidacy is rejected by Hezbollah and the FPM.

Hezbollah has made it clear that its preferred candidate is Sleiman Frangieh, leader of the Marada Movement, a rival of the FPM, whose MPs are not ready to give him their votes.

On Tuesday, Gebran Bassil, leader of the FPM, threatened that his party could deviate from its ally Hezbollah's blank vote strategy. Bassil's remarks came following a cabinet meeting on Monday that was held with Hezbollah's approval, while FPM boycotted it.

In the first round, the president must be elected with 86 votes (two-thirds), while an absolute majority of 65 votes is required in subsequent rounds. However, in previous sessions, Parliament did not reach a second round of voting, as members of the Hezbollah camp and its allies withdrew after the first round was counted, leading to the loss of the quorum each time.

At each new session, Berri considers that it is again a first round vote and that the number of votes required to secure election is 86. However, some MPs challenge this procedure as unconstitutional.

The ninth parliamentary session devoted to electing Lebanon's next president was adjourned Thursday, less than an hour after it began, without reaching a result.As in previous weeks, Parliament Speaker Nabih Berri barely waited for the end of vote counting in the first round before adjourning the session and announcing — after several members had already left the chamber — a new meeting on...