A 2021 public procurement law meant to address cronyism in contracting is far from over, according to a new report. 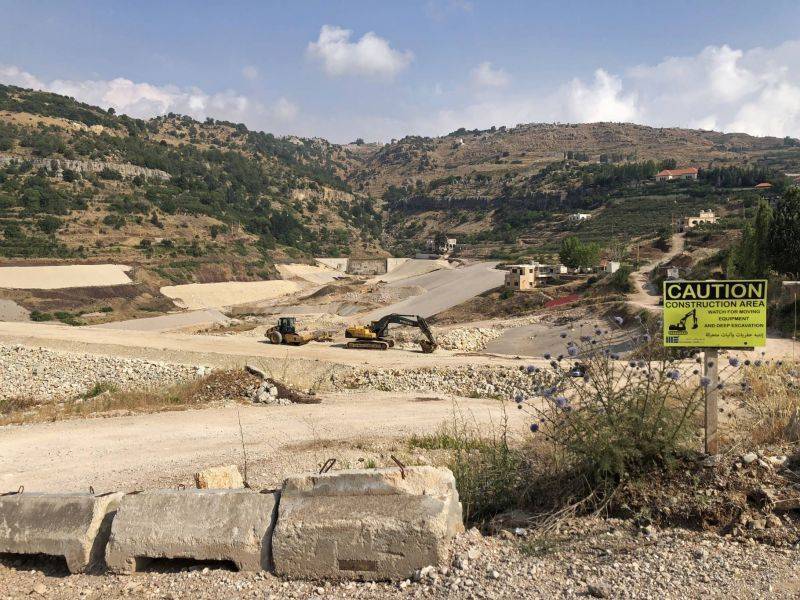 A construction site in the locality of Chatine, in the region of Tannourine. (Credit: Philippe Hage Boutros/L'Orient-Le Jour))

BEIRUT — Lebanon’s 2021 public procurement law, described by advocates inside and outside the government as the only major crisis-era reform on track to be enforced, is “at risk” of being “interrupted or, at worst, reversed” the law’s designated coordinator, said in a progress report over the weekend.

Public procurement is the state’s process for buying goods and services — such as bridges and waste removal — and accounts for roughly 20 percent of central government spending. Given evidence that state contracts are overcharged and underdelivered by politically-connected firms, systemic reform has long been a priority among good governance advocates.

The report was released by the Institut des Finances (IOF), a public sector autonomous capacity-building unit at the Ministry of Finance that has worked on the procurement issue for several years, on behalf of the committee charged with following up on the 2021 law.

The law standardizes procurement processes across the entire public sector and eliminates several avenues for favoritism or cronyism in contracting.

Among the challenges to implementing the law is a lack of funding. Out of a $5.58 million implementation cost, spread out over three years, just $617,000 has been provided by international donors — apart from the salaries of some civil servants involved in the project and some related operating costs from the state — leaving a funding gap of nearly $5 million.

In particular, the electronic procurement system — which Ali Taha, a researcher at the Lebanese Center for Policy Studies, previously called “the only way we can actually guarantee transparency and standardization” — has received just $8,480 out of the $1.8 million earmarked for its creation and rollout.

The lack of funding has impeded progress on a number of fronts, including reaching the goal of training 5,000 civil servants on the provisions of the law and how to carry out procurement under the new system.

To date, just 1,148 civil servants have received introductory training, according to the IOF report. No “technical” training has been designed or delivered.

At least some local authorities in every governorate have received training, except for the Beirut municipality, which has not participated in the trainings to date, according to the Institut.

When asked about the apparent lack of participation, Beirut Governor Marwan Abboud told L’Orient Today that the municipality agreed to “organize a special course for municipality employees” but did not specify when the course would occur.

The report described “significant” government resistance to change that creates “an unfavorable environment” for reform.

Two parliamentary blocs submitted draft laws to amend provisions of the public procurement law within weeks of it coming into effect at the end of July, a year after the law was passed by Parliament in 2021. These draft laws raised fears that lawmakers could carve out certain institutions from the reform’s provisions.

The IOF voiced its concern about those amendments, and neither of the proposed draft laws were passed. Some minor alterations found their way into the 2022 budget, passed in September, but the changes “do not compromise the law,” IOF president Lamia Moubayed told L’Orient Today.

The sticking points that don’t seem to stem from financial constraints are more puzzling. The report said caretaker Prime Minister Najib Mikati has not yet issued a call for candidates to be recruited to the Public Procurement Authority (PPA) or the Complaints Authority (CA), the two regulatory bodies created by the law to adjudicate issues of unfairness or cronyism.

A spokesperson for Mikati did not immediately respond to a request for comment as to why there has been no call for candidates to apply for these positions.

Moving forward, the IOF called for support from “international partners” to “revive” a dialogue with top decisionmakers.

The stakes are high: if progress stalls, Lebanon could continue to pour money down the same black holes that those in favor of public procurement reform have fought hard to close.

BEIRUT — Lebanon’s 2021 public procurement law, described by advocates inside and outside the government as the only major crisis-era reform on track to be enforced, is “at risk” of being “interrupted or, at worst, reversed” the law’s designated coordinator, said in a progress report over the weekend.Public procurement is the state’s process for buying goods and services — such...