Here’s what happened yesterday and what to expect today, Tuesday, Jan. 10 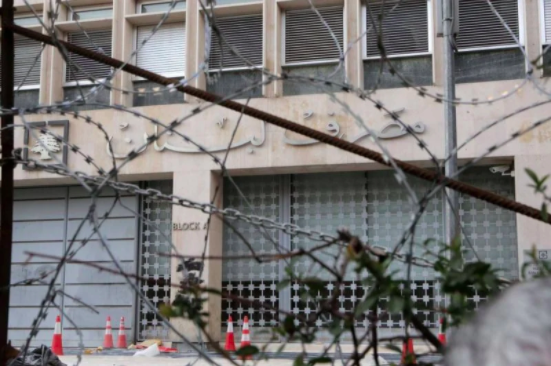 If the draft law lifting banking secrecy approved by Parliament's Finance and Budget Committee yesterday is passed, a forensic audit of BDL could finally be completed. (Credit: Marwan Assaf)

Parliament’s Finance and Budget Committee approved a draft law yesterday to lift banking secrecy from the central bank's accounts, bringing the removal of one possible obstacle from an ongoing forensic audit of Banque du Liban a step closer. The draft law will now go to Parliament for approval. Representatives of the Justice Ministry advocated during the committee’s session for penalties to be imposed on anybody who obstructs the forensic audit process. The idea was approved by a vast majority of the MPs present and will be debated in a later session. Alvarez & Marsal, the firm contracted to conduct the audit, has not yet verified whether the central bank has submitted all of the data essential for the company to finish the audit. On Jan. 4, the Union of Central Bank Employees declared their reluctance to provide the identities and salaries of present and past BDL employees, as well as “information concerning the transactions on their bank accounts” to those in charge of the forensic audit. If Lebanon wishes to secure financial aid through the International Monetary Fund, it is essential that it conclude a forensic audit of the central bank, as well as audits of other government agencies.

Only 10 percent of public schools and 70 percent of private schools across Lebanon opened their doors yesterday, according to an Education Ministry spokesperson. Following a statement last week by the education and health ministries that there would be no COVID-19-related school closures, but that tight measures to prevent the virus' spread would be put in place, all schools were expected to resume in-person sessions yesterday. Media outlets reported that some schools in Bsharri and Zahle, as well as others in various areas of the Bekaa, postponed the return to in-person classes for another week, while the General Secretariat of Catholic Schools in Lebanon left the reopening date to each school’s discretion. The Education Ministry made a push over the weekend to have more kids and teachers vaccinated by organizing a vaccination marathon. The government’s health committee, chaired by Health Minister Firass Abiad, voted in early December to extend the winter holiday for students from Dec. 16 to Jan. 10 in order to provide schools more time to vaccinate pupils against the coronavirus. The vacation was originally scheduled for Dec. 22 to Jan. 7. The Education Minister has repeatedly expressed his eagerness to avoid another year of disrupted schooling following the weekslong school closures during nationwide popular protests in late 2019 and the extended COVID-19 lockdowns in 2020 and 2021.

The Amal Movement announced in a statement yesterday that it is willing to participate in the national dialogue called for by President Michel Aoun, “despite its agenda.” On Dec. 27 Aoun called for an “urgent national dialogue” to address three issues: expanding administrative and financial decentralization, a defense strategy to protect Lebanon, and a financial and economic recovery plan that encompasses necessary reforms and the equitable distribution of financial sector losses. In its statement, Amal said that despite the dialogue’s agenda, “our opinion of it, its timing, and the priorities it presents in these times, Amal will accept the invitation for the purpose of contributing to finding solutions for the crisis the country is suffering from.” Last week, the Future Movement head and former Prime Minister Saad Hariri said that he will not participate in the national dialogue, claiming such a conference “should take place after the parliamentary elections,” currently scheduled for May 15.

So far, more than 400,000 households have signed up for two long-awaited social assistance programs, the Social Affairs Ministry announced. According to a statement made Monday by the office of Social Affairs Minister Hector Hajjar, the number of Lebanese families registered for the programs has surpassed 410,000, or 1.6 million persons, from various areas of Lebanon. These statistics were retrieved from the IMPACT platform, which shows that Akkar has the most registered families, followed by Baabda, Tripoli, Baalbek, Beirut and Zahle. The data also indicates that 59 percent of registered individuals are unemployed. This comes as the value of the Lebanese lira continues to plunge, falling below LL32,000 to the US dollar on the parallel market this morning. Registration for the cash social assistance programs remains open until Jan. 31, 2022.

Retired members of the Internal Security Forces rallied around Lebanon yesterday to protest hospitals’ claims of their unwillingness to admit them and their families for treatment. “Some of us require treatments for which we have to pay between LL3 million and LL4 million, while we earn LL2 million,” an officer said during a sit-in. The sit-ins, which took place in front of multiple ISF care facilities in the Bekaa and Baalbeck, came after a statement by the private hospital owners’ syndicate on Sunday, warning against recent frequent refusals by hospitals to accept ISF members owing to outstanding debts from the state as well as the failure of government aid for these health facilities to materialize.

In case you missed it, yesterday’s must-read from L'Orient Today: “Reading in times of crisis: Lebanon’s bookstores and bibliophiles battle through the storm”

Want to get the Morning Brief by email? Click here to sign up.Parliament’s Finance and Budget Committee approved a draft law yesterday to lift banking secrecy from the central bank's accounts, bringing the removal of one possible obstacle from an ongoing forensic audit of Banque du Liban a step closer. The draft law will now go to Parliament for approval. Representatives of the Justice...