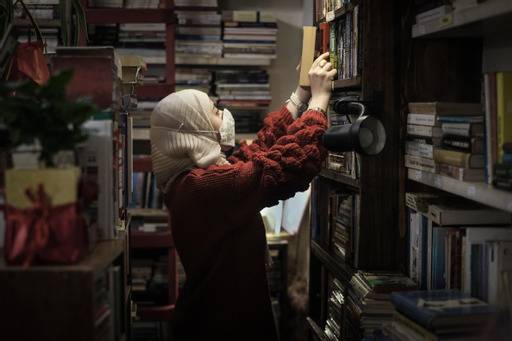 BEIRUT — Inside Halabi Bookshop, tucked away in the midst of the hustle and bustle of the crowded Qasqas area of Beirut and steps away from the Shatila Palestinian camp, readers find a peaceful refuge, the walls of the small storefront lined with everything from bestsellers to rare books, collector’s copies and first-editions, old stamps, maps, posters and bookmarks.

Nestled in the bookstore, systematically working her way through the shelves of literature, mystery, science fiction and fantasy, poetry and literary criticism on a recent afternoon was Karine Atoui, a teacher and book enthusiast.

“Since I don’t have much money, I always have to be intentional in my selections. I always go there to pull a book from the shelf and study its cover, smell its pages, wander into the weather of its lines and imagine the storms to come,” Atoui told L’Orient Today.

With many people financially struggling in Lebanon, books have become an out-of-reach luxury, as discretionary spending falls, turning a practically irrevocable hole in the balance sheet of most bookshops.

The book sector in Lebanon has thus suffered a serious blow from the economic crisis, of which the precise dimensions are not yet clear.

“Prior to the economic crisis and the pandemic, we carefully, yet optimistically watched sales, prepared to sell new books and organized children reading session and book launches.” Lana Halabi, who inherited the legacy of the 60 years old bookstore from her father, told L’Orient Today. 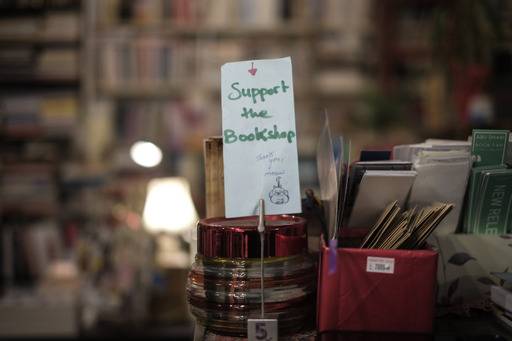 Other book-centric locations that serve as community hubs are in a similar bind but have also, largely, found ways to keep going.

“In today's digital world, where online book giants are squeezing out small brick-and-mortars, bookshops are obliged to think of new strategies to attract and maintain customers,” Jad Ghazaly, a founding member of Barzakh, a non-for-profit cultural space that opened in the central Hamra district last year, told L’Orient Today.

While coffee paired with books is far from a new concept, Barzakh approached the combination with a modern spin. The space offers daily programming of film screenings, poetry readings, talks, and music salons. Along with new books, Barzakh’s library encompasses a wide range of used books and some archival materials, some of which are not for sale.

Barzakh, which houses a library of over 50,000 books, magazines, publications, and cassettes, has become a spot of calm for many in the midst of Lebanon’s many storms. 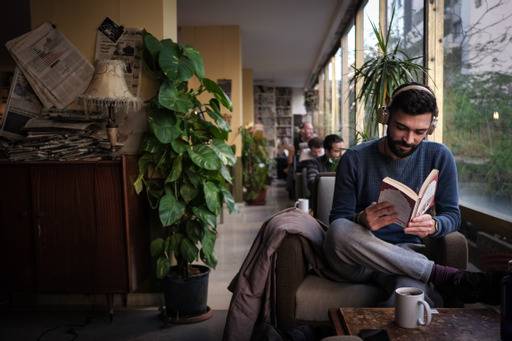 “I always find myself here at Barzakh, needing a temporary escape from, well, just about everything,” Karim Najem, a customer sipping coffee and reading “The 40 Rules of Love,” told L’Orient Today.

Ghazaly explained that the crisis halted and forced the shop to “pivot in very strategic, intentional ways to meet the needs and demands of the community.”

Because of those community ties and investments, he said, “We are confident that Barzakh will pull through these difficult economic times.”

But not all of Beirut’s bookshops have pulled through. The current financial and economic crisis has also taken a toll on many local businesses, forcing them to shut down and let go of their employees.

In May 2020, Dar Bistro & Books, a restaurant and bookshop in Hamra that also used to host cultural events, announced that they would be closing down.

In a Facebook post, the shop said, “It is with a heavy heart that we are sharing the news that Dar is closing its doors. This has been an extraordinarily difficult decision made after much deliberation, calculation, and soul searching. We really did our best, but during these tough times, in the era of economic uncertainties and social distancing, we had to consider how to reconcile that with a space created to bring people together.”

Speaking to L’Orient Today, Rima Abushakra, co-founder of Dar Bistro said, “We decided to close down in order to avoid underpaying our staff, putting them in danger while facing the outbreak and in order to avoid disappointing our beloved clients” by compromising on quality.

On top of that, she noted, Dar’s inventory of books were bought in dollars, and with the bleak and uncertain economic future “the best decision was to give the space up.”

But some book sellers have found unexpected bright spots among the gloom. 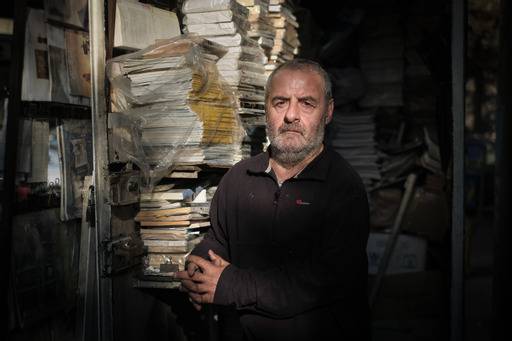 In light of the informal capital controls imposed by banks, and the fact that not everyone has access to online payment methods, many readers are no longer able to pay for e-magazines that require foreign currency credit card payments.

As a result, Mahmoud Abou El Hassan, who owns a newspaper vendor booth in Hamra told L’Orient Today that during the last two years he has been selling international magazines more than ever before.

“Although magazines such as The Economist and Foreign Affairs used to cost LL10,000 to LL20,000 before the crisis, and now they’re priced at more than LL120,000, people can no longer read them online so they have been buying it in hard copies, especially businessmen who want to read about the global economic situation.”

Hassan explained that newspaper purchases have also increased as people “seem to have a thirst for information during the crisis and for news media’s reporting of economic, health or political briefings.” He speculated that as the economic crisis intensified, some readers were turning to such news outlets for advice on how to manage their own finances.

Yet, at the same time, he has witnessed a decrease in readers coming to buy books.

“It’s probably because of the new very high prices, so I am barely getting any books to sell,” he said. “It would be a total loss for me to pay for something that probably won’t be sold anytime soon.”

Halabi has also noticed a change in buying habits among readers. Amid the multidimensional crisis in Lebanon, many people “are looking for reassurance and peace of mind and thus self-help books are always in constant demand nowadays,” she said. For now, the bookshop is there to fulfil that demand, but the future is far from certain.

“More than anything, we must look to our bookshops as the jewel in our crown and do all we can, structurally, emotionally, and commercially, to ensure their survival and their recovery,” Halabi told L’Orient Today.

BEIRUT — Inside Halabi Bookshop, tucked away in the midst of the hustle and bustle of the crowded Qasqas area of Beirut and steps away from the Shatila Palestinian camp, readers find a peaceful refuge, the walls of the small storefront lined with everything from bestsellers to rare books, collector’s copies and first-editions, old stamps, maps, posters and bookmarks. Nestled in the...