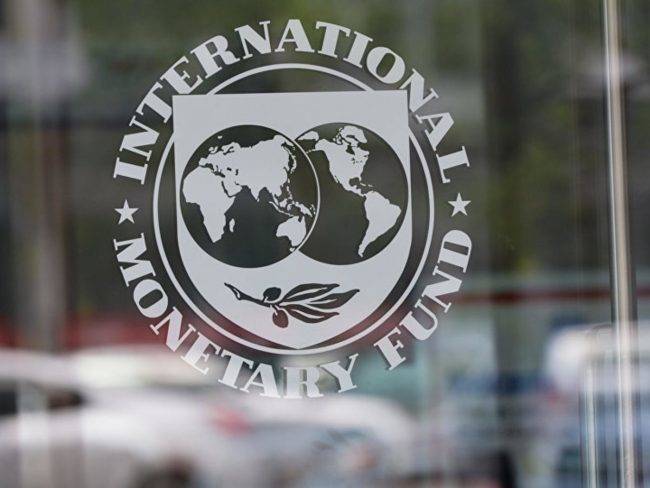 Lebanon has received an allocation worth $860 million of the IMF's SDRs. (Credit: AFP)

BEIRUT — Lebanon has received an allocation of Special Drawing Rights worth $860 million from the International Monetary Fund, upon which many are pinning their hopes to strengthen the country’s depleted foreign currency reserves and help dig it out of its worsening economic crisis.

SDRs are not currency, cash or a loan. They are an international reserve asset created and maintained by the IMF to supplement central bank reserves in its member states. Members of the IMF can buy and sell SDRs through voluntary trading arrangements at a low interest rate of 0.05 percent. Recipient countries like Lebanon can exchange their allocation of SDRs for foreign currency to help pay for financial needs and debt.

“Lebanon has received 607.2 million SDRs from the SDR allocation that came into effect on Aug. 23,” an IMF spokesperson confirmed to L’Orient Today. One SDR is currently worth approximately $1.42, which amounts to nearly $1 billion that Lebanon could potentially unlock through its SDR allocation.

“The SDR allocation is unconditional, however … it is important that the SDR allocation helps replenish depleted central bank reserves and that any use is done in a transparent and responsible manner that supports needed … reforms and is used to help with the many urgent needs of the Lebanese people,” the spokesperson said.

However, economists are skeptical about whether the SDR allocation will be used properly by Lebanon, which has been without an empowered government for over a year and whose history of corruption and squandering of public funds by the ruling class has led the country to its worst economic crisis since the 1975-90 Civil War.

In theory, SDRs may be promising but in Lebanon’s case they may also present more challenges, economists warn, questioning whether Lebanon will be able to make use of SDRs at all.

How can Lebanon use its SDRs?

On Monday, the IMF announced that “the largest allocation of SDRs in history — about US$650 billion” had come into effect.

The allocation of a member country’s SDRs is based on its quota shares in the IMF. Members of the IMF can buy and sell SDRs through voluntary trading arrangements at a low interest of 0.05 percent. The agreement is not conditioned on economic reforms or any other specific actions on the part of the recipient country.

If Lebanon wants to use SDRs, it must find another country that is a member of the IMF that will agree to purchase the reserve assets and that is willing to exchange its SDRs for foreign currencies.

How realistic is it that SDRs will solve Lebanon’s problems?

“To use SDRs, you have to find someone else willing to give you cash … The question is whether there is a member willing to buy Lebanon’s SDRs,” said Nasser Saidi, a former economy and industry minister and former vice-governor of Lebanon’s central bank for two successive mandates.

“To be realistic, I doubt any major industrial countries would be willing,” Saidi said.

Saidi and others warned that even if Lebanon managed to find another member country to enter a voluntary trading arrangement, the foreign currency obtained via the SDRs might be squandered.

On Aug.4, IMF managing director Kristalina Georgieva, speaking at an international donor conference convened by France and the United Nations for Lebanon, said, “It is imperative that SDRs are used responsibly and wisely. It is important everywhere, but so critical for Lebanon, a country in such dire straits. This is a precious resource.”

Saidi questioned whether Lebanon would use the SDRs effectively at all.

“The very important question to ask is, how should this money be used? We should use this as part of an overall reform package for Lebanon. We should not waste it,” Saidi stressed.

“We should say we now have increased our reserve assets, this now improves our general position, so let’s initiate negotiations with the IMF and negotiate a full package. Not another piecemeal measure.”

Lebanon is grappling with a crippling fuel shortage that has caused nearly 24-hour state electricity cuts and hourslong queues of vehicles at gas stations. Diesel shortages mean that generators, used to compensate for state electricity outages, are also unable to operate, affecting households, businesses and industries across the country. The national currency has depreciated by over 90 percent in the last two years and the central bank’s foreign currency reserves have plunged to their critical threshold.

“There have been suggestions to use [the SDR proceeds] for electricity or to buy fuel. These would be mistakes. The idea that you would want to use reserves for buying fuel is a very big policy mistake,” Saidi said. “The trouble is right now that politicians are only focused on elections next year so they’re trying to get any type of funding from anywhere for electoral purposes,” he added, also questioning the effectiveness of the current caretaker government.

Finance Minister Ghazi Wazni suggested in June that SDRs could be used to fund a controversial ration card program for Lebanon’s poorest families who are suffering financially as the central bank removes subsidies.

​​The one-year ration card is expected to be offered to half a million families with each receiving on average $93 per month. However, it remains unclear how the program will be funded and which families qualify for it or how they will be selected.

The Lebanese Center for Policy Studies maintained that while the use of SDRs to fund the ration card program could provide relief for families, with no clear implementation mechanism “the risk of misallocation by a ruling class that has repeatedly proven its capacity for unaccountable malfeasance is high.”

Echoing these sentiments, Saidi warned that “Because there are no conditions and it’s a voluntary trading arrangement, it’s very possible Lebanon could waste the opportunity.”

BEIRUT — Lebanon has received an allocation of Special Drawing Rights worth $860 million from the International Monetary Fund, upon which many are pinning their hopes to strengthen the country’s depleted foreign currency reserves and help dig it out of its worsening economic crisis.SDRs are not currency, cash or a loan. They are an international reserve asset created and maintained by the...