A deep dive into the ration cards that will replace BDL subsidies ... eventually 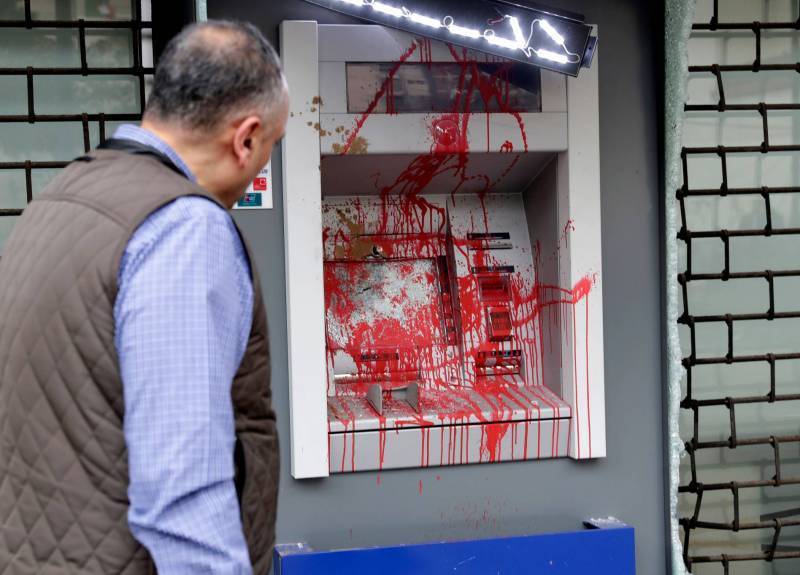 BEIRUT — Lebanon’s caretaker government is adding the final touches on a controversial $556 million program that aims to make direct payments to vulnerable Lebanese households to help them afford essential goods as subsidies end.

A ration card law originally passed by Parliament in late June was meant to be a cost-effective alternative to Lebanon’s current subsidies system, which since mid-2019 has helped keep the price of basic goods such as bread, fuel and chronic disease medication relatively low while the country’s economy melted.

The subsidies became increasingly untenable as Banque du Liban’s foreign reserves, which were used to finance them, dwindled. Around the time the law passed, essential goods shortages were becoming more common, and importers alleged BDL was delaying subsidy payments (the central bank has denied this). Since then, BDL Gov. Riad Salameh has insisted that he will no longer tap into the reserves, and the government has begun ending subsidies on fuel and many over-the-counter medications, making the ration card law’s implementation more urgent.

But while MPs approved the program in June, they left many of its details — including how it would be funded, how beneficiaries would be identified and how the money would be disbursed — to the caretaker cabinet.

A year has passed since Salameh sounded alarm bells about the end of subsidies to policy makers. As per the law, published in the official gazette on July 22, the cabinet had 15 days to establish the program’s implementation mechanisms and then launch it. That deadline has come and gone, but the ration card program still does not appear to be underway.

However, the government has made strides to establish an implementation plan, which L’Orient Today obtained a copy of. What are the details, and what are its prospects for success?

According to the government’s plan, more than 500,000 Lebanese families would receive a monthly base payment of $25, plus an additional $15 per family member for up to six family members, as well as another $11 a month if at least one family member is aged 75 or older. Each family can receive a maximum of $126 a month.

The disbursement would be in “US dollars ... or its equivalent in Lebanese lira at the parallel market rate,” the plan states.

Only Lebanese citizens who reside in the country for a period of at least six months a year will be able to apply for a ration card.

In order to qualify, families’ total annual income must amount to less than the equivalent of $10,000 at the parallel market rate, or about LL185 million — the annual minimum wage amounts to LL8.1 million per person — and bank deposits must total less than $10,000 in “fresh” dollars and less than $50,000 in so-called lollars. Families must agree to lift banking secrecy from their accounts. Families will be excluded if they pay an annual rent above $3,500 or the equivalent at the parallel market rate, own at least two cars registered after 2018 or manufactured since 2017 or employing a domestic worker.

Refugees will not be included in the program. Families will also not be able to benefit from the ration cards if they are already receiving assistance under the World Bank’s Emergency Social Safety Net (ESSN) program, although it is experiencing monthslong delays, or the ongoing National Poverty Targeting Program.

Altogether, 700,000–750,000 families are projected to receive assistance under the three programs, based on government estimates.

Due to a lack of reliable data on Lebanese households, a database identifying eligible families will be built from scratch, based on prospective recipients’ self-reported financial and personal information.

Implementation, including the identification process, will be overseen by a cabinet-appointed supervisory committee, which will be chaired by a representative from the prime minister’s office and include a member each from the social affairs, finance, economy and interior ministries. The plan also says it will include “representatives of the relevant international bodies,” without providing further details, including a budget for contracting external parties.

“All operations are subject to external auditing by specialized companies to ensure transparency, a smooth progress of the program’s implementation and the evaluation of its performance,” the plan says.

One of the primary criticisms of the ration card law passed by Parliament has been its hazy funding sources, and the government’s plan provides little reassurance.

To finance the program, the plan anticipates receiving $300 million from an International Monetary Fund injection, the proposal says.

On Aug. 2, the IMF’s board approved the largest injection in the fund’s history, designating the equivalent of $650 billion to beef up member countries’ foreign currency reserves and help struggling states cope with the impact of the COVID-19 crisis. Lebanon is expected to receive approximately $860 million in Special Drawing Rights — an IMF-created asset — in September, the proposal says. However, Lebanon would need to find a country to convert the SDRs into dollars that can then be used to finance the program. Analysts have been skeptical about using the IMF allocation to fund the ration cards, calling for the state to finance productive projects to boost the economy.

The proposal also assumes that the World Bank would reallocate another $300 million from an undisbursed loan that was previously set aside to finance an infrastructure project. However, the Bank has not guaranteed any funding.

Saroj Kumar Jha, the World Bank’s regional director for the Levant area, told L’Orient Today that the Bank “does not know the [ration card] program details, so it’s difficult to comment whether it would be eligible for World Bank financing.”

While the World Bank has not agreed to fund the ration card program, Jha said the Bank “would indeed consider the Government of Lebanon’s request for the expansion of the ESSN to cover more eligible beneficiaries and for a longer duration by reallocating funding from other World Bank projects,” Jha said.

Barring readily available funding from the IMF and the World Bank, the government may be left with no choice but to use BDL’s dwindling dollar reserves to finance the ration cards proposal.

According to Salameh, the law “mentions that the reserves could be used to finance it [the program], so we have no problem with that.” However, the law does not mention the central bank reserves or its mandatory requirements.

Is the plan feasible?

For all the bluster to get the ration card program underway as subsidies end, analysts say it would be far-fetched to think the government will begin doling out payments effectively to needy families anytime soon, not least because the plan does not specify an implementation timeframe.

Pointing to the lessons learned from the World Bank-funded ESSN program, Saeb El Zein, a former managing director with international banks and funds, said he sees little chance of implementing the ration cards in the short run, even though BDL is already ending subsidies on essential goods.

Unlike the ration card system, which will have to be built from the ground up, the World Bank program has a “transparent, monitored and clear mechanism to target families and it has not been executed yet,” El Zein said. Even so, the program, which was meant to get cash quickly in the hands of the most vulnerable Lebanese, is delayed due to bureaucratic mismanagement and wrangling over whether to pay out aid in dollars or lira.

“Given the track record of our governments in executing programs that provide added value to citizens, the likelihood that this program would be executed in a short period is very, very low,” he said.

“It’s going to take weeks, if not months, for people to secure all the documents and fill the forms” to qualify for assistance, added Christophe Abi-Nassif, the Lebanon program director at the US-based Middle East Institute. Once the documents are submitted, the verification process would take several months, he told L’Orient Today.

But the country “no longer has the luxury of time,” Abi-Nassif said.

Abi-Nassif and El Zein warned that more residents will drop deeper into poverty by the time the proposal is likely to be implemented.

El Zein said that any effort to retarget subsidies “should be part and parcel of a comprehensive plan," rather than being an end in itself.

Even once the ration card program takes off, “how is a family going to cover their kids’ education, food, electricity, transportation, health care and other essentials [with $830 per month] once subsidies are removed?” asked Jean Tawile, an economist and an adviser under former Economy Minister Alain Hakim. Tawile said he considered the low threshold illogical.

According to El Zein, the subsidy targeting effort should be “followed by an IMF program to stop the depreciation of the lira,” which has lost more than 90 percent of its value in the past two years.

With an IMF program, dollar inflows will resume, which will halt the currency depreciation and “might reverse a little bit,” El Zein said. An IMF package — though a distant prospect after Lebanon’s last round of negotiations with the fund reached a dead end last summer following disputes over the scale of the banking sector’s losses — would help pave the way to economic recovery and eventually help lower poverty rates, which as of March stood at an estimated three-quarters of the population.

BEIRUT — Lebanon’s caretaker government is adding the final touches on a controversial $556 million program that aims to make direct payments to vulnerable Lebanese households to help them afford essential goods as subsidies end.A ration card law originally passed by Parliament in late June was meant to be a cost-effective alternative to Lebanon’s current subsidies system, which since...