Here’s what happened yesterday and what to expect today, Wednesday, July 28 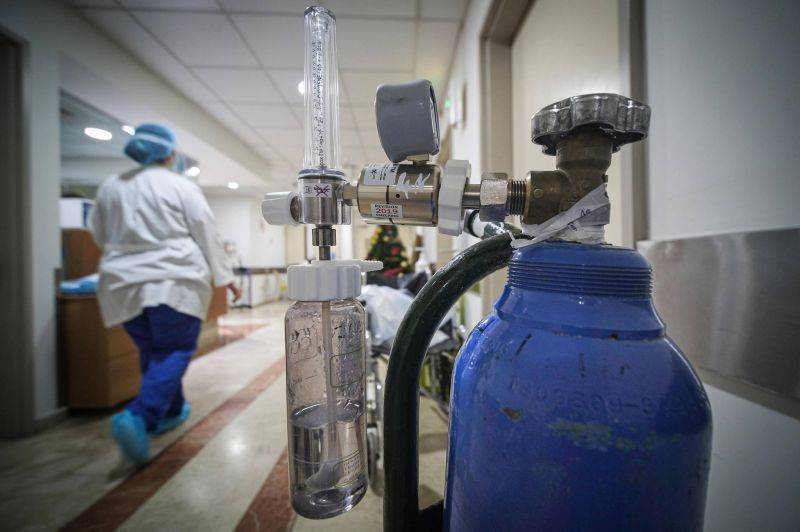 The head of Rafik Hariri University Hospital has warned that “hospitals are less prepared than before” for a new wave of COVID-19, and that “people are drained financially, physically, and mentally.” (Credit: João Sousa/L’Orient Today)

Lebanon recorded its highest number of single-day new COVID-19 cases since April. The Health Ministry reported 1,502 new cases of the virus, with some 94 people in ICU. Earlier this month, Firass Abiad, the head of Rafik Hariri University Hospital, said Lebanon was facing a new COVID-19 wave. “Our low vaccination rate does not bode well,” he wrote on Twitter. “Furthermore, hospitals are less prepared than before, and people are drained financially, physically, and mentally.” Lebanon’s hospitals, which face drug and power shortages, would almost certainly struggle to cope with the rising number of hospitalizations that a new COVID wave could bring. Less than a quarter of the population aged 18 and older has received at least one dose of a COVID-19 vaccine, according to the Health Ministry. Seventeen percent have taken two shots.

Saad Hariri proposed suspending “all legal articles” that give legal immunity to high-ranking government officials. The Future Movement leader and former prime minister’s comments come after his party’s MPs were criticized for signing a petition, alongside deputies from Hezbollah, the Amal Movement and other parties, calling for the investigation and prosecution of government officials allegedly connected to the Beirut port explosion to be handled by a nonexistent council rather than the judiciary. Hariri simultaneously defended his party’s earlier stance, claiming that it had merely been following the constitution. Judge Tarek Bitar, the lead investigator into the Aug. 4 blast, recently requested that Parliament lift immunity from three sitting MPs and former ministers, and also asked permission to question the heads of State Security and General Security. However, his efforts have been met with bureaucratic red tape and other pushback as the political class seems to be closing ranks in an effort at self-preservation.

Newly designated Premier Najib Mikati kicked off his efforts to form a cabinet yesterday. Mikati held consultations with the various parliamentary blocs, the customary official step after he received their approval a day earlier to head the cabinet formation process. Speaking from Parliament in Beirut’s Nejmeh Square after the meetings, he confirmed that “there was a consensus among all blocs and MPs on the need to speed up the process of forming the new government.” The new premier-designate has a daunting task ahead of him in the formation, which must seek to placate the many vested interests at home and abroad, whose stubbornness may risk hamstringing his efforts.

Demonstrations against power cuts and fuel shortages took place across the country on Monday and Tuesday. Customers of Electricé de Zahlé protested local electricity rationing outside the Bekaa Valley utility on Tuesday. Until recently, customers in EDZ’s coverage area had received 24/7 electricity from the utility and had not needed to use private generators, unlike the rest of Lebanon. On Monday, protesters blocked roads leading to Beddawi, in northern Lebanon, and Ghazieh, outside Saida, as well as several roads inside Saida. Several truckers also lined up on the edges of the Beirut–Tripoli highway to protest fuel shortages, threatening that next time they would block traffic on the highway. On Tuesday, locals in Beddawi stopped a fuel tanker bound for Beirut to protest the shortages, and scattered roadblocks took place elsewhere across the country. However, neither protests nor warnings of impending catastrophe from various economic sectors have so far spurred the government into serious action to redress power and fuel shortages.

An impending blackout in Aley was averted yesterday after local private generator owners were promised subsidized diesel. A member of the private generator owners association in Aley told L’Orient Today that the planned outage was called off when the Progressive Socialist Party said it would deliver diesel to the owners this morning. It is unclear whether future diesel deliveries will take place, or how long generator owners will be able to continue operating without access to government-subsidized diesel. Meanwhile, the poultry syndicate has said its members can no longer access diesel on the official or black markets and warned of a “catastrophe” that will lead to the deaths of “tens of millions of poultry.”

Caretaker Health Minister Hamad Hassan warned on Tuesday that legal measures could be taken against pharmacies that continue to strike. Members of the pharmacy owners association have been on strike since July 16 to pressure the Health Ministry and central bank to find a workable solution to the medicine shortages facing the country. A week ago, Hassan announced an end to subsidies on many over-the-counter medicines, but confusion surrounding the decision’s implementation means it has failed to significantly impact the stocks on pharmacy shelves, although prices for many imported drugs have since increased.

Want to get the Morning Brief by email. Click here to sign up.Lebanon recorded its highest number of single-day new COVID-19 cases since April. The Health Ministry reported 1,502 new cases of the virus, with some 94 people in ICU. Earlier this month, Firass Abiad, the head of Rafik Hariri University Hospital, said Lebanon was facing a new COVID-19 wave. “Our low vaccination rate does not bode...