The Arab capitals are waiting for a possible opposition front to present its candidate before deciding. 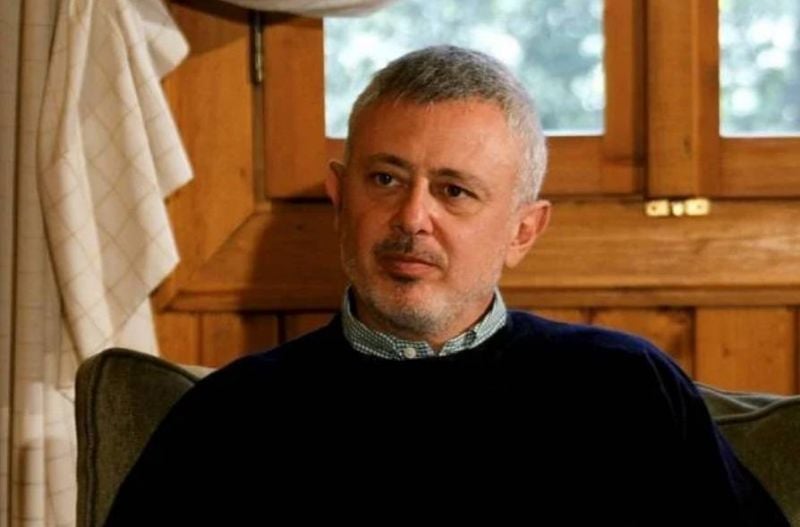 Marada leader Sleiman Frangieh, considered as one of the most “serious” presidential candidates — the number of whom can be counted on one hand — still has a long way to go before being adopted by foreign powers.

Frangieh has a long way to go before obtaining the approval of the Gulf countries, which represent an indispensable decision-maker since the region, including Lebanon, has become more than ever an arena where geopolitical conflicts echo new balances that are taking shape.

Described as the March 8 camp’s candidate given that he is very close to the Syrian regime and that he has privileged relations with Hezbollah, can Frangieh hope to obtain the green light from Saudi Arabia or the United Arab Emirates while the tug of war with the Iranian axis continues, albeit to a lesser degree than previously?

“It’s complicated, but it is not impossible.” It is with this lapidary answer that former minister Rachid Derbas, a friend of Frangieh, appraised the latter’s chances of obtaining admission into the Arab and Gulf capitals’ circles.

“There is a difference between accepting his profile, which is likely if the context and circumstances are in favor of that, and between adopting him as their candidate,” said Joseph Bahout, the director of the Issam Fares Institute at the American University of Beirut.

Frangieh would be accepted first of all because, historically, the Frangieh family has good relations with Saudi Arabia and the UAE. It is a legacy that the head of the Marada Movement has managed to preserve, even though his ties with Riyadh have somewhat weakened.

All analysts agree that Frangieh, unlike his ally Hezbollah, has never been hostile to the Gulf countries. Hence the respect that reportedly some representatives of the Gulf countries have for him, especially for his frank and transparent political choices, which he has never used against his opponents. These qualities can play in his favor, although they are not yet enough to ensure full Gulf support for his candidacy.

It is noteworthy that in 2016, when former Prime Minister Saad Hariri supported Frangieh’s candidacy, Saudi Arabia did not object. It was the Future Movement’s leader who in the end changed his position and opted for Michel Aoun, who is also close to the March 8 camp.

However, things have changed today, and Aoun’s presidency has demonstrated that the latter ended up in the Iranian orbit, thus dashing the hopes of the Gulf States for a greater repositioning towards the center on the president’s part.

“It is impossible today to bring in a president who implements the policies of a given axis. This critical period requires a ‘judicial guardian’ to ensure that the republic does not totally collapse,” Derbas said. The essential point is that a politically biased candidate will have difficulty being backed by the Arab countries.

The former minister said he is convinced that while Hezbollah succeeded in 2014 to paralyze the presidential election, it is out of the question today for this scenario to be repeated while the country is in freefall.

But everything will depend on the style and manner in which Frangieh is presented. “If he is presented as the candidate of March 8 camp and Hezbollah, then he will be perceived as a confrontational figure, even if he is personally accepted in the Arab world. It will also depend on whether the other parliamentary blocs will adopt him,” Bahout said.

“If his candidacy is the result of a local and international consensus, the Gulf will not be happy, and will not be dismayed either,” he added.

Frangieh’s ties with Syria, with which the Gulf countries are now trying to initiate a rapprochement are another advantage that can, paradoxically, play in his favor. In his eyes, “he would be even more Syria-aligned than pro-Hezbollah, which could reassure them in some way,” said Bahout.

This description is in line with that of a political figure close to the Marada Movement, who said that, even if Frangieh is an ally of Hezbollah, he has never engaged in campaigning in favor of the Shiite party. Frangieh’s chances with the Arab world could increase if the powers concerned reach an agreement on the nuclear issue in Vienna soon. In this case, a profile like that of Frangieh could become more acceptable to the West.

Some analysts have an opposite point of view. They consider that it would be the Iranians who would then agree to make concessions through a compromise towards France and the European Union, which are very concerned about Lebanon and its future, by choosing a figure closer to the criteria required for the coming period. In this case, it would be a technocratic profile capable of implementing reforms.

The Gulf countries, led by Saudi Arabia, still need to show more interest in the presidential elections, which is not the case for the moment. According to some Saudi analysts, Saudi Arabia — whose views will undoubtedly influence its neighboring countries — has not added the issue on its agenda yet.

“The kingdom favors a Lebanon that restores its place in the Arab world and improves its relations with the international community. Riyadh also wants Lebanon to regain its neutrality. Any candidate who can meet these criteria will have its support,” said writer and journalist Hussein Chabkaji.

According to a figure close to the kingdom, the Gulf countries are currently waiting. They are counting on a local decision that would emanate jointly from a possible opposition front, which is still in the making for the moment.

According to this figure, the Gulf countries will support the profile designated by this front. Otherwise, they will see which candidates are still competing and will make a decision based on consultations with the West.

So far, the Sunni MPs, who held a meeting a few days ago at Prime Minister-designate Najib Mikati’s residence, pledged to vote for Frangieh. But this is probably not the case for the so-called protest movement MPs, who consider Frangieh as part of the political establishment.

The latter, like other components of the opposition, would dread more than anything else that the scenario that prevailed during Aoun’s term will be repeated. They fear seeing Frangieh making a deal under the table with the Aounist camp so as to obtain its votes and benefit from a Christian legitimacy. This would then force Frangieh to give up his centrist position and role of arbitrator that he will be called on to fulfill as president.