Who are Najib Mikati and Nawaf Salam, the two main contenders for tomorrow's premier designation?

A brief rundown of the two main contenders in the prime minister race. 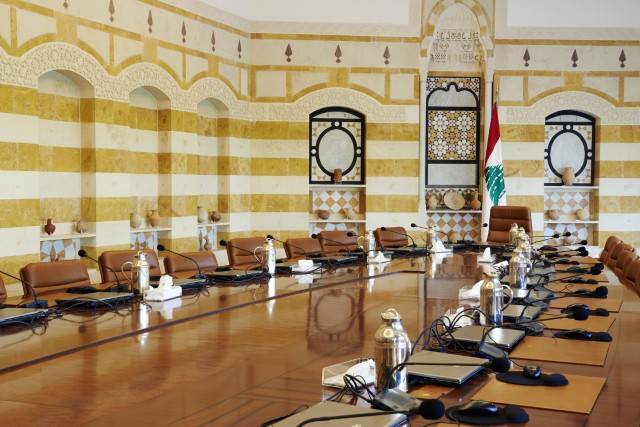 What do we know about the two candidates?

Mikati is a three-time prime minister of Lebanon. He first held this role in 2005 after the assassination of Rafic Hariri, who was the premier at the time.

He became prime minister again in 2011 and led a government for two years before resigning.

In July 2021, following a 13-month deadlock after the resignation of Prime Minister Hassan Diab in August 2020, and after two successors appointed to replace him, Mustapha Adib and Saad Hariri, both failed to form a government, Mikati was appointed to the post again.

During his current term as premier, Mikati’s cabinet was tasked with a series of measures to attempt to pull Lebanon out of its financial and energy crises. While proposed energy deals with Jordan and Egypt that were originally projected to bring several more hours of electricity per day by early this year have still not been implemented, Lebanon did ink agreements with Jordan and Egypt, and Mikati’s cabinet adopted an energy sector reform plan, one of the prerequisites for World Bank financing of the deals.

Mikati’s government also reached a preliminary agreement with the International Monetary Fund on April 7,wherein Lebanon would receive $3 billion worth of financial assistance over 46 months if certain prior actions or reforms are implemented — but so far, progress on those reforms has been slow. The staff-level agreement remains subject to final approval by the Executive Board of the IMF.

Mikati has also generated his share of controversies. Protesters routinely held sit-ins in front of his house in Tripoli during the mass protests that began in 2019, accusing him of amassing wealth while residents of his city slipped further into poverty.

Mikati co-founded the M1 Group, a Lebanon-based holding company, along with his brother that has built the two brothers a fortune of nearly $3 billion each, according to Forbes.

However, the group has repeatedly been criticized by human rights activists for its track record of conducting business in countries under authoritarian regimes, including recently in Myanmar.

Mikati's rival in the current contest, Nawaf Salam, is the former ambassador and permanent representative of Lebanon to the United Nations, and a judge on the International Court of Justice in Holland since 2018.

He was previously the chair of the Political Studies and Public Administration Department at the American University of Beirut from 2005-2007, a visiting researcher at Harvard Law School from 1989-1990, and a lecturer at Sorbonne University, Paris, from 1979- 1981. He has given lectures on law at universities in the Arab world, the United States, Europe, and elsewhere.

Among the parties that have endorsed Salam are the Kataeb, which released a statement asserting that he is an “independent candidate” who is capable of pulling Lebanon out of the chaos it is in. The Democratic Gathering, a parliamentary bloc affiliated with the Progressive Socialist Party of Walid Joumblatt has also endorsed Salam. Taqaddom, a new opposition party, endorsed Salam and justified their choice by highlighting the judge’s “transparency, integrity and the needed ability to work and confront [the establishment].”

“He is not involved in the network of corruption and quota system,” the statement continued.

However, some of the 13 protest MPs are still skeptical about nominating Salam, accusing him of having joined “a part of the ruling class,” especially during the legislative elections, when he supported the list formed by former Prime Minister Fouad Siniora and former minister Khaled Qabbani in Beirut II.

BEIRUT — With binding parliamentary consultations scheduled for Thursday at the Presidential Palace in Baabda to select a new prime minister, the two main contenders are current caretaker Prime Minister Najib Mikati and former ambassador Nawaf Salam. What do we know about the two candidates? Mikati is a three-time prime minister of Lebanon. He first held this role in 2005 after the...