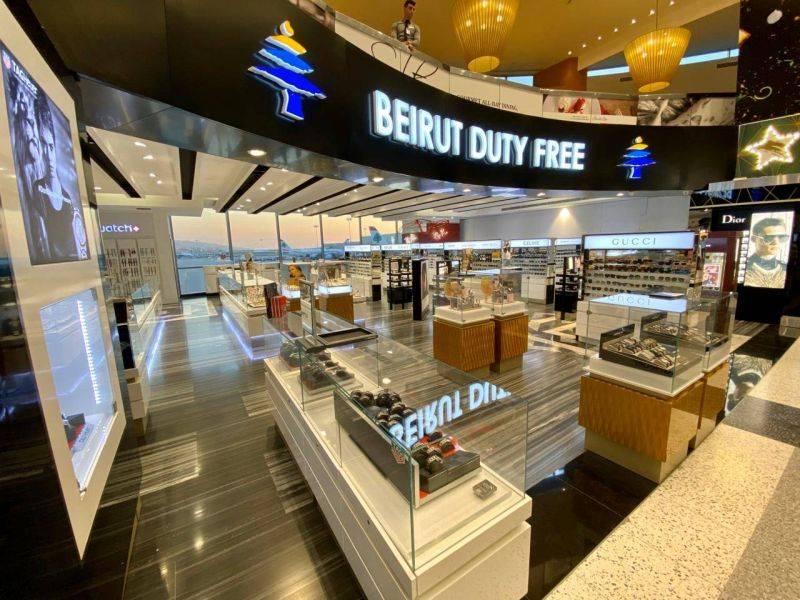 Following a complaint filed a little less than five years ago, the State Council has just issued a ruling to invalidate the contract between the Lebanese state and Phoenicia Aer Rianta Company (PAC), which is in charge of the management and operation of the duty-free stores at Beirut International Airport.

The company, headed by businessman Mohammad Zeidan, was awarded in April 2017 a four-year public contract following a tendering process, a procedure the State Council invalidated in the same decision.

In addition to being issued just over a month before the launch of a new tendering process, scheduled for July 14, the decision of the country’s highest administrative court could theoretically result in astronomical losses for a state that has already defaulted on its foreign debt obligations, in a country that has been going through one of the worst economic crises since 1850.

On top of that, the State Council also attacked the Tender Board which is affiliated with the Central Inspection to which the new public procurement law, adopted almost a year ago, grants a central role in adapting Lebanese legislation to international standards.

According to the decision made on May 26, which L’Orient-Le Jour reviewed, the court rebuked the Tender Board for having launched “a tender that lacked transparency and guarantees in terms of competition,” which contributed to “privileging some candidates, excluding others or limiting those who could participate, which is a violation of the public procurement principles.”

Hundreds of millions of dollars

“A decision like this should have been taken quickly, not several years later, so as to prevent, as much as possible, seeing injured parties and financial complications,” he said.

Because, “Unlike a termination, which cancels the contract’s effects [in the future] as of the date of the decision, the invalidation has a retroactive effect. In this case, the contract’s cancellation would mean that PAC did not win the tender which therefore requires that the state reimburses what it has already received from the company over a period of nearly five years,” he said.

This sum would amount to several hundred million dollars, according to the bid submitted at the time by the Lebanese operator.

“It’s hard to believe that,” said the Tender Board’s director, for whom the State Council is supposed to look after the state’s interests.

“What is even worse is the way in which the State Council made a fool of itself by derogating from the principle of res judicata, by taking a decision contrary to the one it had already taken five years ago, based on the same reasons, the same means and the same writings,” he added, clearly denouncing political interference in this case.

It is important to give a small flashback to better understand the story. On April 27, 2017, the Lebanese company PAC was awarded a contract for the management and operation of the airport’s duty-free stores for a period of four years, starting Nov. 17, 2017.

Headed by Mohammad Zeidan, who is known to be close to the Future Movement and former Prime Minister Fouad Siniora, PAC had already been managing this space since 2002 after being awarded the contract for a period of four years. The contract was renewed in 2006 and extended annually since 2010.

After examining the bids, only those submitted by PAC and Lagardère Travel Retail were retained, while the others were deemed not to comply with the conditions set out in the specifications.

Of the two remaining candidates, the Lebanese operator was declared the winner after submitting the best offer: LL111 billion per year ($74 million at the official rate at the time), in addition to a payment based on the number of passengers at the airport, equivalent to $3.25 per passenger, explained Georges Attieh in May 2017 , director of the Central Inspection, to which the Tender Board reports, based on an average of eight million passengers per year.

This offer was much higher than that of Lagardère Travel Retail, which was second in line and had proposed a fixed sum of $46 million per year, in addition to a pay of $3.25 per passenger.

In the meantime, World Duty Free Group, which had submitted a joint bid with the Lebanese company 3DF al-Kabidat SAL, twice challenged the decision to disqualify it, before the Court of Audit and the State Council respectively. Both of these challenges were rejected.

“This company was excluded in accordance with the proper implementation of procedures. It had submitted a document of implementation of ISO quality standards, which was registered in the name of a consortium in which it was part, and not in the company’s personal capacity,” said Ellieh. “The Court of Audit had the same opinion during the exercise of its prior auditing, as well as the State Council as a judge in charge of urgent precontractual matters to which the claimant resorted.”

On Aug. 14, 2017, World Duty Free Group once again filed a complaint before the State Council. But unlike the previous time, the institution did not issue a ruling and PAC remained in charge of managing this space.

This status quo lasted for more than five years, until May 26 of this year, when the State Council eventually gave a ruling and decided to invalidate the contract awarded to PAC.

However, given that the date set for the new call for tenders scheduled for July 14 is approaching, PAC will “continue to harness this space in accordance with the principle of continuity of public service,” Ellieh said.

Then, why has the State Council taken such a decision in such a dubious timing, particularly since PAC will not be replaced before the new call for tenders?

Contacted several times, the State Council could not be reached to answer our questions. For his part, Ellieh indicated that he will soon hold a press conference to “defend himself, the Tender Board and to set the record straight.” For him, there is no doubt: “This is just another attack by a particular political party against me.”

The latter is indeed in the midst of a conflict against several members of the Free Patriotic Movement within the framework of dubious tenders and contracts concluded by the successive ministers of energy and water for a decade, all belonging to the same political party.

“This decision is part of a long tirade against those who have been seeking to professionalize public procurement so that it goes in line with the best practices and ensures a high level of transparency,” said a source close to the case.

In any case, the specifications are ready and the tender is still scheduled for July 14, Ellieh said.

Jean Ellieh, the Tender Board’s director, is holding a press conference this Thursday to “defend himself and the Tender Board and set the record straight.”Following a complaint filed a little less than five years ago, the State Council has just issued a ruling to invalidate the contract between the Lebanese state and Phoenicia Aer Rianta Company (PAC), which is in charge of the management...