Pharmacist murdered, opposition candidates attacked, election assurances: Everything you need to know to start your Tuesday

Here’s what happened over the weekend and what to expect today, Tuesday, April 19 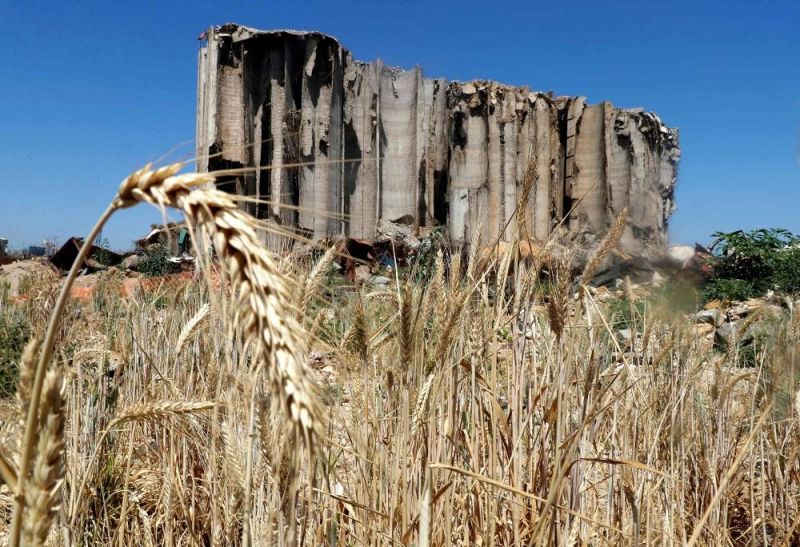 Lebanon on April 14 ordered the demolishment on Beirut's grain silos, at risk of collapse following the 2020 port explosion, prompting protests from relatives of blast victims who want the silos preserved. (Credit: Joseph Eid/AFP)

The pharmacists’ syndicate last night called for pharmacies across the country to remain closed today in mourning for a colleague murdered in at her place of work yesterday. Describing the crime as “heinous,” pharmacies syndicate head Joe Salloum said in a statement that Leila Rizk was murdered “in broad daylight on Monday … while carrying out her humanitarian duty inside her pharmacy in the Mrouj area in Metn.” The state-run National News Agency meanwhile reported that Rizk was found dead inside the Mrouj pharmacy next to an emptied cash box, adding that an investigation into the circumstances of her death has been opened. Salloum also warned of the dangers health care professionals face and called on the security forces to provide better protections for pharmacies. Earlier this year, dentist Elie Jasser was stabbed to death while working at his clinic in Zahle.

Supporters of the Amal Movement are accused of attacking opposition candidates in South Lebanon on Friday. Five buses carrying members of the “Together for Change” opposition list were blocked from reaching a venue where they were set to launch their campaign in the southern town of Sarafand. One of the candidates said that members of the opposition group were locked inside the venue and beaten. They said they also had their phones taken in order to prevent them from contacting the media. Security forces were slow to mobilize after being called to the scene. A member of the group told L’Orient Today that the men disrupting the event had chanted “This is the land of Berri,” referring to Parliament Speaker Nabih Berri. Later in the day, the Amal Movement released a statement claiming no involvement in the incident, saying that they would not protect any supporter involved in the act of intimidation.

President Michel Aoun said on Sunday that elections will take place as planned. Speaking after a meeting with Maronite Patriarch Bechara al-Rai before Easter mass, Aoun said, “The elections will happen, and all preparations are ready.” Recently, the Lebanese Consul General in Sydney, Charbel Macaron, who is considered close to President Aoun and his Free Patriotic Movement party, drew criticism after Lebanese citizens in Australia received their polling places for the expatriate portion of the Parliamentary elections, and found that members of the same household were registered to vote at separate locations, in same cases very far from one another. On Monday, the Foreign Ministry responded to this criticism, saying that voters were assigned to polling places according to Australian postcodes on registration forms, and that Lebanese political parties established in the country had helped voters fill out registration forms.

On Friday, the Lebanese Army forcefully prevented relatives of the victims of the Aug. 4, 2020 port blast from protesting against President Michel Aoun. The protest occurred while Aoun was attending Good Friday mass at Holy Spirit University of Kaslik. The demonstrations were originally organized to protest the cabinet’s decision to demolish the grain silos at the Port of Beirut, as well as the delay in the judicial appointments which are stalling the blast investigation. William Noun, one of the organizers of the protest, told L’Orient Today that the army had stopped them a kilometer-and-a-half before they reached Kaslik, in Jounieh. The army said a fight broke out because there was an arrest warrant out for one of the demonstrators, and so all of them were detained. When contacted by L’Orient Today, the Lebanese Army declined to comment on the incident.

Port blast protesters also gathered outside the house of Finance Minister Youssef Khalil on Saturday to object to the delay in the port blast investigation. Protesters spoke out against the delay in the appointment of judges to the Court of Cassation, holding Khalil responsible because he has yet to sign an appointment letter, which they say has been on his desk for weeks. One protester was videotaped calling the minister’s wife, asking her to relay a message to the minister to sign the appointments with the same speed “that he signed the decision to demolish the silos.” The Court of Cassation has been unable to rule on complaints filed against the blast investigation head Judge Tarek Bitar, as two retired judges have not been replaced. Later in the day, Khalil issued a statement saying that the delay in the paperwork was due to errors that would “create precedents the country does not need” and that efforts were being made to resolve them. He did not specify what those errors were.

In case you missed it, here’s our must-read story from the weekend: “Bushra Khalil: From Saddam’s lawyer to TikTok sensation. Can she finally win a seat in Parliament?”

Want to get the Morning Brief by email? Click here to sign up.The pharmacists’ syndicate last night called for pharmacies across the country to remain closed today in mourning for a colleague murdered in at her place of work yesterday. Describing the crime as “heinous,” pharmacies syndicate head Joe Salloum said in a statement that Leila Rizk was murdered “in broad daylight on Monday …...