Lebanese industrialists already meet more than 60 percent of the local demand for drugs with an alternative made in Lebanon. But in reality, they are capable of meeting the entire demand, without having to invest heavily. 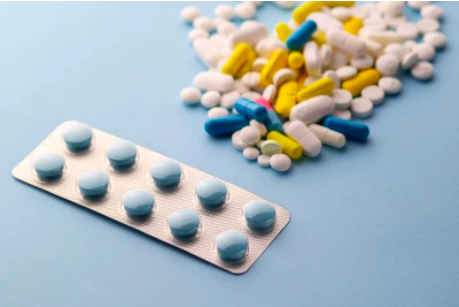 Officials decided on Wednesday to cancel import subsidies for drugs for which an equivalent is produced in Lebanon. (Credit: Photo illustration by Bigstock)

After almost nine months since subsidies on some pharmaceutical products were last lifted, Lebanon is heading to further lift subsidies on other pharmaceuticals. This time, subsidies will be lifted on imported drugs for which there is an alternative made in Lebanon.

While this option had been on the table since at least December 2020, it was only adopted on Wednesday, following a meeting that brought together Prime Minister Najib Mikati, Health Minister Firass Abiad, Industry Minister Georges Bouchikian, MPs and several stakeholders and syndicates from the Lebanese medical, pharmaceutical and industrial sectors.

There are two objectives for this new lifting of subsidies: assisting local industry and optimizing the granting of subsidies. Although two-and-a-half years have passed since Lebanon’s crisis erupted, Banque du Liban, whose foreign exchange reserves have dropped rapidly, is still financing subsidies mechanisms. These reserves stood at $14 billion in mid-March, compared with $35 billion just two years ago.

Following Wednesday’s meeting, no details were given on when this decision will officially come into force. Speaking to L’Orient-Le Jour, Karim Gebara, head of the pharmaceutical importers’ syndicate, said the decision will take effect “in the next few days,” or “a week at the latest.”

Up to 60 percent cheaper

Once put into practice, this decision will mean a lifting of subsidies on imported drugs for which there is an equivalent made locally. According to statements made at the end of Wednesday's meeting, the lifting of subsidies will allow BDL to save an unspecified sum, which will then be channeled in two directions.

Firstly, it will be used to finance additional imports of the raw materials used in the local production of medicines, so as to meet the full local demand for these products. The prices of these raw materials are still 85 percent subsidized at the official rate of $1,507.5 to the US dollar.

Secondly, the money will be allocated to financing a larger quantity of imported cancer drugs. Imports of these products continue to be fully subsidized.

MP Assem Araji (Future/Zahle), the head of the parliamentary Health Committee, who attended Wednesday's meeting, called in November for more support for the local pharmaceutical industry. At the time, he stated that, given the sharp devaluation of the lira, the Lebanese must opt for cheaper generic drugs in order to reduce their expenses and, consequently, the state's bills. In fact, according to the Syndicate of the Pharmaceutical Industries in Lebanon (SPIL), medications that are “made in Lebanon” are, depending on the category, 30 to 60 percent cheaper than their foreign brand equivalents, and 15 to 40 percent cheaper than their imported generic equivalents.

However, subsidies on raw material imports, from which these manufacturers benefit, only represent about 25 percent of their total bill. By comparison, imports of ready drugs (excluding cancer drugs) have been 25, 45 and 65 percent subsidized since November 2021, depending on the product category, after the previous subsidy rate of 85 percent at the official exchange rate, in place since November 2019, was decreased.

100 percent of the local demand

So, after two-and-a-half years of enduring a crisis with a strategy favoring foreign imports, which implies “supporting foreign factories at the expense of our domestic industry,” as Firas Abiad said on Wednesday, officials have finally decided to support drug production in Lebanon.

Despite limited support, these local producers already meet “more than 60 percent” of the local demand for drugs for which there is a Lebanese substitute, says Ramez Lotfi, CEO of Mephico SAL. He added that local manufacturers are able to meet “immediately and fully this demand, without even having to invest in new machinery.” In fact, according to figures provided by Abiad, Lebanese factories “are operating [today] at less than 50 percent of their full potential.” Therefore, “if they are supported, they will not only be able to meet local needs, but also to export to Arab and foreign countries,” Abiad said.

There are two prerequisites: A higher budget for the import of the needed raw materials, and BDL facilitating the approval of the payments that need to be made abroad, said the producers.

Regarding this first condition, Lotfi estimated that the manufacturers will need “$6.5 to $8 million per month” in subsidies to be able to meet the entire local demand for products they already manufacture, while today the production of more than 60 percent of this demand consumes about $4 to 4.5 million in subsidies per month. This marginal cost must be secured by lifting subsidies on products that have a local equivalent.

The total subsidies on drugs, medical raw materials and infant milk amount to a monthly average of $25 million today. Speaking to L’Orient-Le Jour, the ministry was not immediately able to provide figures on the sum that would be saved before being reallocated.

When it comes to the second condition, this is where the major problem lies, and some of these manufacturers are pessimistic. They fear that the current situation will persist, that is to say, a delay on the part of the BDL in approving the amounts to be paid, which would force producers to disburse dollars from their own pockets, until they are reimbursed by the central bank. This situation would cause losses for local producers, while the prices of drugs on the local market are set by the Health Ministry based largely on the official exchange rate of 1,507.5 lira per US dollar, although the greenback is trading at more than 24,000 lira on the parallel market.

However, Mephico's CEO is keen to point out that the Health Ministry is working closely with BDL. “We are starting to feel some progress being made” at this level, he said. According to the latest estimates, BDL owed Lebanese drug producers about $30 million in arrears at the end of 2021.

Despite these difficulties, SPIL reported that its activities have evolved. SPIL, which consists of 12 companies, including nine drug manufacturers and three serum producers, stated that it has some 2,200 employees and produces nearly 1,200 drugs (about 930 generics and 270 sublicensed products). According to the available figures, the SPIL consisted of 11 firms and more than 1,800 employees in 2020.

Will Lebanon's pharmaceutical industry boom in 2022, in light of the opportunity, that this current crisis is offering, the sector’s strong inherent potential and the planned aid? It all depends on how the promised aid will actually come to fruition.

After almost nine months since subsidies on some pharmaceutical products were last lifted, Lebanon is heading to further lift subsidies on other pharmaceuticals. This time, subsidies will be lifted on imported drugs for which there is an alternative made in Lebanon.While this option had been on the table since at least December 2020, it was only adopted on Wednesday, following a meeting that...