Inflation down, new charges for Salameh, Aoun in Rome: Everything you need to know to start your Tuesday

Here’s what happened yesterday and what to expect today, Tuesday, March 22 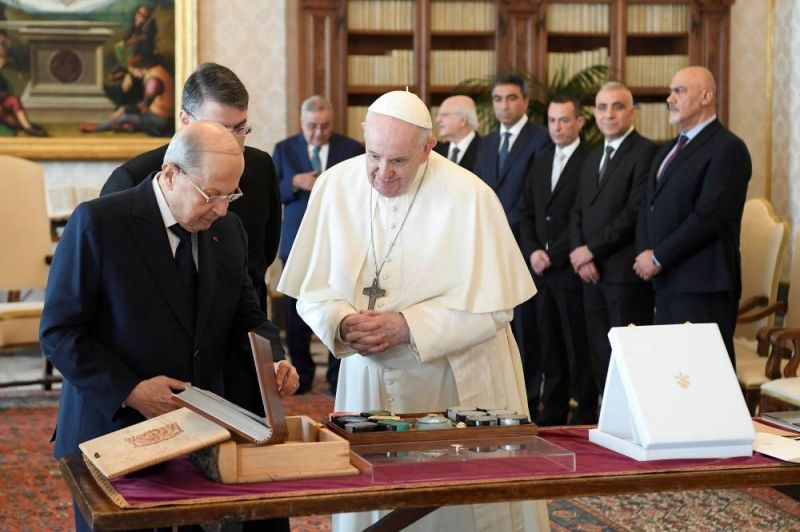 Lebanon’s monthly rate of inflation dropped for the first time since October 2019 in February, according to new government data. The consumer price index recorded a triple-digit year-on-year value for the 20th successive month in February, with the year-on-year rate of inflation at 214.59 percent. But, as high as this number is, it is slightly below January’s 239.68 percent year-on-year inflation, and on a month-to-month basis prices were 3.13 percent lower in February than in January. The main cause of the slowdown in inflation is thought to be the stabilization of the national currency, which averaged LL20,900 to the US dollar in February, compared with LL26,500 to the US dollar in January. This currency stability has been bought with the central bank’s dwindling foreign currency reserves, as the bank continues to intervene in the currency market to boost the lira.

Judge Ghada Aoun charged central bank Governor Riad Salameh with illicit enrichment yesterday, adding to the growing list of investigations the head of Banque du Liban faces. The Mount Lebanon public prosecutor told Reuters the investigation relates to the purchase and rental of apartments in Paris. Salameh was scheduled to appear for a judicial hearing on Monday but did not attend. It will be up to the investigating judge placed in charge of the case whether or not to issue an arrest warrant for Salameh. Last week, Aoun charged Salameh’s brother Raja in connection with the same case, and ordered him arrested. He remains in detention and has denied any wrongdoing. Also on Monday, Judge Aoun ordered Raja Salameh’s real estate assets seized. Riad Salameh faces other investigations in Lebanon and five European countries on various corruption-related charges. He has denied any wrongdoing. Judge Aoun has come under criticism in recent days, as she has launched a flurry of legal activity that critics allege is politically motivated in support of President Michel Aoun’s Free Patriotic Movement ahead of elections. Judge Aoun has denied political motivations.

President Michel Aoun continues his visit to the Vatican and the Italian government in Rome today and will return to Beirut this evening. Aoun met with Pope Francis yesterday. The two men discussed Lebanon’s socio-economic problems, the situation of refugees in the country and the investigation into the Aug. 4 Beirut port explosion. The official Vatican news service called the meeting “cordial.” Aoun will meet with Italian President Sergio Mattarella today. In other diplomatic news, Prime Minister Najib Mikati said in an interview published on Monday that his cabinet “is open to the Arab roadmap”— the 12-point memorandum prepared by Gulf states that lists conditions for restoring diplomatic normality with Lebanon. Lebanon formally responded to the document in late January and its response has been “under consideration” since then, according to a statement issued by Kuwait, whose diplomats delivered the roadmap, at the time.

Four depositors affiliated with the activist group Depositors’ Shout filed a complaint yesterday against BDL officials and banks. The complaint names current members of Banque du Liban’s central council and all former members of the council dating back to the start of Riad Salameh’s governorship of the bank in 1993, as well as seven commercial banks. The complaint, a copy of which was seen by L’Orient Today, alleges that the accused are guilty of “breaches of the obligations of their functions, gross negligence in the management of a public service and squandering of public funds.” The commercial banks mentioned in the complaint are Fransabank, Bank Audi, Bank Med, Bank of Beirut and the Arab Countries, Credit Libanais Bank, Bank Libano-Francaise and Byblos Bank. Lebanese banks have been defendants in civil suits in a variety of jurisdictions around the world, with uneven results for litigants.

In case you missed it, here’s our must-read article from yesterday: “Everything you need to know about Lebanon’s 15 electoral districts”