With the clock ticking, where does Lebanon stand in its negotiations with the IMF? 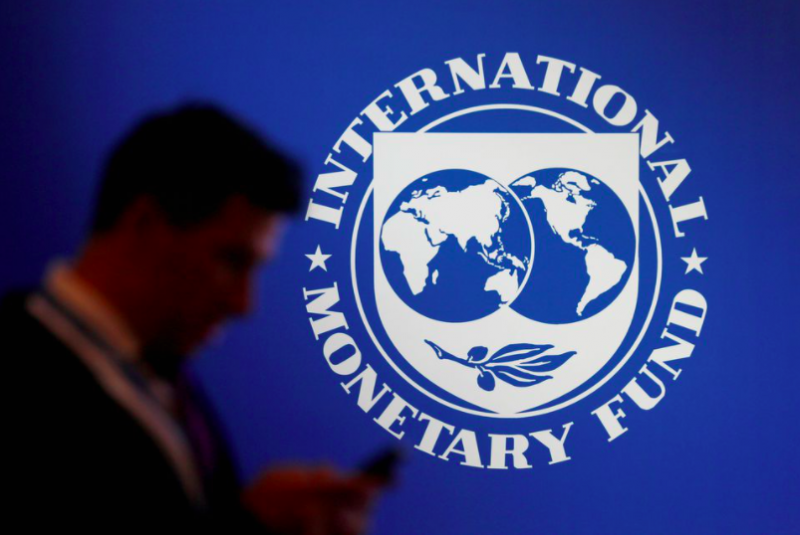 Lebanon's leaders have repeatedly promised that an agreement with the IMF would be signed by end of February, but the only proof of progress the government has managed to obtain is an unflattering note from Ramirez Rigo, the head of the IMF negotiating team. (Credit: Johannes P. Christo/Reuters)

BEIRUT – The first round of talks between the Lebanese government and the International Monetary Fund concluded on Feb. 11.

The negotiations, which resumed recently after a one-year pause brought about by a disagreement within the Lebanese team over the size of the losses in the financial sector, offer the government a second chance at demonstrating to its people and to the international community its seriousness in fulfilling the required conditions towards unlocking much-needed assistance.

Some officials have projected the impression that a satisfactory outcome to the preliminary round is a foregone conclusion. Prime Minister Najib Mikati and Deputy Prime Minister Saade Chami gave repeated assurances that Lebanon will have a signed agreement, either by the end of January, or at the latest by the end of February.

However, with the countdown clock ticking fast, the only proof of progress the government has managed to obtain is an unflattering note from Ramirez Rigo, the head of the IMF negotiating team.

“The unprecedented and complex nature of the Lebanese crisis requires a comprehensive economic and financial reform program to stabilize the economy,” he stated, adding that while “progress was made in agreeing on these necessary reform areas … more work is needed to translate them into concrete policies.”

What is the IMF asking and where does Lebanon stand?

This is not the first time the IMF has made clear its insistence on having a comprehensive program. As recently as Feb. 4, IMF Managing Director Kristalina Georgieva said the fund would only support a “comprehensive program” for Lebanon that would tackle all the country's ills, including corruption. On Feb. 10, during the IMF’s press briefing, Gerry Rice, the director of the body’s communications department, reiterated the same point.

Mikati had promised to develop just such a program in early November, when he announced that Lazard, the government’s financial adviser, would have a comprehensive plan ready by the end of the month. But no such plan has appeared.

Apart from the call for a comprehensive plan, Rigo’s communique listed several specific actions to be included in the program.

First, he called for “fiscal reforms that ensure debt sustainability but also space to invest in social spending and reconstruction efforts.” The government’s budget proposal represents a first step toward meeting this condition, but it has already had its share of critics from inside and outside the cabinet, who have objected to the proposal’s indiscriminate taxes, lack of social stabilizers and absence of investment allocation, among other issues. It was called by economists and analysts a “useless and worthless piece of paper” and “truly underwhelming”. Even the Amal Movement, the political party behind the appointment of the Finance Minister Youssef Khalil, voiced its opposition to the proposal in a seeming abandonment of its protégé.

It only took three weeks for the government to approve the contested proposal and present in the final version a balanced budget, after excluding from the expenditures a controversial advance of LL5.25 trillion to Electricité du Liban, which had reportedly triggered a dispute between President Michel Aoun and Mikati, with Aoun looking to tighten the pressure on banks in exchange for the electricity file.

However, in a Kafkaesque twist, after Mikati announced to the media that the cabinet had approved the budget, Culture Minister Mohammad Mortada wrote in a tweet, that all the ministers were wondering whether the budget was approved or not. The budget proposal is now slated to go to Parliament next week to seek its approval.

The second point on Rigo’s list calls for the restructuring of the financial sector.

Rigo noted that given the “unprecedented size of the financial sector’s losses,” currently estimated at $69 billion, the restructuring would need to be carried out “transparently consistent with the hierarchy of claims while protecting small depositors.”

A leaked government proposal for such a restructuring, widely circulated on social media and then published by Reuters, was based on the lirafication of foreign currency deposits and the asymmetrical distribution of losses. The plan allocated 50 percent of the total $69 billion loss to be borne by depositors, through a complex scheme of converting foreign currency deposits into Lebanese lira at different exchange rates.

Experts and civil society observers quickly slammed the plan, which allocates $38 billion in losses to depositors, $13 billion to banks’ shareholders, $10 billion to the government and $8 billion to the central bank, as being inadequate and unfair to small depositors.

However, Alain Bifani, former director general of the Finance Ministry, told L’Orient Today that “people should know the money is already gone,” adding that “whatever the plan is, the central bank started two years ago the process of transferring the losses to the depositors.”

Next on the IMF’s list is the requirement to reform state-owned enterprises, and particularly the energy sector, which has long been a drain on public finances. On this point as well, the deadlines have been pushed repeatedly. Energy Minister Walid Fayad has, from the moment of his appointment, promised to increase the supply of electricity by four to six hours per day. However, while several projects are currently under consideration to relieve the shock of the acute energy crisis, many obstacles remain. These include the US’s tacit approval for an exemption from Caesar Act sanctions on Syria, the World Bank financing conditions, and the possibility of Israeli gas ending up in the Lebanese system.

In the meantime, Lebanon’s population continues to be at the mercy of private generator operators, with monthly bills exceeding four and five times the minimum wage.

The fourth point on the IMF list, which calls for strengthening governance and anti-corruption measures, is by far the least explored by the current administration. Despite rhetoric from the political class about the necessity to tackle corruption and enhance transparency and accountability, there are many examples of the absence of the rule of law. Perhaps the most notable among them is the stalled Beirut port explosion investigation; a more recent case that exemplifies the interplay within the ranks of the ruling elite is the case of Judge Ghada Aoun and central bank Governor Riad Salameh.

In August, Judge Aoun issued a search warrant for Salameh in the case against the Mecattaf Holding Group, Lebanon’s largest money shipping company, allegedly embroiled in money laundering and illicit enrichment, but nothing came of it. In January, she ordered a travel ban against him on the back of a lawsuit led by the civil society group The People Want to Reform the System, which she followed with a freeze on his assets. Eventually, she subpoenaed him for missing his third questioning in the above case. Salameh has attempted to have Aoun removed from cases against him, accusing her of bias.

On Tuesday, State Security attempted to bring Salameh in for questioning, but he could not be found at any of his usual known locations, leading one social media user to ask, “Can you name one other country where the whereabouts of the Central Bank Governor is unknown?”

The final item on the list calls for a credible monetary and exchange rate system. Despite the ongoing international and local probes into his activities, Salameh has managed to use the resources at his disposal to stabilize the lira against the US dollar at around LL20,000. While experts largely believe the strategy is unsustainable, it may buy the administration some time to make headway in the IMF file and to shift the focus from the daily volatility of the national currency to parliamentary elections.

The stakes are high: The World Bank has said that Lebanon is enduring one of the most severe economic crises since the mid-nineteenth century. The UN Economic and Social Commission for Western Asia has estimated that 82 percent of the Lebanese population now live in multidimensional poverty, while Rigo stated that what the IMF is dealing with in Lebanon is “unprecedented and complex.”

Mikati is wary. In a speech after the cabinet approved the 2022 budget he said "The economic recovery plan is not easy … We think it is a difficult process, a Kamikaze operation”.

This bears asking: does the premier’s admission suggest the government has reached the end of its rope?

BEIRUT – The first round of talks between the Lebanese government and the International Monetary Fund concluded on Feb. 11.The negotiations, which resumed recently after a one-year pause brought about by a disagreement within the Lebanese team over the size of the losses in the financial sector, offer the government a second chance at demonstrating to its people and to the international...

Closed since the Beirut port explosion, Phoenicia Hotel to reopen in October