Here’s what happened yesterday and what to expect today, Thursday, Oct. 21 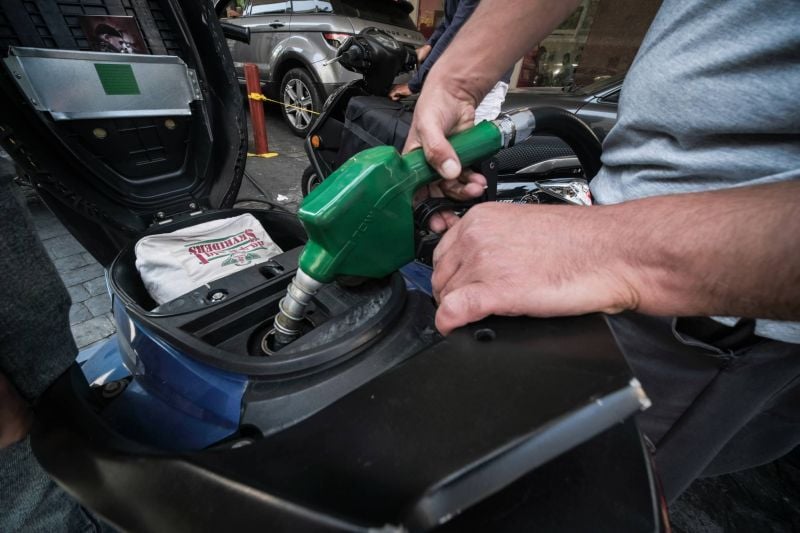 Twenty liters of fuel now cost almost half the monthly minimum wage after the Energy Ministry again hiked fuel prices by almost 25 percent yesterday. The cost of 20 liters of 95-octane and 98-octane gas is now LL302,700 and LL312,700, respectively. The price of the same amount of diesel increased by 15 percent to LL270,700. A tank of cooking gas now costs LL229,600. Fuel prices have risen by more than 1,000 percent since the beginning of the year, even as wages have stagnated. After the Energy Ministry announced the price hike, minor protests and roadblocks took place around the country, including at the Cola intersection in Beirut, as well as in Saida and Tripoli.

The consulting firm Alvarez & Marsal is set to resume its audit of Lebanon’s central bank today. The company is expected to submit an initial report to Finance Minister Youssef Khalil within the next 12 weeks. International donors and institutions including France and the International Monetary Fund have repeatedly requested a thorough and comprehensive audit of BDL’s financial statements. Though Alvarez & Marsal began an audit in September of last year, its work was brought to an abrupt end two months later when the central bank failed to provide crucial data, citing Lebanon’s banking secrecy law, and the government had to shell out $150,000 for terminating the contract. This time around, Parliament has lifted banking secrecy for BDL’s and public institutions’ accounts, and the current agreement is predicated on the condition that BDL has already been compiling and transmitting data to the Finance Ministry.

The new US mediator in Lebanon's maritime border negotiations with Israel, Amos Hochstein, met with senior officials in Lebanon yesterday to discuss the future of the currently-stalled indirect negotiations. Hochstein, a senior State Department energy advisor, met with President Michel Aoun, Parliament Speaker Nabih Berri, Lebanese Army chief Joseph Aoun, and Foreign Minister Abdallah Bou Habib to discuss the demarcation of the maritime border with occupied Palestine. Hochstein also spoke with Lebanese officials about the future of a project to supply Egyptian gas to Lebanon via Jordan and Syria, which has backing from the US despite its sanctions on Syria. A statement from Energy Minister Walid Fayyad said Hochstein had assured him that the initiative would be exempt from sanctions under the Caesar Act.

Ibrahim Hoteit, who formerly represented a committee of Beirut port blast victims’ families, delivered a letter to the Justice Ministry seeking Judge Tarek Bitar’s removal as lead investigator into the explosion. This about-face by Hoteit, who previously supported Bitar, began on Friday when he spoke out against the judge’s inquiry and called for his resignation in a video posted online. Many people, including other victims’ families, quickly expressed concern that Hoteit had made the statement under duress. But in a video released on Sunday, he said that he came to the decision to withdraw his support for Bitar’s investigation after speaking with the judge following Thursday’s bloody clashes in Tayyouneh. The NNA reported that the letter Hoteit delivered had been signed by a “group of port martyrs’ families.” A statement from a group of victims’ families, however, asserted that Hoteit “represents only himself and two families with him.” A Justice Ministry spokesperson told L’Orient Today that Hoteit was accompanied by two other people when he delivered the letter but could not confirm whether other families had also signed it and, if so, how many. Hoteit did not respond to a request for comment.

Agricultural production in Lebanon is passing through a “sharp and dangerous decline,” a new report from the Lebanese Center for Research and Agricultural Studies has found. According to the assessment, the value agricultural production for fruit and vegetable crops in Lebanon plummeted from $1.1 billion in 2019 to $736.9 million in 2020, a 33 percent decrease, while the value of animal goods such as meat and milk declined by 14 percent, from $815.0 million in 2019 to $696.1 million in 2020. The report found that because of the economic crisis, “the private sector financing system of Lebanese agriculture collapsed, the agricultural credit chain was interrupted, and farmers were deprived of credit.” The report continues: “Until a fixed foreign currency policy is determined by the monetary authorities ... the Lebanese agricultural sector shall experience a decrease in the volume of produced crops, a deterioration of crop quality … [and] a decrease in farmer’s revenues.” The report says these conditions may lead to civil unrest in rural areas and an exodus from rural areas to "misery belts" around the cities.

Want to get the Morning Brief by email? Click here to sign up.Twenty liters of fuel now cost almost half the monthly minimum wage after the Energy Ministry again hiked fuel prices by almost 25 percent yesterday. The cost of 20 liters of 95-octane and 98-octane gas is now LL302,700 and LL312,700, respectively. The price of the same amount of diesel increased by 15 percent to LL270,700. A tank of...