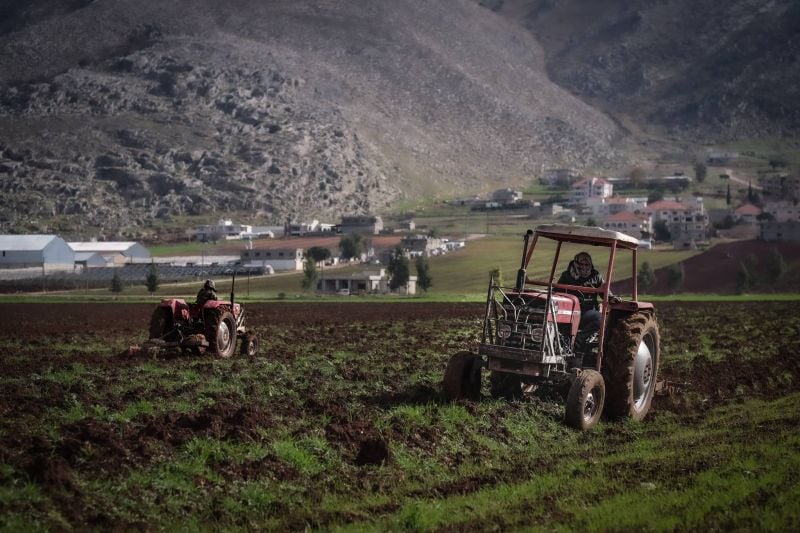 BEIRUT — Lebanese agricultural production saw a “sharp and dangerous decline” in 2020, a newly released report by the Lebanese Center for Research and Agricultural Studies (CREAL) found.

• The report noted that the plummeting Lebanese currency has resulted in a situation in which already-indebted farmers are unable to access credit to buy farming inputs, and as a result, have cut back on planting, while successive bad crop seasons also cut into their ability to pay back debts. As of October 2019, farmers’ debts to retailers totalled about $80 million while retailers’ debts to banks and to importers stood at about $60 million, the report said.

• Farmers have also been suffering from the effects of the Saudi ban on Lebanese produce, as L’Orient Today previously reported.

• “Until a fixed foreign currency policy is determined by the monetary authorities, which allows importing supplies in the right conditions, and exporting Lebanese agricultural products in a way that achieves the best returns, and until the market of domestic input trade and of wholesale agricultural products is following an equitable system to all operators, the Lebanese agricultural sector shall experience a decrease in the volume of produced crops, a deterioration of crop quality … [and] a decrease in farmer’s revenues,” the report noted, adding that the situation might lead to “the increase of social unrest in the rural community and more rural exodus towards the misery belts around the Lebanese cities.”

Lebanon has registered 1,409 new COVID-19 cases in the past 24 hours. Ten people have died, bringing the...

PM Najib Mikati said his call with the Saudi crown prince and French president was an “important step” for...

Families of Beirut port explosion victims called on MPs not to move the investigation into the Aug. 4, 2020...

In its weekly statement, the Free Patriotic Movement has once again called on PM Najib Mikati to convene...