Here’s what happened yesterday and what to expect today, Friday, Sept. 17, and this weekend 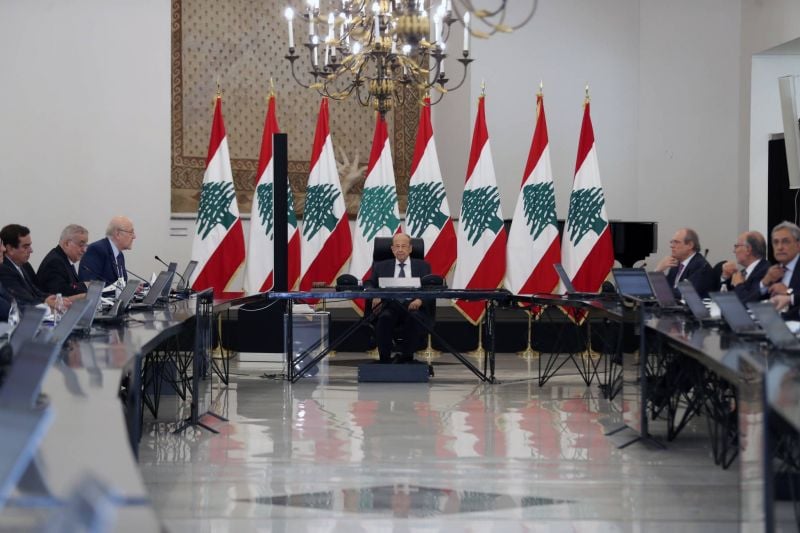 The cabinet approved a ministerial statement charting the course the government will follow in addressing Lebanon’s multidimensional crisis. Ambitious in scope and flowery in language, the statement — whose revised title is “Together for the Rescue” — first summarizes the indignities that the Lebanese have been confronted with in recent years. It then lays out an ambitious sector-by-sector reform agenda spanning issues from the electricity crisis to the lack of health care access to the brain drain to the Beirut port investigation and beyond. But with the ministers’ term set to last only about eight months — up until the 2022 parliamentary elections — the statement seems better suited as a helpful blueprint for the next government to piggyback off of than a realistic strategy for the current one. The statement will now be sent to Parliament for the MPs’ review before they vote on whether to grant the government confidence in a session whose date has not yet been publicly announced.

The lira continued making gains against the US dollar yesterday, trading below LL14,000 — its strongest value since early June. One exchanger whom L’Orient Today spoke with proffered that the lira was still gaining ground because of the government’s formation last week, but he expects a downward turn once fuel subsidies are ended, which is expected imminently. The lira’s value has been volatile of late, rising in value from LL18,000 just a week ago; it sold for a record low of LL24,000 back in July following the resignation of Saad Hariri as premier-designate after nearly nine months of political infighting.

Highly anticipated — and highly fraught — Iranian diesel shipments began arriving in Lebanon’s Bekaa Valley yesterday. Despite Hezbollah leader Hassan Nasrallah’s request to the contrary, the trucks were met with celebrations by local party supporters, with videos showing gunshots being fired in the air in Hezbollah strongholds. The diesel marks the arrival of the first of at least four anticipated fuel shipments that are being brought by tankers to Syria and then trucked to Lebanon to evade US sanctions. While officials sort out how to distribute the initial 4 million liters, a Hezbollah spokesperson said the remaining diesel from the shipment — approximately 26 million liters — will be brought to Lebanon over the next several days. Nasrallah said in a speech on Monday that the second shipment can be expected in “a few days.” Meanwhile, newly imported subsidized fuel is set to arrive at gas stations today after the Energy Ministry rescinded a decision asking distributors not to release it. The shipments are expected to last a maximum of 15 days.

An arrest warrant is out for Youssef Fenianos after the former public works minister failed to appear for questioning today in relation to the Beirut port blast probe, a judicial source told L’Orient Today. The source added that Fenianos has been barred from traveling abroad. The arrest warrant comes after Fenianos — whose legal immunity as a lawyer has been lifted by the Tripoli Bar Association — failed to turn up twice for questioning. However, judicial sources said Fenianos is unlikely to be brought into custody. Bitar’s next session is scheduled for Monday with former Premier Hassan Diab, but Diab too seems to have absconded, traveling to the United States earlier this week. A spokesperson for Diab previously told L’Orient Today that his trip was unrelated to his interrogation.

Residents in several areas of Mount Lebanon and Beirut appear set to experience water rationing after the water utility serving them said it ran out of diesel to sustain its operations. The Beirut and Mount Lebanon Water Establishment announced yesterday that its diesel reserves have been depleted because it allegedly has not received a fuel delivery since last week. A statement from the water utility said the establishment requires diesel deliveries more or less every day in order to sustain its operations and maintain its staff and equipment. The rationing will affect Chouf and Aley residents, as well as those in Kesrouan and Metn, the establishment said, asking that the authorities “give this crucial matter a bit of attention.” This is the second time in as many months that residents of these areas have faced the risk of water shortages because of interruptions in the establishment’s work due to fuel shortages. The United Nations Children’s Fund (UNICEF) warned again last month that the issue had put water access at imminent risk for some 4 million people in the country.

Want to get the Morning Brief by email? Click here to sign up.The cabinet approved a ministerial statement charting the course the government will follow in addressing Lebanon’s multidimensional crisis. Ambitious in scope and flowery in language, the statement — whose revised title is “Together for the Rescue” — first summarizes the indignities that the Lebanese have been confronted...