Here’s what happened yesterday and what to expect today, Thursday, Sept. 16 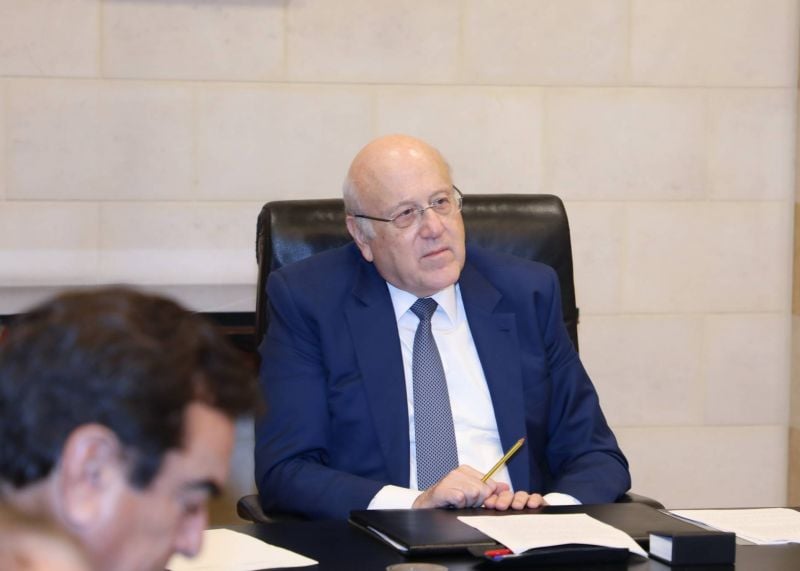 The incoming government is expected to vote on a ministerial statement today before legislators debate whether to give the government confidence early next week. Yesterday, a committee of new ministers finalized a nine-page draft of the statement, whose priorities include resuming stalled talks with the International Monetary Fund, enacting reforms demanded by donors to unlock sorely needed assistance for the country and ensuring the parliamentary elections scheduled for next year take place as planned. Once the statement is adopted, Parliament will schedule a session to vote on whether to grant the new government confidence — a move that would fully empower the new ministers and end over 13 months of caretaker-status government.

The first convoy of Iranian diesel is expected to arrive in the Bekaa Valley today. The fuel, which was shipped to Syria to be trucked to Lebanon, was announced by Hezbollah leader Hassan Nasrallah and reportedly paid for by a group of Lebanese businessmen. Public events to welcome the first convoy of trucks have been canceled. Meanwhile, an initial shipment of 30,000 tons of fuel oil as part of a convoluted deal with Iraq has arrived at the Deir Ammar power plant in northern Lebanon, Électricité du Liban confirmed to L’Orient Today. The deal, whereby Lebanon is obtaining 1 million tons of high-sulfur fuel oil from Iraq that is then swapped for fuel compatible with its plants to generate power, is supposed to enable the state utility to produce four to six hours of power daily. Meanwhile, a fuel sector insider told L’Orient Today that three major fuel importers had begun offloading shipments, while three more companies were set to do so imminently after payment issues with Banque du Liban were apparently resolved. A separate source for one of the importers said that once offloaded, the fuel from the ships would have provided fuel for up to 15 days.

Consumer prices more than doubled from July 2020 to July 2021, spurred by major increases in the prices of transportation and food. New data from Lebanon’s Central Administration of Statistics reveal the consumer price index rose by 123 percent year on year. The most dramatic increases were in the cost of transportation and food, which skyrocketed by some 250 percent when compared with a year prior — a more than threefold increase. Most other categories of expenditures also saw a doubling or tripling compared with the same time last year. The only areas where prices did not at least double — housing, communications and education — are subject to varying amounts of government price controls. With inflation soaring, cash-strapped Banque du Liban is set to receive some $1.135 billion today to bolster its foreign currency reserves in exchange for Special Drawing Rights issued by the International Monetary Fund.

Former Public Works Minister Youssef Fenianos is set to appear before Tarek Bitar today after the lead Beirut port blast investigator questioned a former intelligence official yesterday. Lawyers for Fenianos, whose session was postponed from Sept. 6, had presented two formal appeals in which they argued the judicial investigator lacked jurisdiction to interrogate the former minister, claiming that the authority to prosecute him rests with the Court of Justice. The Tripoli Bar Association lifted Fenianos’ legal immunity as a lawyer in July. Immunity granted to various public officials has stifled Bitar’s efforts on several occasions and prevented him from questioning figures such as the directors-general of General Security and State Security, with the red tape leading to doubts about whether the investigation will be able to bring about justice. Yesterday, more than 140 rights groups, individuals and families of the explosion’s victims sent the United Nations’ Human Rights Council an open letter urging it to launch an independent investigation into the port blast, saying such a move would aid local investigative and judicial efforts.

Truck drivers at Beirut port will hold a general assembly this morning to decide on whether to announce an open-ended strike. The truckers boycotted a meeting yesterday with their trucks’ owners yesterday, after demanding the owners make improvements to their compensation package, including a wage hike of $125 in cash, a transportation allowance, school grants for their children and annual leave. The meeting was attended instead by the National Federation of Trade Unions, which is mediating the dispute and told L’Orient Today in a statement that an agreement had been reached to bump up truckers’ salary to LL1.2 million — currently less than $90. Truckers will now have to decide whether this amount, while it falls shy of their demands, is enough to keep them from striking, which one food sector executive warned could contribute to a “major disaster” by hindering port operations.

Want to get the Morning Brief by email? Click here to sign up.The incoming government is expected to vote on a ministerial statement today before legislators debate whether to give the government confidence early next week. Yesterday, a committee of new ministers finalized a nine-page draft of the statement, whose priorities include resuming stalled talks with the International Monetary Fund,...